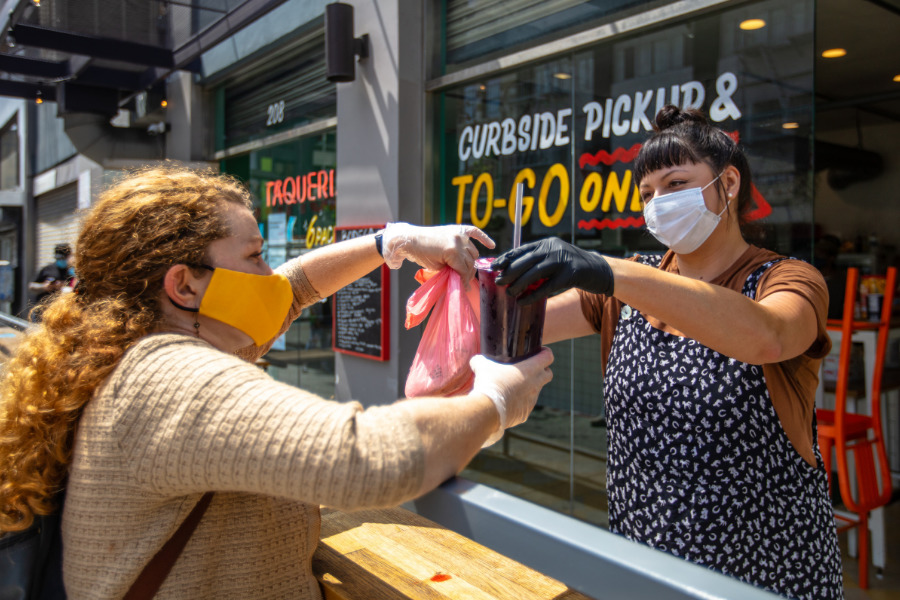 As the pandemic continues and vaccines become more readily available in the U.S., here are some insights into how consumers feel about dining out and shopping in stores:

A significant number of Americans won’t eat out until herd immunity arrives, with 25% to 30% of respondents in a Harris Poll conducted for USA Today saying as much. Thirty-five percent of those surveyed said they would feel safe eating indoors a few weeks after their second vaccine shot or earlier.

These attitudes come as the CDC recently observed a link between COVID-19 spikes and increased dining out, reported Eater (March 8). Examining county-level data from March 1 to Dec.31, 2020, researchers found that reopening restaurants for on-premises dining was followed by a rise in infections and deaths six to 11 weeks later, especially when mask mandates were not in place.

Interestingly, despite such consumer attitudes, just 10% of all U.S. food establishments have closed permanently since the pandemic began, according to Datassential. The quick-service industry, which is the largest segment of the foodservice industry, has weathered the pandemic with the fewest closures, at 9.8%.

Many shoppers will continue with new habits developed during the pandemic, according to a new report from Acosta. The firm identified four distinct shopper groups that emerged from the pandemic: