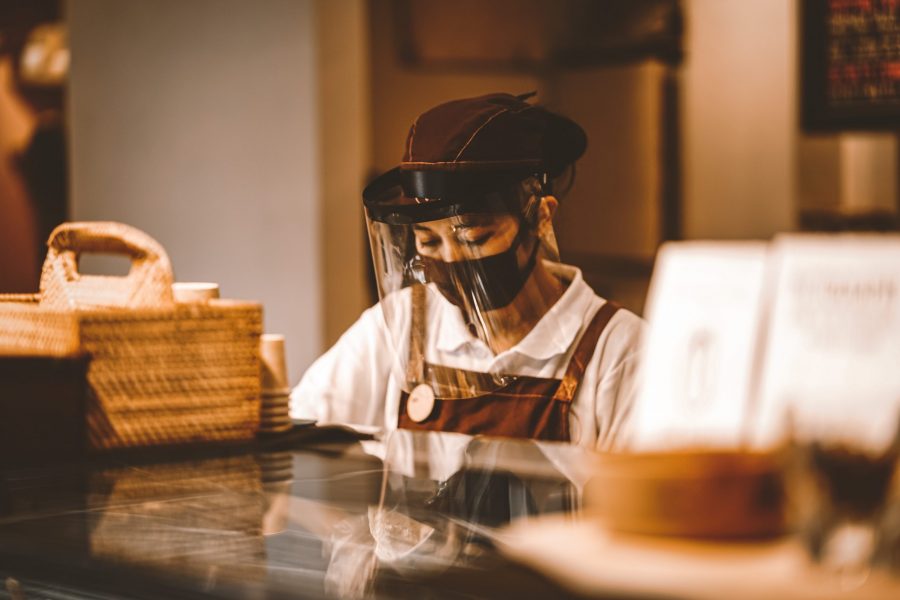 The Food Institute Podcast recently spoke with Rick Camac, dean of Restaurant & Hospitality Management for the Institute of Culinary Education in NYC, about what restaurateurs should know about post-pandemic foodservice models.

Camac has succeeded in launching startups as well as running large regions for billion-dollar organizations throughout his career. In the restaurant industry, Camac’s primary focus has been in concept development, branding, investment, business development, operations, and management. He was involved in the opening of 12 restaurants, both in the U.S. and abroad, and has owned two restaurants that thrived for over 10 years in NYC.

“We have some challenges ahead of us, but the foodservice industry is creative and will learn to pivot,” said Camac.

When COVID hit, Camac noted the first thing many companies had to do was call their landlords to work out a deal. Since deferment wasn’t good enough in many cases, Camac recommended working in a percentage of sales rent deal. This means a restaurant could make a deal where they pay 10% of their current sales as rent until the end of the COVID-related issues.

“If you can’t work out a deal like that you are in trouble and going to lose money, and may want to consider closing or pivoting to another model that makes more sense in the short term,” he said.

What are those models? Some include takeout, delivery, and outdoor dining. “You have to become omni-channel and think about how else your space can be used to make money,” said Camac.

Delivery and takeout were the most obvious ways for restaurants to pivot, but some began selling groceries as well. The retail-as-market model is likely not a passing fad as it became a viable business model for struggling locations, reported Bloomberg.

For example, Popular Brooklyn bar and café Fort Defiance transitioned to Fort Defiance General Store-a move that could also be permanent. “I have a bad feeling about operating as a full-service bar and restaurant again,” said owner St. John Frizell. Frizell now stocks 150 items for pickup and is investing in grocery store equipment, including a $6,000 chicken rotisserie and $3,000 dairy cases.

Once outdoor dining was permitted, it became an option for many who never offered it before. However, weather is a huge issue with this model. “We’ve always been held hostage by weather, and now it’s so many times worse than it was before,” said Camac.

When it begins to rain during outdoor dining, restaurants not only lose the rest of the night’s business but may have to give away the food already being consumed for free.

For restaurants that never offered outdoor dining, delivery, or takeout, logistics became an issue. “You have to worry about who your third-party vendor is, what kind of packaging you’re using, and is it gonna carry well, etc.,” noted Camac. “These were not issues for some restaurants ever before.”

Restaurants also pivoted to a more streamlined menu. On Uber Eats, many restaurants are only offering a shorter menu, which is easier for delivery, pickup, etc. A streamlined menu will lead to less waste and therefore less cost of sales.

Meanwhile, Camac predicts ghost kitchens will likely continue to grow. “I’m a big believer in ghost kitchens, I’ve seen this coming for quite a while,” he said. “Ghost kitchens are becoming prevalent everywhere and there’s some opportunity for commissaries to sell multiple brands out of one space.” The same group of people can be cooking different brands, which helps save on labor.

Camac also believes ghost kitchen food halls are a trend to watch. Currently, if a consumer wants items from three different restaurants, they’d have to make three different orders. But with a virtual food hall concept, they could do so on one bill.

“When partnering with a third party, your profits go out the window,” he said.

It is more profitable for restaurants to do the deliveries themselves. Camac noted that if delivery companies don’t pivot themselves, they will be in trouble. Fees will eventually either get pushed down by competition in the market or by regulatory factors.

However, one company may have a possible solution. CaterCow released a product called Fare, which offers a limited delivery/menu that purchases in groups. They focus on an area and deliver in bulk to that area—cutting down on cost.

In an area like New York City, where delivery employees must travel from borough to borough, there’s almost no way to make money, noted Camac, unless they come up with a smarter approach—such as how CaterCow has done.

Meanwhile, high-end restaurants that never would have considered delivery in the past are now relying on it. “If you asked them five months ago if they would do delivery, they would have looked at you like you had three heads, and many would admit they had no idea how to even do it,” said Camac.

Now, numerous high-end restaurants have pivoted to the delivery model—a trend that Camac expects to stay.

Consumer habits shifted during the pandemic, thus, restaurants will be forced to stay somewhat in line with what customers are now accustomed to. “We’ve changed our dining habits, learned to cook better, are getting a lot more delivery and takeaway at home, and are comfortable sitting at home in front of our favorite Netflix show with a dinner delivered from a high-end restaurant,” said Camac.

Consumers have become more comfortable spending higher amounts of money on delivery during COVID, which many would have never considered beforehand.

Additionally, Camac expects the consumer trend of quick and healthy meals to continue. Today’s prepared, takeaway food can be much healthier and better prepared than several years ago when the options were few and far between, he noted.

“What we’re learning is that people want to eat quicker, better, and healthier. They want more convenience and want you to put it together for them or give them easy advice on how to,” he added. “Any businesses going down that path are on a growth trend that’s not slowing down.”

To listen to the full Food Institute Podcast click here.