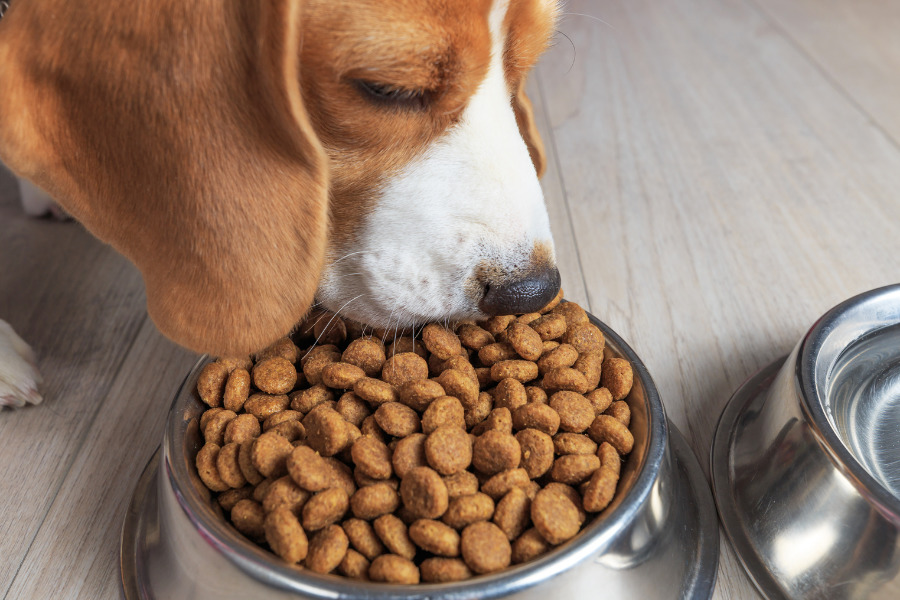 While it may seem like some of your friends and family are a little over the top when it comes to lavishing their four-legged friends with top-shelf pet foods and specialty items, they’re actually part of a large and growing group of dog and cat owners embracing the trend of “pet humanization.”

And with this trend, people are projecting their personal tastes onto their pets, fueling growth in the premium pet food segment and the overall pet food category.

For example, A survey of pet owners conducted by the Michelson Found Animals Foundation showed that 70% of people who follow a specialized diet for themselves have also put their pet on a special diet. At the same time, pet owners are increasingly seeking out (and are willing to pay more for) sustainable pet food ingredients, operations, and packaging as consumers as a whole embrace environmental, social and governance efforts.

Experts say pet humanization is largely driven by Millennials, who are delaying parenthood but still want something to love and spoil.

“Pets are becoming a replacement for children,” said Jean Twenge, a psychology professor at San Diego State University and author of “Generation Me.” “They’re less expensive. You can get one even if you’re not ready to live with someone or get married, and they can still provide companionship.”

A recent ResearchAndMarkets.com report cited a study showing that nine out of ten Americans who own pets consider them as a part of the family, bolstering the growing trend of imbuing pets with human characteristics. Further, U.S. spending on pets increased from 41.2% in 2007 to 69.4% in 2018, out of which the money spent on pet food occupied over 40% to 45%.

And with home-bound Americans driving record pet adoption amid the pandemic, the market is primed for growth.

Shelter Animals Count, which tracks about 500 rescue organizations across the U.S., recorded 26,000 more pet adoptions in 2020 than in the year before — a rise of about 15 percent. In April near the beginning of the pandemic, it saw the national pet adoption rate jump 34 percent over the same time a year earlier, according to the group’s “Covid-19 Impact Report.”

“We now see new pet owners enter the market, with increased adoptions, or folks delaying their families and bringing pets to the home before kids,” said Amy Patterson, general manager of Petsource, in a Bloomberg interview. “We tend to buy more toys, feed them ingredients that we would feel comfortable feeding ourselves.”

With that, there is increased traction in the premium pet food segment.

“Just like in the human-food industry — trends for more healthy and nutritious and cleaner labels — the pet food industry is going along the same lines,” said Jon Heussner, operations director for Scoular Co.’s Petsource unit, told Bloomberg. “You watch TV and you see in the commercials, it’s all pure proteins, not a lot of artificial ingredients, and it’s kind of the same thing.”

Against this backdrop, the global pet food market is expected to grow at a compound annual growth rate of 4.6% and reach $124.9 billion by 2027, according to Grandview Research.

Among the recent pet food headlines signaling market expansion, Ben & Jerry’s has entered the pet food business. The company is introducing a line of frozen dog treats called Doggie Desserts made with the same ingredients it uses in its non-dairy desserts.

Over the long term, the premiumization and humanization trends should continue to drive pet food market growth. However, as the pandemic subsides and people get back to their regular routines and out of the house, it is likely that expansion will level off.