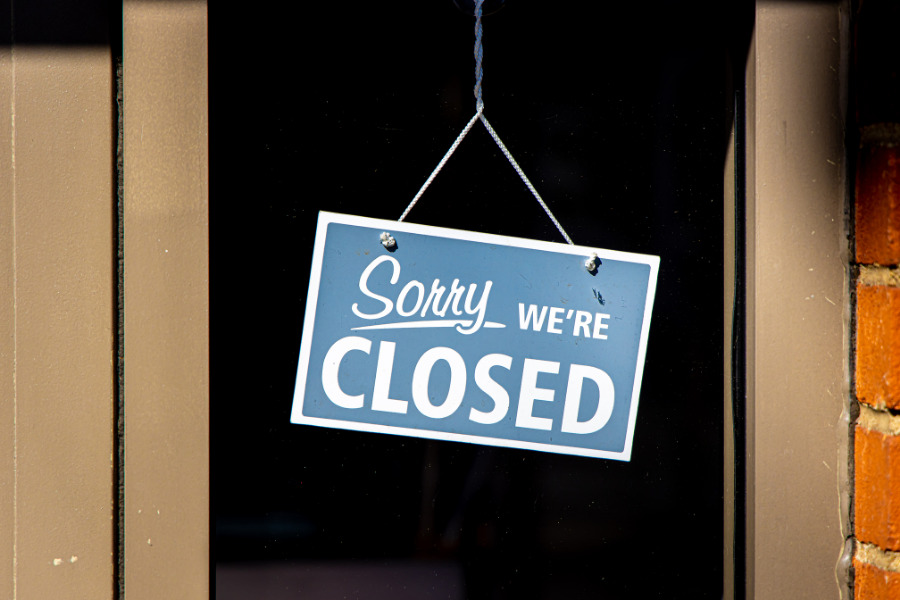 More than 110,000 restaurants have closed permanently or for a long period of time throughout  the U.S. as the industry is contending with the coronavirus pandemic, says the National Restaurant Association.

The total, which represents one in six U.S. eateries, was up from the 100,000 shutdowns reported in September. Eighty-seven percent of full-service restaurants report an average 36% drop in sales revenue and 83% expect sales to be even worse over the next three months.

On top of decreased sales, 59% of operators say their total labor costs are higher than they were pre-pandemic. Fifty-eight percent of chain and independent full-service operators expect continued furloughs and layoffs for at least the next three months.

“What these findings make clear is that more than 500,000 restaurants of every business type—franchise, chain, and independent—are in an economic free fall,” said Sean Kennedy, EVP for public affairs in a letter to Congressional leadership.

The letter shared the new survey findings and offered support for the moderate compromise proposal as a “down payment” toward a larger relief package in 2021.

“In short, the restaurant industry simply cannot wait for relief any longer,” said Kennedy. “We appreciate the efforts of a group of moderate members of the House and Senate to advance a true compromise between the competing proposals from Democratic and Republican leaders. If this moderate plan represents a ‘down payment’ for a larger relief package in early 2021, it will provide restaurants with immediate relief to hold on through the most dangerous point in our business year.”

The pandemic led to the end of restaurants that had already been struggling. For instance, Private-equity firm Sun Capital Partners has accelerated its exit from the casual-dining business, reported The Wall Street Journal (Dec. 3).

Sun Capital, which had previously been an active investor in dining chains, is expected to sell five restaurant holdings in 2020 alone if it gets court approval for a sale of bankrupt Friendly’s by the end of the year. This would leave it with just one restaurant holding, Smokey Bones, in 2021. The firm eventually plans to sell Smokey Bones as well, according to Marc Leder, co-founder and co-CEO of Sun Capital.

However, some businesses aren’t ready to throw in the towel just yet. New York City restaurants are getting creative in serving their guests, reported Forbes (Dec. 8).

Restaurants in the city can currently seat guests at 25% capacity indoors with a 10 p.m. curfew on dine-in service, but a complete shutdown of indoor dining grows more and more likely.

Operators are responding by adapting to the current environment.  One example is Brooklyn-based Sweet Chicken which had to close back in March. When thinking of how to reopen, the owners decided to shift from full-service to quick-service, opening back up in May with a new concept: Lil’ Sweet Chick.

Additionally, Nan Xiang Xiao Long Bao in Flushing has been experimenting with operations and its menu. After closing its doors for less than three weeks, the restaurant began selling frozen products for customers to make at home.