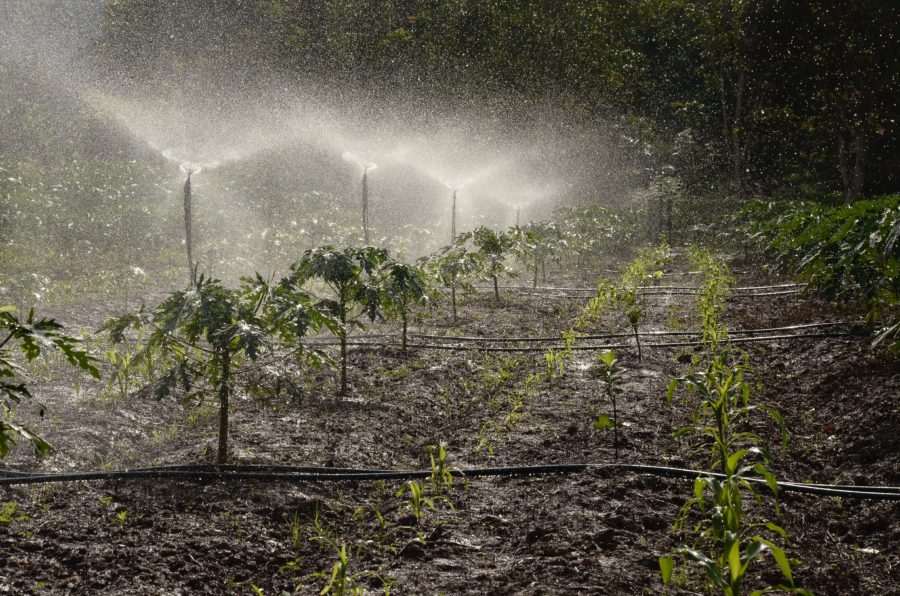 Several crops are suffering from the effects of severe weather over the last month or so.

Arkansas’ rice harvest is off to a slow start because of weather not conductive to drying grain and will likely extend into early November, reported Delta Farm Press (Sept. 23).

“We could be at 90% harvested by mid-October with any luck,” said Jarrod Hardke, rice extension agronomist, University of Arkansas System Division of Agriculture. “Some acres planted in June could drag things out a little while.”

Hardke noted Hurricane Laura and subsequent rains caused less damage than initially feared but is “slowing harvest in the areas most affected as we try to manage and pick up the downed rice.”

Rice harvest was roughly one-third complete on Sept. 15. The long-term forecast for now is for drier and cooler conditions. “We will pick up a good head of steam over the next 10 days, we hope,” said Hardke.

Typically, during the best harvest windows, producers see only about a 20% jump in harvest progress in a given week. Hardke anticipated that by the Sept. 21 NASS report, Arkansas rice would be 40% harvested.

In Louisiana, rice producers were looking at one of their best crops on record as harvest was winding down in southwest parishes and well under way to the east—until Hurricane Laura hit, leaving $28.5 million in losses to the main and ratoon crops, as well as damage to structures and rice in storage.

One of the biggest problems was the drought, which afflicted much of northern New England throughout the summer. The rural Maine counties that contain most of the country’s wild blueberry fields are also currently facing moderate drought conditions, as indicated by the U.S. Drought Monitor.

Additionally, the surprise frost in early June contributed to a challenging season, according to Lily Calderwood, a wild blueberry specialist at University of Maine Cooperative Extension.

“It was uniquely challenging, but we have had late frosts in the past and we have had drought in the past,” she said. “The growers are a very resilient group of farmers who grow a very diverse crop.”

The five-year average for the size of the crop is nearly 84 million-lbs. but signs point to a crop that could be half of expectations this year, according to the Wild Blueberry Commission of Maine. However, demand for the fruit increased recently, and the industry can bounce back from the tough year, noted Eric Venturini, the executive director at the commission.

“Despite the down year in terms of production, demand is high,” he said. “I think leveraging, that will definitely be part of the game plan.”

An early September heatwave appears likely to reduce the size of next year’s California avocado crop.  Temperatures as high as 118 degrees during the Labor Day weekend caused fruit to drop from trees, but marketers say the current crop will be larger than first expected.

The 2019-2020 California avocado season was expected to be a strong one, with farmers projected to exceed the commission’s volume estimate of 373 million-lbs.

“The way things are going, it looks like the harvest is going to continue late into the season,” said Tom Bellamore, president of the California Avocado Commission in Irivine. “We’re thinking we may well end up above that 373—possibly as high as 390 million-lbs.”

That would be a steep rise from the 2018-2019 season, when California avocado farmers produced 216.6 million-lbs. of fruit, according to commission figures.

Farmers say demand fluctuated during the pandemic, but that people appear to be buying more avocados for at-home use.

Hazy skies caused by the smoke slowed drying of raisins and other crops. The most serious impact has likely been felt by winegrape growers, some of whom had their entire crops spoiled by smoke and rejected as usable by wineries.

Sonoma County winegrape grower Ryan Petersen’s vineyard outside Healdsburg suffered burns to half the property from the LNU Lightning Complex fire earlier this month. Although the other half of the vineyard did not get scorched, he said none of the grapes will be salvageable because of “significant damage” from the smoke.

Laboratories that test winegrapes for damaging chemicals in smoke say they are backlogged so it may take some time for overall impact on the crop to be known.