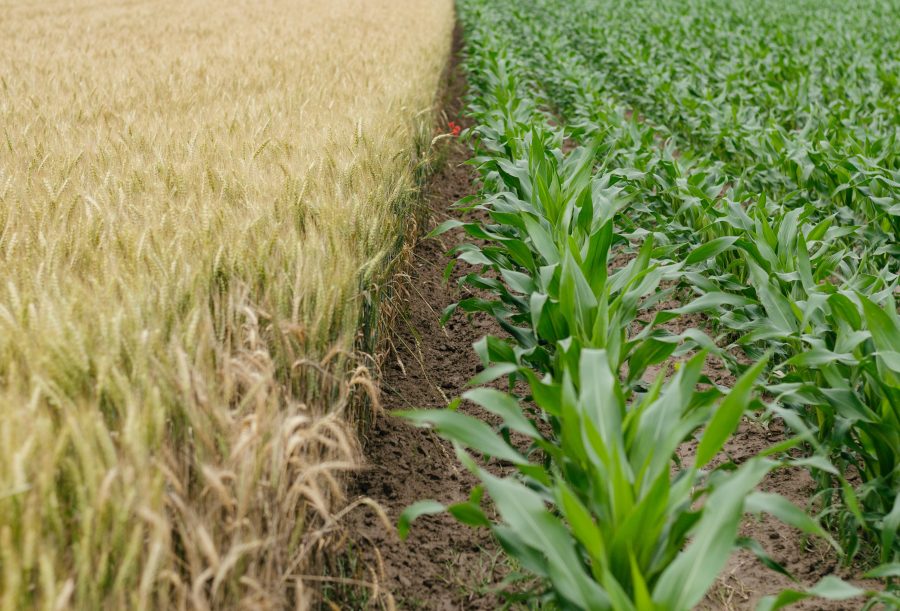 Recent storms across the country have caused major disruptions to farmers—particularly in Texas and Iowa.

Before the storm, the cotton crop looked good and expectations were average to above average for most producers—especially if they had irrigation. Harvest was only just beginning with about 2% harvested before the storm hit. Most fields were defoliated, and cotton bolls were open with a lot of lint exposed.

Initial assessments by AgriLife Extension experts and producers estimate 90-100% cotton crop losses for around 138,000 acres. Some acres remained underwater for a period of time due to heavy rains. Other row crops, such as corn and sorghum, were harvested prior to the storm, but some alternative crops like sesame and citrus also experienced damages.

Similar to cotton, sesame fields were mostly ready for harvest. There were reports of sesame blown over with seeds on the ground due to high winds, while other fields were expected to rot before fields dry.

Sugarcane was also blown over, while citrus orchards, mostly grapefruit and some oranges, took significant damages as well.

Although tree losses weren’t reported, developing citrus dropped due to high winds, reported RFD TV (Aug. 11). “Estimates right now on the grapefruit is about 30% crop loss on the ground so far,” said Dale Murden, the president of Texas Citrus Mutual. “Oranges seem to have come through it a little better. We don’t see as much, if any, fruit drop on the ground with oranges. It’s a tough thing to judge, counting fruit on the ground versus what you thought you had on the tree this early in the year.”

Murden indicated it was previously shaping up to be a good year for citrus growers in the region. “Now, with a 30% loss, we’re plugging in about a $66 million dollar loss at this point.”

The storm was unlike any other over the last 20 years, including the last big one—Hurricane Dolly in 2008, reported RFD TV (Aug. 18).

Farmer Mike England noted that he had never seen so much sugar cane snapped by a storm. “Sugarcane alone has been estimated at about $25 million dollars in lost in tonnage because of snapped cane and unharvestable cane.”

Losses have even been reported in cattle.

Meanwhile, Iowa is dealing with its own damage from a derecho—a line of intense and fast-moving windstorms that marauded across the prairie, reported The New York Times (Aug. 15).

State officials estimate that as many as 14 million acres of farmland in Iowa—more than a third of the state’s total farmland—were damaged, an increase from an earlier estimate of 10 million acres.

For Brian Sampson of Nevada, IA, 80% of his 1,000 acres of corn were destroyed, a building that houses cattle was ripped apart, and the roof of a grain bin and another small outbuilding were also destroyed. The property damage alone could cost him $350,000, which is not including the reduction of his corn harvest.

The state wants federal officials to give Iowa farmers the option to not harvest corn and soybeans severely damaged in the storm, reported Des Moines Register (Aug. 18).

“Some acres are a total loss and it will not be feasible for farmers to harvest them,” said Iowa Agriculture Secretary Mike Naig.

Farmers would usually be asked to harvest damaged corn and soybeans to salvage some part of their crop, but many fields were flattened by winds that exceeded 100 mph and, in some places, hail.

The corn may not fully mature or recover before harvest, leaving farmers to deal with yield losses, grain quality issues, and limited marketing options, according to the Iowa Agriculture Department.

Naig asked the Trump administration to consider boosting the insurance payments to farmers, which would increase the amount of crop that’s insured.

President Trump later said he signed an emergency declaration for Iowa to help supply federal money to help the state recover, but federal emergency management officials later confirmed he only signed a portion of the request, reported Capital Press (Aug. 18).

A Federal Emergency Management Agency spokesman said in an email that Trump approved the public assistance portion of the governor’s request totaling about $45 million covering 16 counties. That portion of the declaration provides debris removal and repair to government buildings and utilities. He did not, however, approve the individual assistance request for 27 counties that includes $3.77 billion for agriculture damage to farmland and $100 million for private utilities repair.