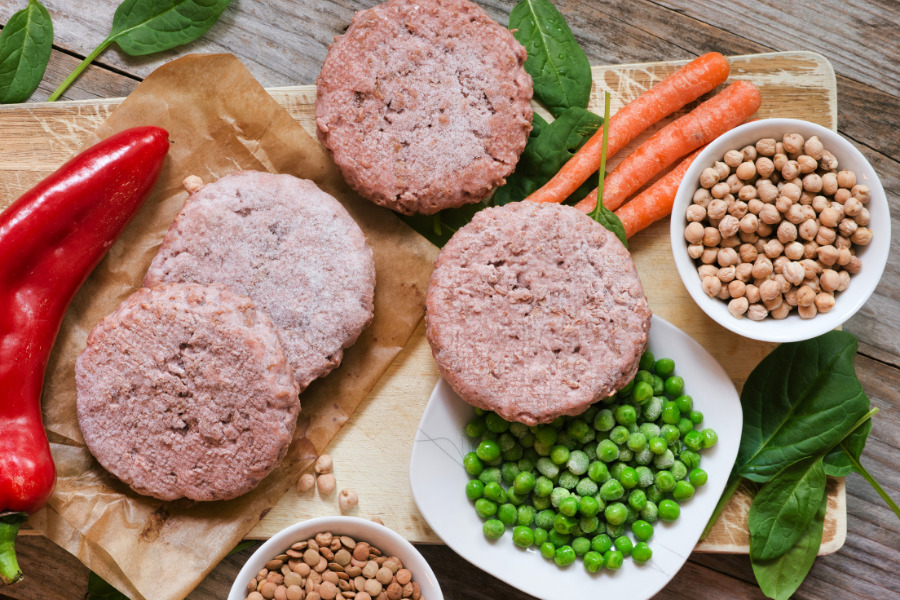 The world’s largest meatpacker is looking to appeal to those who want to eat less meat. Brazil’s JBS will buy Dutch vegetable-based protein company Vivera for $408.1 million, reported Reuters (April 19).

Vivera includes a portfolio of 50 products and sells in the Dutch, German and UK markets, accounting for roughly 60% of Europe’s plant-based protein market. It currently has $100 million in annual revenue, making it the third largest plant-based protein company in Europe.

Vivera will give JBS more exposure to the meatless segment, according to JBS CEO Gilberto Tomazoni. The acquisition adds to JBS’s Planterra unit that sells the OZO brand and its Seara unit’s Incrível line in Brazil.

The aforementioned move by JBS is part of a shift in meat companies, including Tyson, towards becoming overall protein companies, rather than solely meat. Tyson jumped into the plant-based sector back in 2019 with the launch of its Raised & Rooted brand.

“It’s a growing segment globally…we will be a relevant player in this sector,” Tomazoni told Reuters. “The acquisition makes strategic sense, to greatly accelerate our strategy in the plant-based segment.”

JBS is joining major players Beyond Meat and Impossible Foods who both saw success during the pandemic. Impossible saw so much success that it’s reportedly planning for a $10 billion public listing within the next year, either through an IPO or a SPAC.

While plant-based protein still makes up a small portion of the overall protein market, the segment has been gaining momentum, with the market expected to reach a value of $21.2 billion by 2027. As many as 6% of U.S. consumers say they are vegan — a six-fold increase compared to just 1% in 2014, according to research firm GlobalData.

Additionally, about 1% of consumers in the U.S., UK, and Germany are very interested in alternative proteins, according to a report from Boston Consulting Group and the Blue Horizon Corporation. Sixty-six percent are somewhat interested, indifferent, or somewhat not interested; while only 23% are not interested at all.

That whitepaper found that about 13 million metric tons of alternative proteins were consumed globally in 2020, just 2% of the animal protein market. However, it is expected that consumption will increase to more than seven times that size over the next 15 years, to 97 million metric tons by 2035.