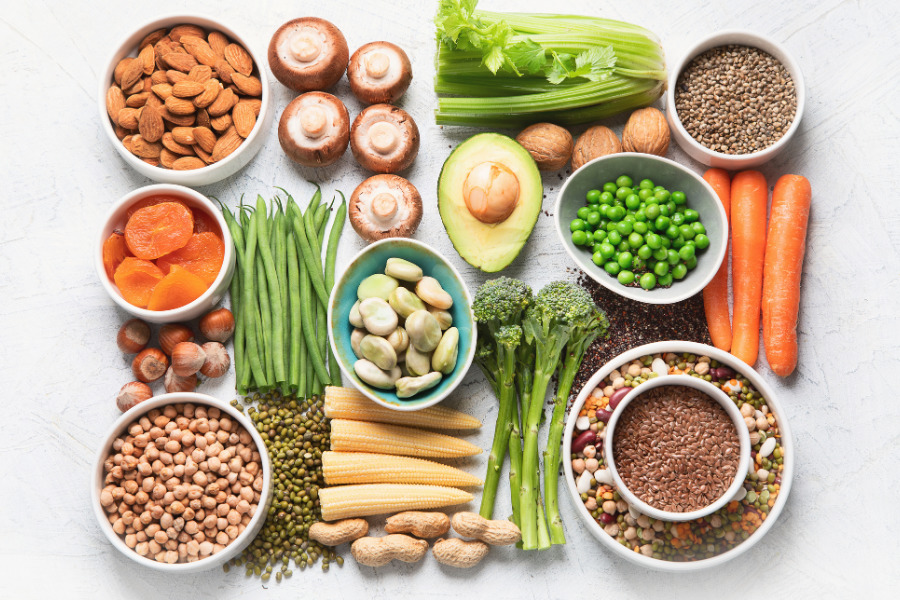 While plant-based protein still makes up a small portion of the overall protein market, the segment has been gaining significant traction.

The plant-based proteins market is expected to grow at a CAGR of 9.5% through 2027 and reach a value of $21.23 billion, according to Meticulous Market Research.

The plant-based health and nutrition supplements segment’s growth can be attributed to the growing trends of health and wellness and sustainability. Specifically, consumers are seeking clean labels, easier digestion, compatibility with vegetarian and vegan lifestyles, and looking to avoid allergens and align with environmental efforts.

WHICH ARE MOST POPULAR?

However, the pea proteins segment is expected to grow at the highest compound annual growth rate during the forecast period due to its nutritional qualities and its allergen-free, gluten-free, and lactose-free properties.

During the pandemic, the plant-based segment overall has witnessed a substantial increase in sales.

About 11% of consumers in the U.S., UK, and Germany are very interested in alternative proteins, according to a new report from Boston Consulting Group (BCC) and the Blue Horizon Corporation (BHC). Sixty-six percent are somewhat interested, indifferent, or somewhat not interested; while only 23% are not interested at all.

Despite the growing interest, some consumers are still confused about plant-based products. A recent survey commissioned by the National Cattlemen’s Beef Association indicates less than half of consumers understand that plant-based beef contains no meat products, and those participating in the survey expressed confusion over terms like “meatier” and “marbling” if no meat products were involved.

Looking ahead, the BCC/BHC report found that if alternative proteins reach full parity in taste, texture, and price with conventional animal proteins by 2035, 11% of all the meat, seafood, eggs, and dairy eaten around the globe is very likely to be alternative.