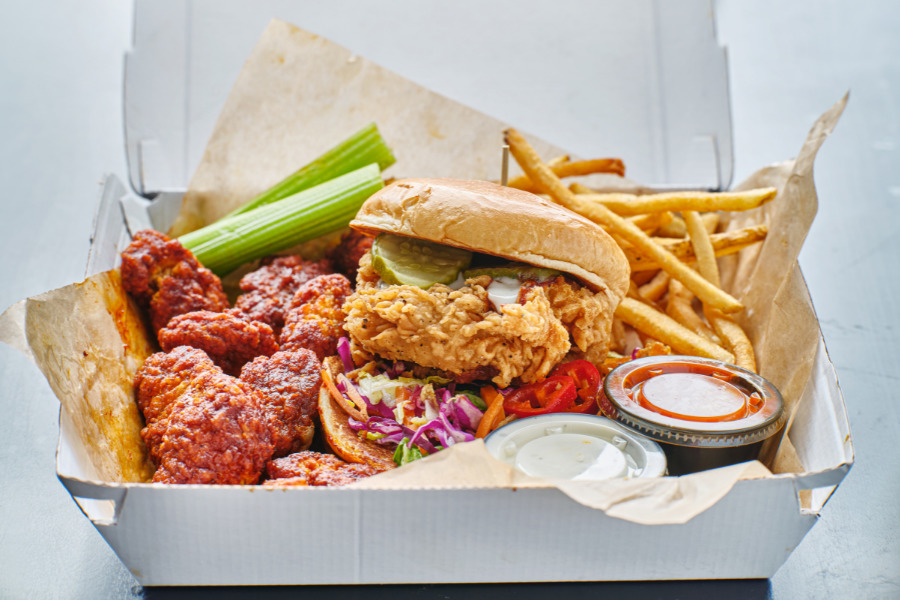 Many fast-food chains, including Chick-fil-A, Wendy’s, and Burger King, continue to expand their ghost kitchen operations and lean further into the delivery space.

But with dining restrictions easing and restaurant traffic on rise — why now?

“It’s far cheaper and faster to service customers through virtual or ghost kitchens,” Dan Rowe, CEO of Fransmart, told The Food Institute. “In the context of a third-party facility making food for lots of different concepts, ghost kitchens specialize in prep and delivery and most restaurant chains —QSR, fast casual or full serve — don’t.”

Chick-fil-A is developing a virtual concept called “Little Blue Menu,” which will utilize ghost kitchens to prepare food for a new chain of delivery-only restaurants, reported Business Insider (5/12). The concept, tentatively trademarked “Outfox Wings,” will offer wings and roasted chicken, along with other classic menu items, and is slated to launch in Nashville in late 2021.

Wendy’s is utilizing ghost kitchens in a concentrated effort to expand its global footprint to 8,000 restaurants by 2025. The company plans to take 30% of its 1,200 new locations beyond the four-wall drive-thru model to penetrate bigger markets and fill gaps between its traditional restaurants. Virtual unit locations include military bases, universities, hospitals, and zoos, reported QSR Magazine (5/13).

Burger King is also trialing delivery-only restaurants in the U.K. For its first location in London, the chain partnered with commissary kitchen company FoodStars. Customers will be able to order meals for delivery via third-party service Deliveroo, reported The Spoon (5/17).

Rowe believes that due to the sheer volume of ghost kitchens — many of which are funded by amateur investors trying to buy market share — approximately 80% will disappear. “Many of these will fade the same way most food halls, while a good idea, simply did not match supply and demand,” Rowe said.

Meanwhile, the other 20% will “make a killing and create a new reality, like Uber or Airbnb,” Rowe said. “People are still brand conscious so [ghost kitchens] will never take the place of traditional brick and mortar. But a “bricks and clicks” strategy allows for greater penetration and faster, cheaper access to incremental customer bases.”

“My longer-term prediction is that most of those 20% will try to replace as many outside branded concepts in their portfolio with their own concepts to avoid paying the fees,” Rowe said.