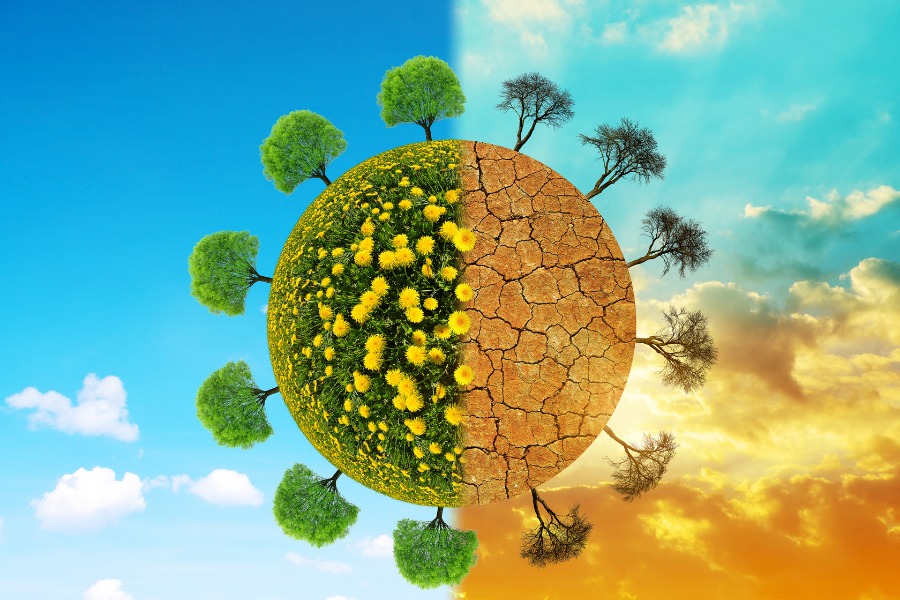 The report shows that animal communities shrunk on average 68% between 1970 and 2016, with some parts of the world much worse off. The tropical Americas have seen animal populations decline 94% in the same period and the size of observed animal communities in or near freshwater globally have fallen by 84%.

“One of the things that science has told us in the last decade so clearly is that we depend on intact natural systems and intact natural ecosystems, in all its component parts, to deliver those things we count on every day: clean air, clean water, pollination, a stable climate, food, healthy soils to produce the foods we eat,” said Rebecca Shaw, WWF’s chief scientist and chair of the report’s steering group. “And what this index tells you is a very important component of that health is declining and declining fast.”

Crops are especially vulnerable to climate change, but new research suggests wild relatives of domesticated crops could help keep food production resilient during climate change, according to a study from an international team at the American Society of Agronomy.

“Crop wild relatives have been selected by nature over millennia to withstand the very climatic stresses that we are trying to address, and hence present a new hope,” said Filippo Bassi, a scientist in Morocco at the International Center for Agricultural Research in the Dry Areas.

It can still be risky to change how breeders work. “Before making the final decision to shift investments from normal breeding to the use of crop wild relatives, it is critical to make sure that there is a real advantage in doing so,” Bassi said. To test the idea, the team focused on durum wheat.

Wild wheat relatives showed a yield increase of 42% during heat stress, but wild relatives are not bred for taste and may require experimentation to reach the flavors and ease of use customers expect.

These latest findings come amid reports that nations are not living up to commitments made in recent years to address biodiversity loss.

However, the food industry is taking steps to tackle the issue. For example, Tyson Foods recently became the first U.S. food company to verify sustainable cattle production practices at scale.

Working with Where Food Comes From, the largest provider of certification and verification services to the food industry, Tyson Foods will source cattle from BeefCARE verified beef producers who are committed to raising cattle using practices that positively impact the land and animals, and also want to promote it.

The company will purchase over 3 million Progressive Beef-certified cattle in 2020, which is more than half of Tyson’s cattle supply chain. These efforts reportedly create the largest beef transparency program in the country.

Additionally, Smithfield Foods committed to become carbon negative in the U.S. by 2030. The company plans to remove more carbon from the atmosphere than it emits by purchasing carbon credits.

Its efforts will include focusing on the fertilizer, soil health practices, and renewable energy projects for its farms as well as reducing emissions at over 40 processing facilities. The company will also use a logistics optimization plan to reduce miles driven.

On the foodservice side, McDonald’s will test TerraCycle’s Loop zero-waste platform in the UK.

The trial allows customers to pay a deposit, get a new model of reusable cup for hot beverages, and redeem the deposit when the cup is returned to one of the company’s participating locations. Returned cups will be cleaned using a system designed by Ecolab. The initiative aims to cut down on packaging waste to help protect the planet.