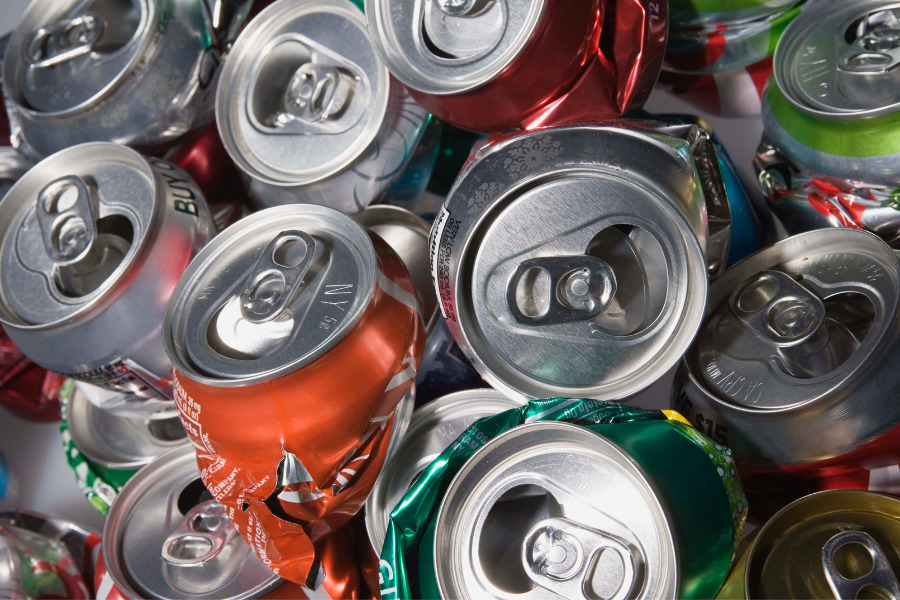 Americans are currently drinking so many things out of aluminum cans that it’s causing a shortage. Ball Corp., the world’s largest manufacturer of metal beverage containers, even told investors this past week that the U.S. market alone is short 10 billion cans in 2020. And this just adds to other ongoing issues many small craft breweries around the U.S. are contending with during the COVID-19 crisis.

Even before the pandemic put a stranglehold on most Americans’ everyday lives, an ever-increasing number of beverages were being consumed in cans, effectively leading to tighter supplies.

Analysts say supplies of aluminum beer cans are running low, and one main reason for this is that patrons of bars, restaurants, and breweries have been buying more beer at home due to the pandemic.

Another factor is the popularity of canned hard seltzers such as White Claw and Truly. In 2019 alone, hard seltzer sales grew over 225% versus total beer sales of less than 1%, according to an analysis of Nielsen data.

While the can shortage has been a problem for months, many believe the local breweries are now being hit the hardest.

Can sales currently account for more than 50% of the total sales at [New Mexico’s] La Cumbre Brewery and many other larger breweries are in a similar state of their sales breakdowns, noted Jeff Erway, La Cumbre’s owner/master brewer.

Erway opined that: “This really all hangs on people doing what they should be doing to contain this virus, allowing our restaurants, bars, and taprooms to reopen 100%. If we all can do this, this virus and the can shortage will be over.”

Californian breweries are also struggling with the shortage.

Rob Lightner, owner of East Brother Beer in Point Richmond, told the Marin Independent Journal, “We’ve been in scramble mode since May. Here, orders on aluminum cans have been delayed by a shortage at the supply level, and East Brother is just one of thousands of breweries feeling the crunch.”

“Everyone is impacted. In the past three to four months, we’ve experienced multiple instances of delays, shortages, changes in agreed-upon terms. It’s a nightmare,” continued Lightner.

Paula Gamer, president of Gamer Packaging, said that the shortfall is national and adversely impacting all areas of the canning industry. “We could sell 200 million more cans between now and the end of the year if we could get them,” he said.

So what can help to alleviate the increased pressure on these small business brewers?

Ball Corp. added lines to its existing beverage can manufacturing facilities in Rome, Georgia, and Fort Worth, Texas earlier this year; it also has a new specialty beverage can plant in Glendale, AZ that is scheduled to be completed by early next year. And the company is investing more than $300 million in a huge new can plant in Pittston, PA, which it hopes will be operational in mid-2021.

At Ball’s recent Investor Day, Kathleen Pitre, chief commercial & sustainability officer-global beverage packaging said, “The best way candidly, to improve our customers experience is to have more cans available. And the key to securing long-term equitable contracts is improving our speed to market. We believe Ball has an opportunity for 45 billion units of capacity additions and growth by 2025.”

Pitre pointed out two areas that could certainly aid in the shortage: increased recycling efforts and container deposit programs.

Pitre added, “Now, for nearly 50 years, our industry has opposed deposit legislation. We were afraid that deposits would hurt sales. Today, we know that increasing collection demonstrates the strength of aluminum cans and that is resonating with consumers and customers alike. And so, we will begin advocating for container deposits in the U.S.”