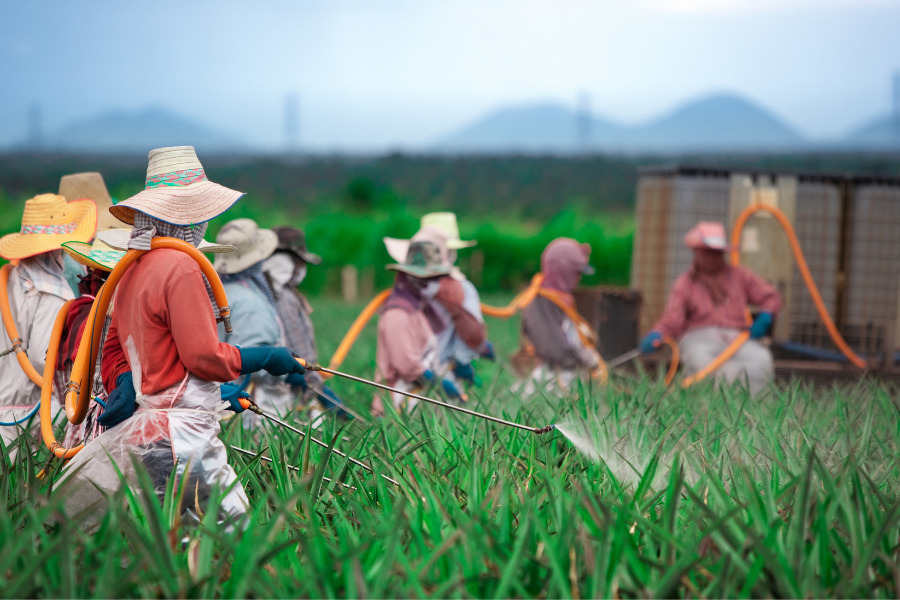 While migrant workers have long supported the agricultural economy, it’s no secret that some operators use illegal immigrants to harvest their crops.

With that, lawmakers have been wrestling with immigration reform for years, with little progress on key issues like developing a path to citizenship for undocumented workers and protections for adults who were brought to the United States as children.

Allison Crittenden, director of congressional relations for the American Farm Bureau Federation, told The Food Institute in an email, the current agricultural worker program is too costly and complicated.

“Farm labor is the single largest limiting factor in agriculture today,” she said. “[The current program] does not meet the needs of farmers who produce year-round. Immigration has always been a challenging topic for Congress, but we remain committed to working with lawmakers to solve this problem.”

The latest attempt to right the situation is the House-passed Farm Workforce Modernization Act of 2021 (HR1603), which establishes a class of certified agricultural workers and changes the H-2A temporary worker program, protects workers from labor violations, and provides a path to citizenship for undocumented workers. The House approved the measure March 18 and sent it to the Senate where at least 16 senators already have expressed opposition, Breitbart reported (March 24).

“Stabilizing the workforce will protect the future of our farms and our food supply,” said Rep. Zoe Lofgren, D-Calif., one of the bill’s sponsors. “The men and women who work America’s farms feed the nation. But many of them do so while living and working in a state of uncertainty and fear.”

Rep. Dan Newhouse, R-Wash., one of the few farmers in Congress, said he understands “the invaluable contributions our producers and farmworkers make. … Bringing our agriculture labor program into the 21st century is absolutely critical as we work to recover from the impacts of the pandemic and ensure a stable food supply chain in the United States. We must act now to provide certainty to farmers, ranchers, and farmworkers across the country.”

Labor Secretary Marty Walsh said he would work for passage of the measure, Politico reported (May 3), while Agriculture Secretary Tom Vilsack has been urging immigration reform since his previous stint as the head of USDA.

The Department of Labor estimated in its 2018 Findings from the National Agricultural Workers Survey that nearly half of U.S. agriculture workers were undocumented, and a nearly like percentage work in meatpacking and elsewhere in the foot chain, FoodPrint.org reported.

“Hiring unauthorized people has become part of the business model for a lot of employers,” Muzaffar Chishti, director of the Migration Policy Institute at the New York University School of Law, told Newsweek (April 21). “The consequences are so minimal that it is worth taking the risk.”

Former U.S. Ambassador to Mexico Christopher Landau told Newsweek a lot of employers do not participate in the current H-2A visa program because they figure neighboring farmers don’t.

“This is basically a way to get around a lot of the laws we put in place to protect workers in this country,” he said, leading to exploitation of undocumented workers.

The question, he said, is whether we want people to be here legally or illegally.

“I don’t think that should be a hard choice,” he said.

Chrishti told Newsweek expansion of the E-Verify system, which cross checks I-9 forms with Homeland Security and Social Security records to determine worker eligibility, is key to immigration reform.