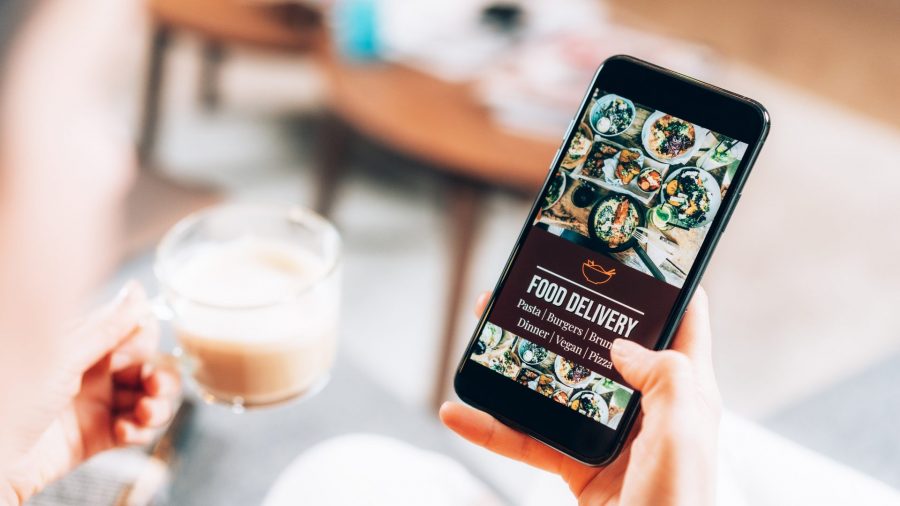 It seems like every few weeks food delivery apps are finding themselves in hot water.

Most recently, Chicago officials accused both DoorDash and Grubhub of harming city restaurants and customers through high fees and other deceptive practices, according to a report from the Associated Press.  Additionally, more cities have been passing bills to cap delivery fees, with New York City and San Francisco some of the most recent to do so.

On top of everything, these companies have yet to turn a profit. So, what does this mean for the future of food delivery apps? The Food Institute investigates.

To ensure long-term survival, companies like DoorDash and Grubhub must differentiate their business in the near future. One way they are doing so is by integrating across the supply chain to sell consumers, not only a delivery service, but a delivered product itself, Jim Sanderson, Equity Research Analyst at Northcoast Research, told The Food Institute.

For example, DoorDash is opening its own brick and mortar DashMart stores to sell grocery and other products you would find in a convenience store, while Kroger is partnering with Kitchen United to host ghost kitchens enabled with third party delivery.

Partnerships with other companies are also a way delivery apps can differentiate. “Developing partnerships with grocery retailers will enable DoorDash to track which products are high in demand across trade areas, improving sourcing, costs, and pricing for DashMart orders,” said Sanderson.

When Do These Companies Become Profitable?

Despite record-breaking business during the pandemic, food delivery companies weren’t making any money, according to a Wall Street Journal report. After accounting for advertising costs and refunds to customers, as well as other operational expenses, DoorDash on average is left with 2.5% of a customer’s overall bill, according to a Deutsche Bank analysis.

This begs the question, will food delivery apps ever turn a profit?

“I think that when third party delivery is able to raise prices and suspend or limit discounting, they will have a clearer path to profitability,” Sanderson said, noting that we are starting to see some pricing power with DoorDash, using the example of DashPass.

“Some restaurants are now paying a higher commission rate to access DashPass members,” Sanderson added. “At the same time, delivery leaders like Domino’s are raising delivery fees across the country, which could allow third party delivery service providers to limit discounting while remaining competitive.”

With some restaurants being weary of the big players, local delivery alternatives have entered the market to give businesses more options. The smaller services typically charge less, pay drivers more, and avoid tactics such as listing restaurants without permission, reported Bloomberg (June 23).

One example of this is LoCo Co-ops, a company that sells technology and know-how to restaurants interested in establishing delivery cooperatives, created by Jon Sewell, a restaurant owner in Iowa City, Iowa.

“We believe that restaurant owners themselves should be involved the decision-makers for how their food is delivered, and that they should also be charged commission rates that are fair—unlike the current national rates, which are way above most independent restaurants’ margins,” reads a statement on the company’s website.

However, these services may be able to exist in harmony with bigger players, instead of being considered competition.

“I see firms like LOCO co-existing with larger players if they focus on enabling independent restaurants to manage delivery sales profits more efficiently,” said Sanderson. “Independent restaurants may not need a standardized IT platform or service across markets that national brands prefer for digital ordering.”

Sanderson added that sharing in the profits earned by a local delivery “co-op” will offset commission costs, giving independents more flexibility to manage pricing and profitability for the delivery segment.