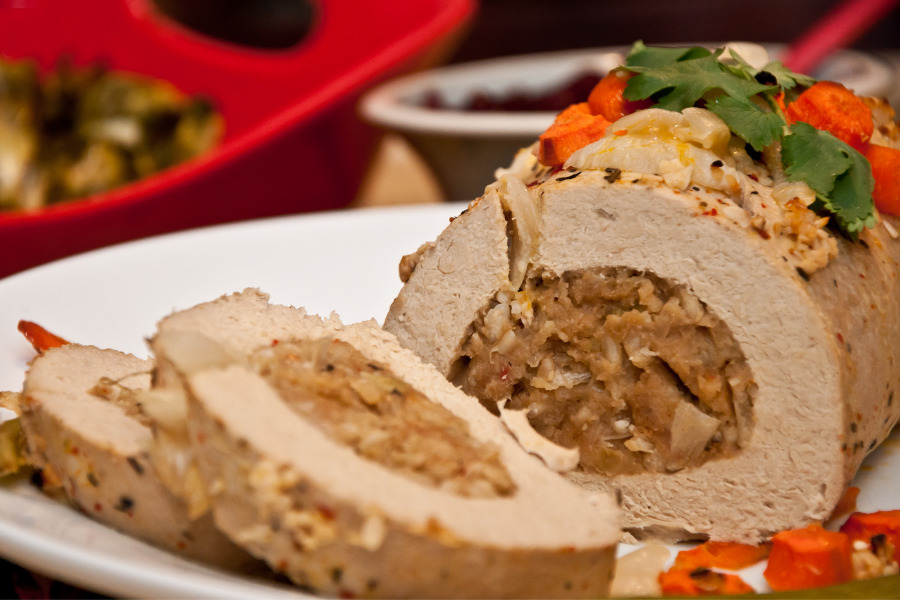 Tofurky sales are up 32% in 2020, representing its best Thanksgiving bump since 2017, according to Nielsen data.

While the company is now 40 years old, it remains smaller than other players in the plant-based meat products category and hopes to move from the produce section to more heavily trafficked grocery departments, reported Forbes (Nov. 25).

“It is a challenge,” said founder Seth Tibbott “As a 40-year-old company, we’re not the sexy young thing on the block anymore.”

The businesses does not release its financials but likely has a revenue of around $50 million for the year—much smaller than publicly traded Beyond Meat which has a valuation of more than $8 billion and revenue of $300 million so far this year. However, Tibbott noted Tofurky is profitable, while Beyond Meat has yet to turn a profit.

Tofurky only has one plant in Oregon with over 200 workers producing its signature turkey product as well as deli slices and sausage. Thanksgiving roasts were as high as 15% of sales, according to Tibbott’s 2020 book In Search of the Wild Turkey. Now, the total is 8% of sales.

Tibbott continues to find growth through small loans, including a $7 million loan from private investors last year that is being used to accelerate new product development such as new lines of plant-based burgers and shredded cheeses.

“With the category growing at an alarming rate, we’re even having to really look at our model and say, is this the model that’s going to be the best and keep us up?” said Tibbott.

Meanwhile, Plant-based burgers are a good bet for the company as the market  is expected to grow over $693 million between 2020 – 2024, equating to a compounded annual growth rate of about 33%, according to Technavio.

For example, Prime Roots has launched a vegan “whole bird” containing more protein than conventional turkey. It is high in fiber and fortified with vitamin B12, reported Vegconomist (Nov. 24). The turkey is made with koji, a type of fungus, and the company describes it as “plant-based turkey without compromise.”

Additionally, Whole Foods launched a store-brand product called Meatless Plant-Based Roast which is soy-based and comes with stuffing and gravy. The chain also sells other vegan roast brands such as Field Roast.

Archer-Daniels-Midland has also announced that it’s working on a vegan turkey lunch meat. “While the market is expanding beyond burger analogs to new and novel products, there are some challenges with plant-based turkey specifically,” said John Stephanian, ADM’s Vice President of Global Culinary & Innovation. “Replicating turkey’s unique flavor and texture remains a key challenge.”