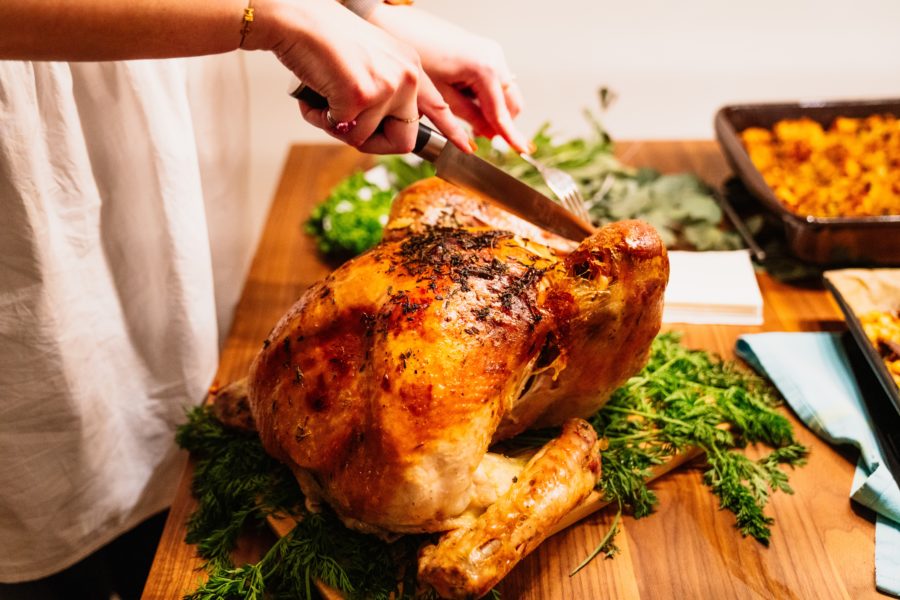 Although overall food prices are on the rise, the average cost of a Thanksgiving dinner is down 4%, according to the American Farm Bureau Federation’s annual cost survey of classic items found on the Thanksgiving Day dinner table.

Turkey costs less than last year at $19.39 for a 16-lb. bird—about $1.21 per pound, down 7% from last year. Interestingly, this contrasts to the CPI experiencing an increase of 1.2% over the last 12 months—attributable almost entirely to food prices which are up 3.9%. The top increases included poultry with a 6.7% increase.

“The average cost of this year’s Thanksgiving dinner is the lowest since 2010,” said AFBF Chief Economist Dr. John Newton. “Pricing whole turkeys as ‘loss leaders’ to entice shoppers and move product is a strategy we’re seeing retailers use that’s increasingly common the closer we get to the holiday.”

U.S. turkey production totaled 4.29 billion-lbs. between January and September, down just 1% from the period in 2019, according to USDA. The agency projected consumption in 2020 would reach 5.22 billion-lbs., down from the 5.26 billion-lbs. reported in 2019.

Over 46 million turkeys will be served on Thanksgiving, but the size of the bird may be much smaller than usual, reported Forbes (Nov. 18). Demand for 10-18-lb. turkeys will far exceed the demand for much larger ones.

U.S. farmers fear having a large number of big turkeys and not enough small ones, and if retailers get the demand mix wrong, a shortage of the desired size can be expected and supermarket freezers will be full of “one-sale” giant turkeys on Black Friday.

However, as many people plan to eat in smaller groups—or even alone—the demand for turkey portions will be much higher than usual on Thanksgiving.

The survey also included ham, potatoes, and frozen green beans. Adding in these foods increased the overall cost by $13.21 to $60.11. This updated basket of foods also declined slightly in price (4%) compared to 2019.

Meanwhile, due to the drought in the Northeast this summer and fall, the recent harvest of cranberries yielded fewer barrels than usual, which could lead to a shortage of cranberry sauce—or a price increase.