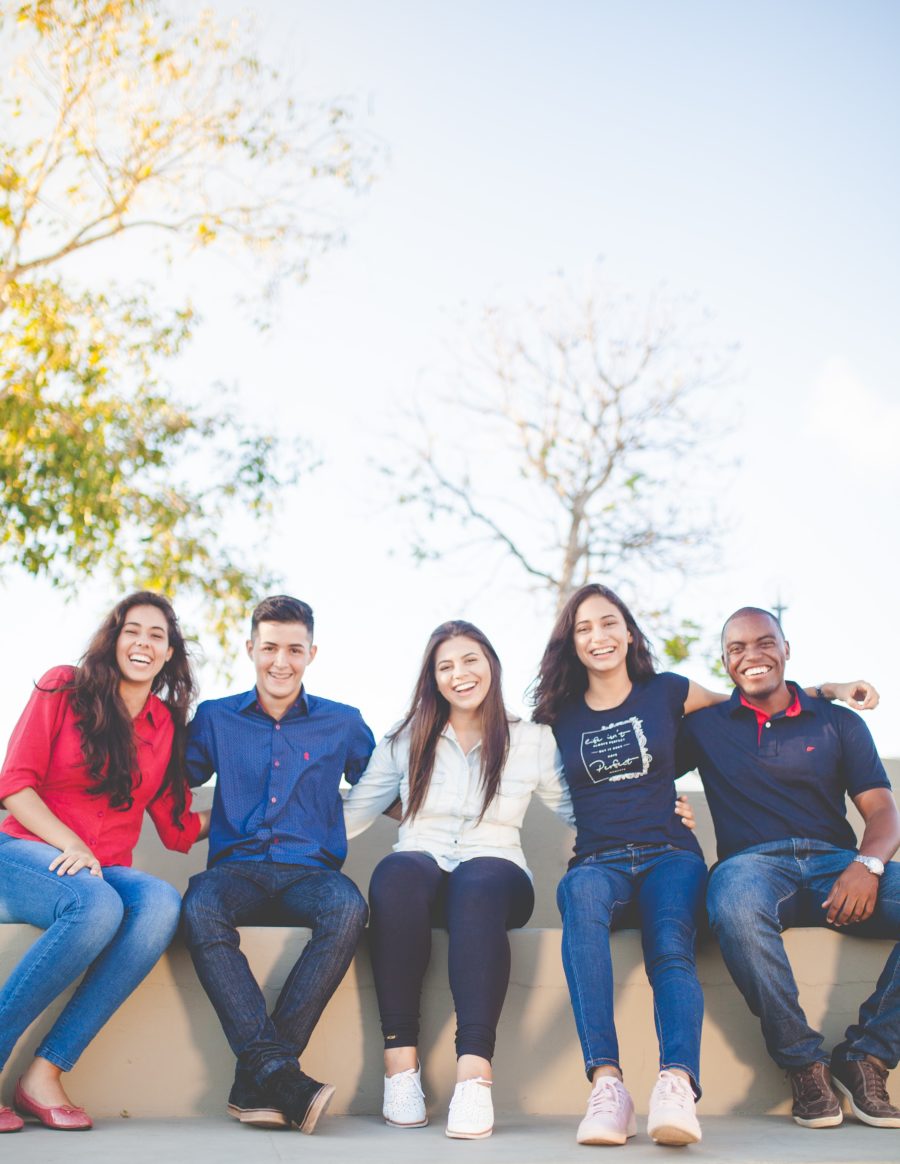 Like the Millennials before them, the buying habits of Generation Z (defined broadly as those born between the mid-to-late 1990s and the early 2010s) are coming into focus for food industry manufacturers, retailers, and marketers.

To better understand where the food industry could be heading in the next few years, The Food Institute partnered with Professor Daniel Williams Hooker of Cornell University to survey the next generation of food leaders in the first-ever Emerging Food Leaders Survey. We captured responses from 63 students at Cornell University who were involved in their food program to get their viewpoints on popular diets, social causes, and other ways the food industry could be disrupted.

While the sample size is somewhat small, the insights gained were illustrative of a generation that is moving away from the trends and norms of the food industry. The survey included 10 questions that asked students to rank on a 1-to-5 scale the importance of specific food trends over the course of the next five years, with five representing maximum importance. Additionally, five multiple choice questions were asked to better understand some of the food trends explored in the prior 10 questions.

When asked how important plant-based foods would be to the food industry over the course of the next five years, an overwhelming majority of students rated them positively, with 42.9% responding with a maximum of five on the 1-to-5 scale, and an additionally 41.3% responding with a 4. Conversely, not a single student answered 1. 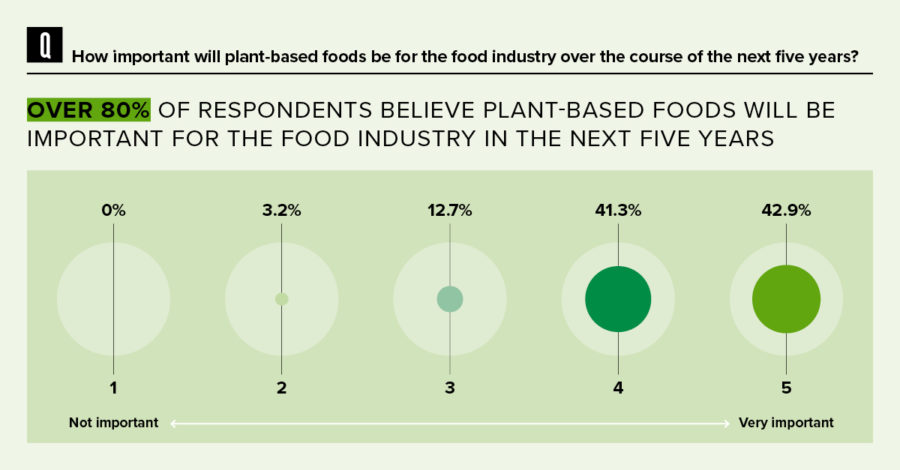 Professor Hooker noted his son became a vegetarian early in life. He argued this was emblematic of a younger generation that’s more interested in the health and environmental impacts their food choices have.

When asked which product category would be most disrupted by plant-based foods, red meat was the clear favorite with 52.4% of the vote. Dairy followed with 28.6% of responses, followed by 12.7% for seafood/shellfish, and just 6.3% for poultry.

Sonia, a Cornell student who joined The Food Institute Podcast to discuss the survey results, gave a rationale for this importance. “Plant-based food is one major step in the right direction of finding a solution which allows you to have delicious foods and still take care of factors like the environment,” she said.

This importance was backed by the types of diets these students foresaw becoming more popular over the next decade. When asked which diet would see the largest growth over the next five years, vegan/vegetarian pulled in 71.4% of the vote. 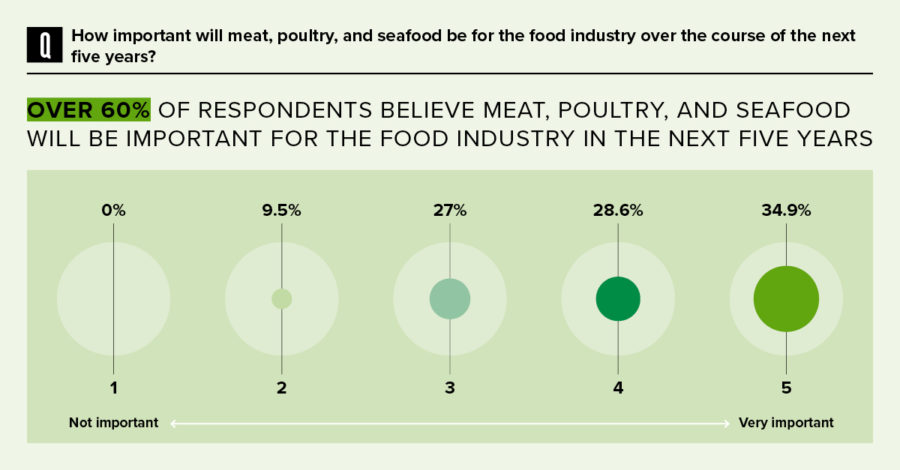 Importance of ESG Practices for the Food Industry

One of the most evident trends in the survey was the need for food brands to engage with customers when it came to pressing social and political issues, with 47.6% of the vote giving a maximum rating of 5. The remaining answers were mostly neutral to positive, with 28.6% rating it a 4.

Sini, another student with Cornell, argued brands needed to look forward when engaging in social debates.

Environmental causes were the clear favorite when students were asked which social cause would be the most important to the food industry, with 85.7% of survey respondents saying so. This was followed by racial equality with 11.1%.

Delivery, Dining-at-Home to Continue Beyond Pandemic

While the pandemic upended the traditional way many consumers acquired food, many believed food delivery, ghost kitchens, and other food distribution formats would be negatively impacted as the pandemic waned. Cornell students didn’t see it the same way, with many believing food delivery would remain important for the foreseeable future.

Additionally, 47.6% of students responded with a 5 when asked how important food delivery companies would be over the next five years. Cornell student Moritz noted the pandemic forced delivery companies to innovate, and this benefitted both consumers and companies.

“The processes are now optimized,” he noted. “Both sides of the stream see the benefit of it. … Local farmers now see the benefits of selling their products through a delivery service to the customer directly.” 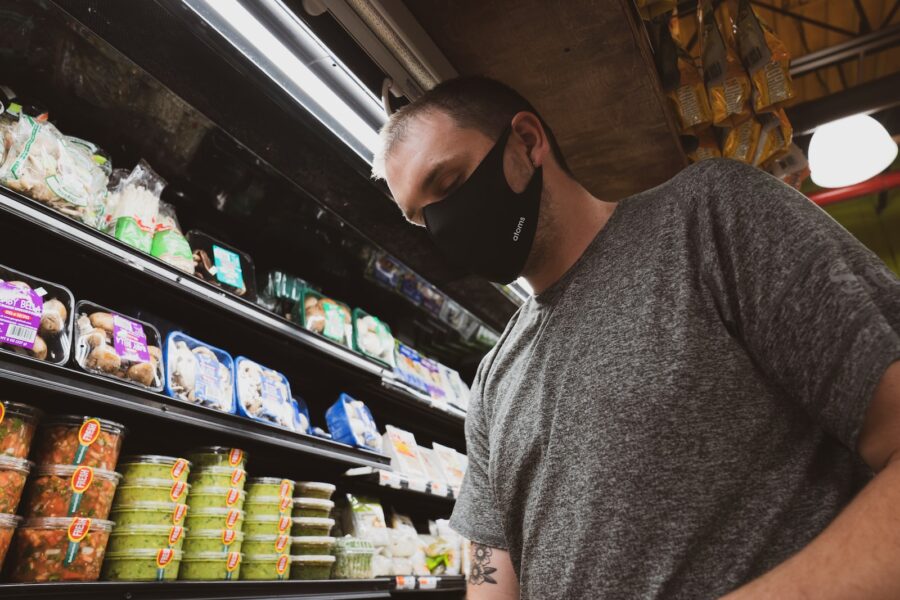