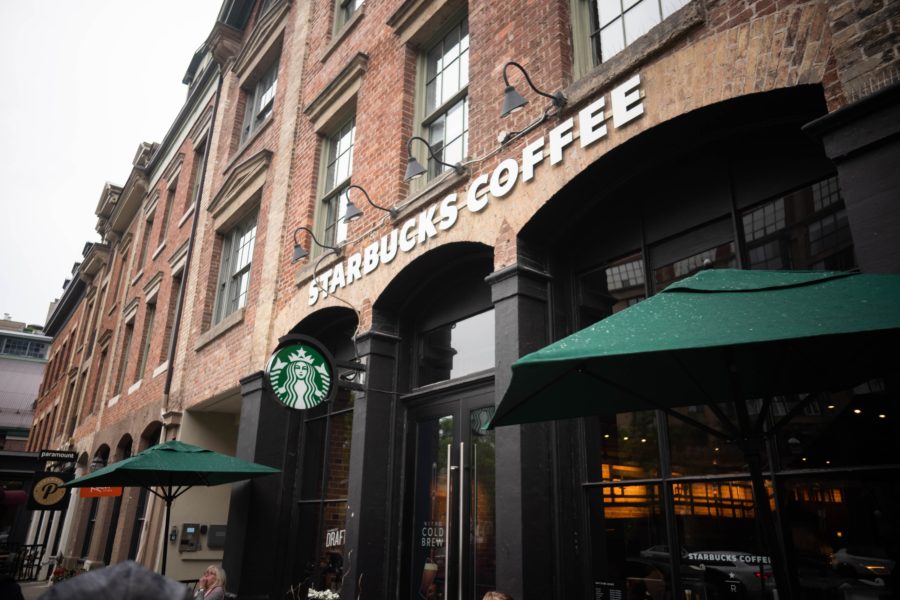 Starbucks has recently made several notable updates to its business, including boosting its outlook, announcing planet-forward initiatives, more diversity on its board, and better pay for employees.

In its latest financial release, Starbucks reaffirmed its FY21 guidance, which anticipates continued recovery from the pandemic, yielding an expectation of outsized growth rates for certain metrics in FY22 relative to the company’s updated ongoing growth rates.

Starbucks also foresees adding 20,000 additional locations over the next decade.  The company could reach 55,000 locations by FY30 If this objective is met.

Starting in FY23, Starbucks expects company-operated comparable store sales growth of 4% to 5% annually, in the U.S. and abroad, up from 3% to 4% previously, driven by expected incremental returns from investments in retail store partners, industry-leading digital capabilities, and a planet-positive agenda.

Meanwhile, Starbucks recently named finance executive Mellody Hobson to lead its board as chair, making her the first Black woman in that role at the company, reported CNN (Dec. 9).

Hobson, who is co-CEO of the asset management firm Ariel Investments, will step into the position in March. She has been a director on the Starbucks board since 2005.

The move follows major companies facing criticism for lack of diversity on their corporate boards. Only 16.8% of large-cap company boards have racially or ethnically diverse directors, up from 13.6% in 2015, according to a September report from ISS ESG, the responsible-investment arm of Institutional Shareholder Services.

Hobson herself has called for companies to increase diversity. “Companies right now have to get their houses in order,” she said during an appearance on CBS This Morning. “The board of directors have to hold the leaders of these organizations accountable around these issues of diversity.”

Hobson is also a director of JPMorgan Chase. She was previously the chair of the board of DreamWorks Animation, and was a director at Estée Lauder.

Starbucks also announced that it’s  planning to raise minimum pay for all workers across the U.S. to $15, according to CEO Kevin Johnson Business Insider (Dec. 10).

Rossann Williams, the president of Starbucks’ company-owned US stores, said that the company is “making one of the most substantial investments in pay in our company’s history.”

Starbucks workers have been pushing for a $15 minimum wage. Nearly 10,000 people have signed a CoWorker.org petition on the topic.