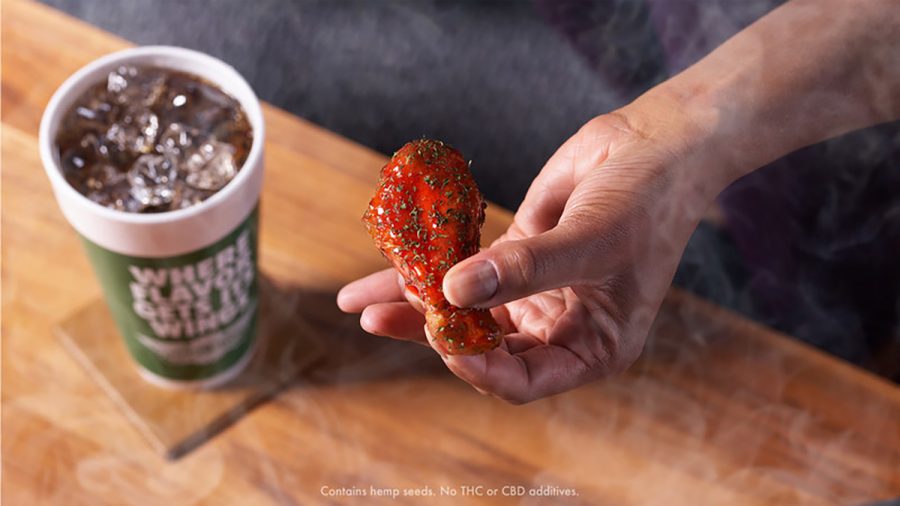 While 18 U.S. states and Washington, D.C. have legalized marijuana for recreational use, it remains illegal on the federal level. Yet, several national restaurant brands are incorporating marijuana into their marketing efforts.

The reluctance that brands once had linking their products with marijuana appears to be giving way based on the sheer number of promotions this year revolving around the unofficial “4/20” holiday for marijuana enthusiasts. Many restaurant brands also published not-so-subtle social media posts this year reminding 4/20 enthusiasts where they could go to satisfy their munchies.

Among this year’s promotions were Jack in the Box’s Pineapple Express Shake, named after the iconic strain of cannabis. Available all April long, it cost $4.20 on 4/20.

Krystal Restaurants rolled out the limited time offer CBD- Cajun BBQ Drip- Krystal slider with small fries and a drink for $4.20 to coincide with 4/20.

Marisa Carona, chief growth officer at Wingstop, said: “While many brands are starting to give a nod to 4/20, we’re going higher than ever this year by dedicating an entire flavor to it. As the cannabis industry grows, so does Wingstop’s desire to engage this audience.”

With two-thirds of Americans wanting recreational marijuana use to be legal under federal law and in their own state (according to a recent CBS News poll) and the U.S. cannabis industry expected to double to nearly $42 billion by 2025, it’s understandable how brands are willing to engage.

Restaurant marketing that targets marijuana users, whether overtly or subtly, appears to be good business, too. As a previously inaccessible audience, cannabis users are already appealing enough simply because they have entered the mainstream.

But, according to a survey from consumer research group MRI-Simmons, marijuana consumers are also incredibly loyal quick-service restaurant consumers, which makes them even more attractive to marketers at big restaurant brands (Restaurant Dive, January, 2021).