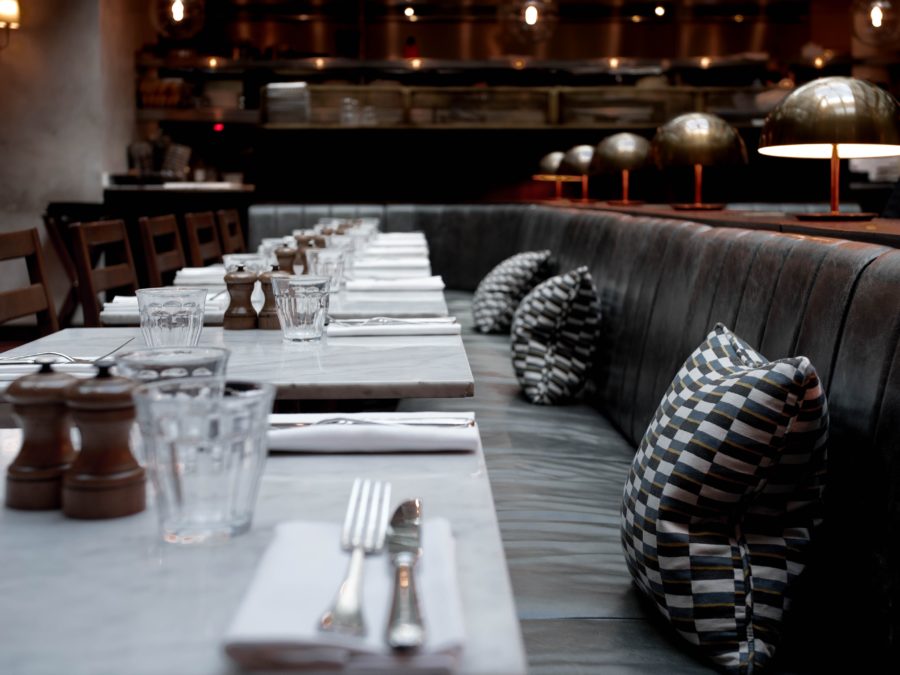 Since the beginning of the pandemic, indoor dining has been a point of contention for restaurants. After being banned for some time — leaving restaurants to rely on outdoor seating – indoor dining was brought back in some U.S. states with restrictions.

Now, it’s unclear if current indoor restrictions are enough to stop the spread of COVID-19.

How Much Distance Between Tables Is Enough?

New research suggests restaurants should have more than the required six feet between tables.

A study in the Journal of Korean Medical Science suggests the coronavirus can spread more than three times the previously believed six-foot range in just five minutes, reported Forbes (Dec. 15).  The report looked at an outbreak in a South Korean restaurant where two diners were infected with the virus from a third, asymptomatic diner who sat 21 feet away. It was discovered that the three diners were together in the restaurant for only five minutes and had no direct or indirect contact otherwise.

Air Flow to Blame for Spread

So, what was the culprit? According to the researchers, it was the restaurant’s ceiling air conditioner which provided direct air flow from the infected diner to the other two diners. They concluded that “droplet transmission can occur at a distance greater than 6.5 feet if there is direct airflow from an infected person, reported Very Well Health (Dec. 9).

This is not the only study involving air flow and indoor dining. In July, a study published in Emerging Infectious Diseases showed how one, asymptomatic diner with COVID-19 infected nine other people at a restaurant in China. In that instance, the culprit was also the restaurant’s air conditioners, which blew particles around the dining room.

What Does the Future of Dining Hold?

These findings, along with restrictions already in place, could affect the future of indoor dining. While it is unclear when things will get back to normal for restauranteurs, some are finding new ways to serve customers. For example, some Oklahoma restaurants are using sanitized dividers to help keep groups separated, reported Koco News 5 (Jan. 4).

One thing is for certain: restaurant owners will have to stay vigilant to avoid the spread of COVID in the weeks and months ahead.