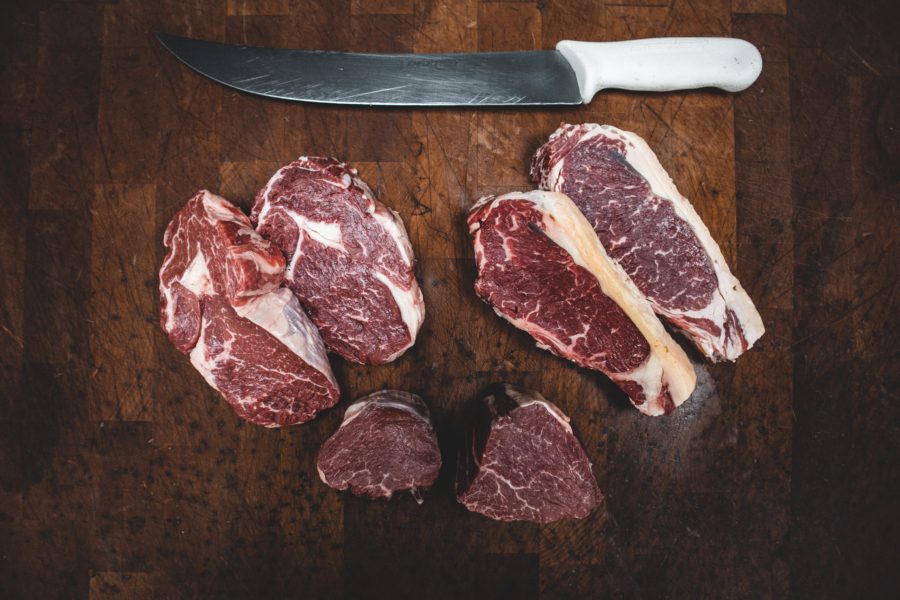 Despite shortages this spring, supermarkets are now selling meat for lower prices as supplies are rebounding and exports are declining, reported The Wall Street Journal (Sept. 20).

Prices for ground beef and pork loins returned to pre-pandemic levels, while some products, including chicken wings and prime rib, are cheaper now than they were before the pandemic began, according to data from Nielsen.

Rising production, as well as lower overall demand, are pushing down meat prices.

The Wall Street Journal reported on Aug. 27 that grocery shoppers were also cutting back on spending—a sign that Americans are hurting financially as the federal unemployment stimulus remained on hold.

In June, CNN reported that consumers paid more for groceries in May as meat got more expensive. The prices of food consumed at home rose 1% in May from April even as overall prices declined 0.1%, according to seasonally-adjusted figures from the Bureau of Labor Statistics. The increase was driven mainly by a 3.7% increase in meat, poultry, fish, and eggs.

Beef and veal got a lot more expensive as consumers paid almost 11% more in May, the largest ever monthly increase. The price increase for certain types of meat was even more dramatic with uncooked beef roasts soaring 19.5% and uncooked beef steak prices jumping 11.6%.

Prices rose as major processing facilities shut down or slowed operations due to workers contracting coronavirus. However, even as thousands of their employees fell ill, meatpacking executives pressured federal regulators to help keep their facilities open, according to emails obtained by USA Today (Sept. 14).

The emails show how the North American Meat Institute provided USDA with a draft version of an executive order that would allow plants to remain open. A week later, President Trump signed an order with similar language, which caused confusion over whether local health authorities could close plants during COVID-19 outbreaks.

At least 39,000 positive COVID-19 cases have been tied to meatpacking facilities, and at least 184 workers have died, according to tracking by the Midwest Center for Investigative Reporting.

Plant closures during the spring left cattle and hogs lingering on U.S. farms and ranches, while fallout from COVID-19 kept steakhouses idle and reduced meat exports. This resulted in relief for consumers who are strapped for cash, and more financial pain in farm country—where producers have been struggling for years with low prices for livestock and poultry.

Gordon Food Service Inc. is now selling some beef cuts for half what they cost just a few months ago, while Midwestern grocery chain B&R Stores Inc.—which last spring restricted how much ground beef shoppers could buy—recently put it on sale at a discount.

Recently, Labor Day sales helped boost earnings in the meat department, according to data from IRI. For the week ending Sept. 6, dollars gained 18.2% over year ago levels during one of the biggest grilling weekends of the summer. Volume gains jumped into double digits as well, at 11.4%. The week of Sept. 6 had 11.2% more transactions compared to same week year ago.

However, some meat executives warned that the industry remains vulnerable to the pandemic’s impact on its workforce, and shortages could return.

For example, Hormel Foods Corp. said plant shutdowns and other coronavirus-driven disruptions in the spring depleted its stocks of meat and other supplies, leaving it with a smaller buffer.

“We’ve burned through that inventory,” Jim Snee, CEO of Hormel, said on an Aug. 25 conference call. “We can’t afford any disruption.”