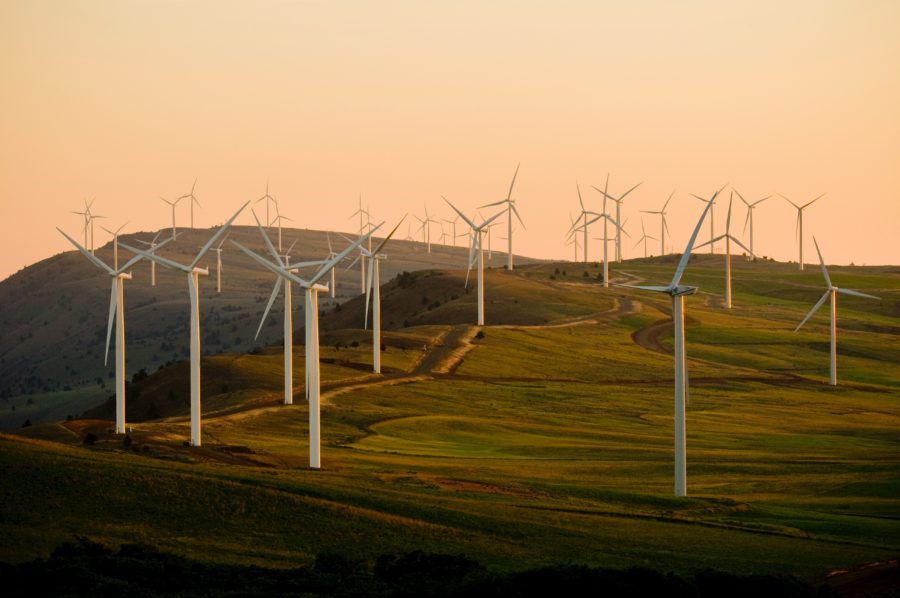 Several food companies are looking to set a good example for the industry by creating eco-friendly initiatives to become more sustainable—particularly when it comes to emissions.

Big retailer Walmart is aiming for zero emissions by 2040, reported MarketWatch (Sept. 21). The announcement was made ahead of the company’s Sustainability Milestone Summit, and as part of Climate Week NYC, which starts on Sept. 28.

About 29% of Walmart’s operations are currently powered with renewable energy, and 80% of waste is diverted from landfills and incineration facilities.

“The commitments we’re making today not only aim to decarbonize Walmart’s global operations, they also put us on the path to becoming a regenerative company—one that works to restore, renew, and replenish in addition to preserving our planet, and encourages others to do the same,” said Walmart CEO Doug McMillon.

The company plans to harness enough renewable energy—including wind and solar—to power its facilities by 2035. All of its vehicles will either be electric or zero-emissions, and the company will switch to eco-friendly cooling and heating equipment by 2030.

PepsiCo is targeting to source 100% renewable electricity across all company owned and controlled operations globally by 2030 and across its entire franchise and third-party operations by 2040.

The transition has the potential to reduce approximately 2.5 million metric tons of greenhouse gas (GHG) emissions by 2040—the equivalent of taking more than half a million cars off the road for a full year.

“With the devastating effects of climate change being felt around the world, and the global food system under significant strain, accelerated action is needed,” said Jim Andrew, chief sustainability officer, PepsiCo. “We know the responsibility that comes with our size and scale, so transitioning PepsiCo’s global business operations to 100% renewable electricity is the right step forward to deliver meaningful impact as we continue to advance our sustainability agenda.”

To achieve 100% renewable electricity globally, PepsiCo will employ a diversified portfolio of solutions, including Power Purchase Agreements that will support the development of new projects such as solar and wind farms around the world, as well as through purchased energy certificates that will enable the near-term transition to renewable sources in many geographies. It will also continue to expand its onsite wind and solar projects at its facilities.

Manufacturer General Mills, Inc., announced a pledge to reduce absolute GHG emissions by 30% across its full value chain—from farm to fork to landfill—over the next 10 years.

The company also committed to a long-term goal to achieve net zero emission levels by 2050. The commitment was calculated using methodologies approved by the Science Based Target Initiative (SBTi) that model a level of emission reductions that science suggests is necessary to sustain the health of the planet.

General Mills has four key ambitions guiding its work to accelerate planetary health, healthy living ecosystems, and thriving farmers and communities over the next 10 years, including: reduce GHG emissions across the  full value chain by 30% by 2030 and net zero emissions by 2050 in alignment with the new SBTi 1.5oC guidance; advance regenerative agriculture across the company’s sourcing footprint on 1 million acres by 2030 and activating programs across the ingredient categories with the largest GHG footprint; reduce food loss and waste by 50% in the company’s operations; and advance respect for human rights in the company’s value chain in accordance with the United Nations Guiding Principles on Business and Human Rights.

Meanwhile, the Kellogg Co. recently exceeded its goal for reducing GHG emissions a year ahead of schedule.

The company committed to reduce GHG emissions by 15% per lb. of food produced but has reduced scope 1 and 2 GHG emissions in its manufacturing facilities by more than 28% since 2015. Kellogg is continuing the effort by investing in renewable energy resources, partnering with suppliers to halve their emissions, purchasing renewable electricity, and increasing energy efficiency.

“As a global food company, we have a responsibility to address the significant risks climate change poses on people and our planet,” said Amy Senter, Kellogg’s chief sustainability officer. “We’re proud of our progress and are working on multiple fronts to reduce emissions across our supply chain.”