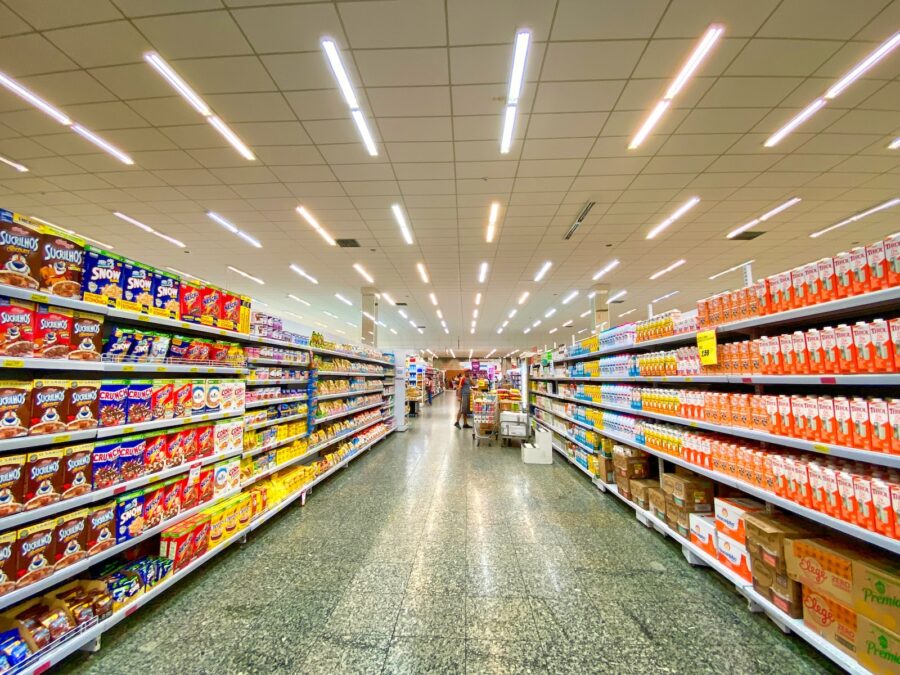 Investors prioritize growth. In recent years investors might have prioritized growth a little too much, at the expense of rational valuation. But there’s a logic to the stock market’s focus on ever-higher revenue and profits. Over the long term, a modest increase in growth can have a dramatic impact on equity values.

And the biggest packaged foods companies have responded to the demand for growth. McCormick targeted the tastes of younger consumers by acquiring Frank’s Red Hot (along with French’s mustard) from Reckitt Benckiser followed by another acquisition of hot sauce manufacturer Cholula. General Mills went beyond food—human food, at least—with its $8 billion purchase of Blue Buffalo Pet Products in 2018.

Conversely, Kellogg chose to get smaller, spinning off its low-growth cereal business to allow its stronger snacking business to shine (while also freeing its plant-based business for a possible sale). Kraft Heinz simply hopes to boost its bottom line by finding mores cost to cut each year.

Two companies, however, stand out in their attempts to diversify from fading legacy packaged foods.

J.M. Smucker and Campbell Soup both were founded in the 19th century, and for decades both focused on their namesake brands. But in the 21st century, those legacy packaged foods saw growth fade amid changing tastes and increased competition. And so each company pivoted into new categories.

Smucker began in 2009, giving more than half its equity to Procter & Gamble in exchange for the Folgers coffee brand; subsequent deals built out its presence in that market. The company then beat General Mills into the pet category in 2015 before going bigger in a deal for Ainsworth (the manufacturer of Rachael Ray Nutrish dog food) three years later.

At the same time, the company has also slimmed its legacy portfolio dramatically. It exited foodservice, all but departed Europe, and sold brands including Crisco, Pillsbury, and Hungry Jack. Essentially all that remains from what the company was 15 years ago is Smucker’s spreads and Jif peanut butter.

Campbell’s transformation hasn’t been quite as severe. It also got off to a rough start. Between 2012 and 2014, the company spent more than $2.3 billion on four acquisitions that underpinned a move into healthier categories. Most notable was the $1.55 billion purchase of Bolthouse Farms in 2012.

But in 2018, Campbell gave up on the plan. By 2021, all four businesses were gone at a substantial loss; Bolthouse sold for just $500 million.

Instead, Campbell’s built out its soup business with organic manufacturer Pacific Foods. It then went big in paying $6 billion to add Snyder’s-Lance to Pepperidge Farm and strengthen its snack offering.

As far as the public markets are concerned, both transformations have had mixed results. Shares of both Campbell and Smucker struggled badly between 2016 and 2018. Smucker has rebounded nicely since then, though it still trades modestly below 2015 highs; Campbell recovered but has mostly flat-lined since late 2019.

In context, neither performance might be considered all that poor—the alternatives might have been worse. A Campbell that did nothing would have simply watched condensed soup sales wither away. A Smucker’s centered around mostly smaller, geographically dispersed brands could have been left behind amid continued consolidation among its supermarket customers.

If anything, the amount of dealmaking over the past decade simply highlights how difficult it is to grow, evolve, and succeed in the contemporary industry. Acquiring growth is far from a foolproof plan. But it might be the only alternative.