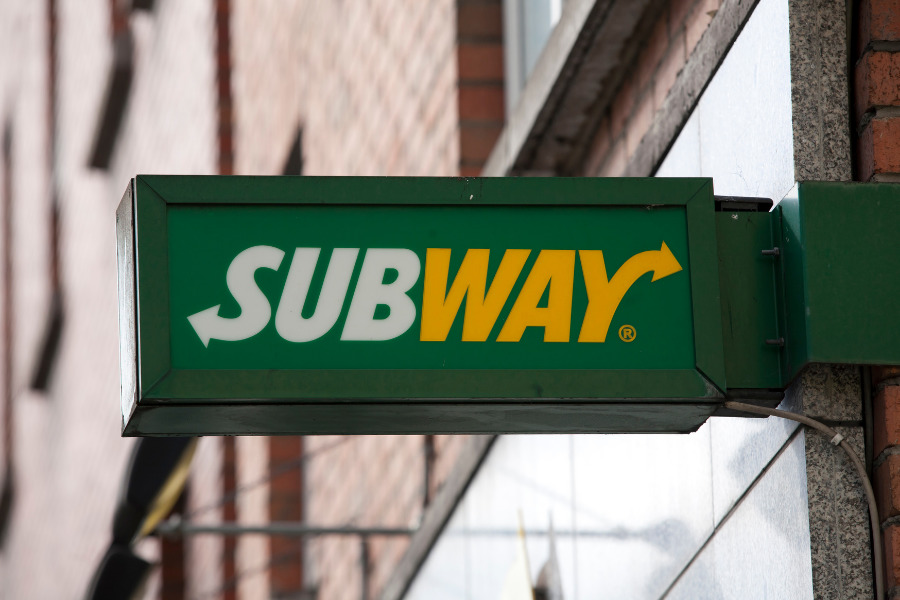 Vegetables that don’t lend themselves to the “eat fresh” mantra. The inability to close more than once a year unless an “Act of God” occurs. No leniency in a labor market that can best be described as unfriendly.

These are among the claims being hurled at Subway Restaurants Inc. by franchisees who feel the company is leaving them out to dry as new contract terms are presented, according to various media reports.

‘Act of God’ Clause, Other Rules in New Contract

The latest news comes via the New York Post (June 7) which reported that franchised stores that close more than once per year without permission risk being taken over by the company, barring “an act of God.” The ask is being made as part of new 20-year contracts which Subway began releasing in May.

Those who choose not to sign away on the stipulation will be required to pay 10% of their gross revenues to headquarters, according sources who spoke to the Post. Franchisees of McDonald’s (4%), Burger King (4.5%), and Taco Bell (5.5%) all pay less in royalty fees, showcasing the extraordinary increase. Subway franchisees currently pay 8%

“The royalty rate would increase to 10% for franchisees who elect to remain on the old form of agreement when their renewal came up. It’s important to note that this is NOT a new royalty increase that we’ve implemented,” Subway said in a statement when asked about the changes. 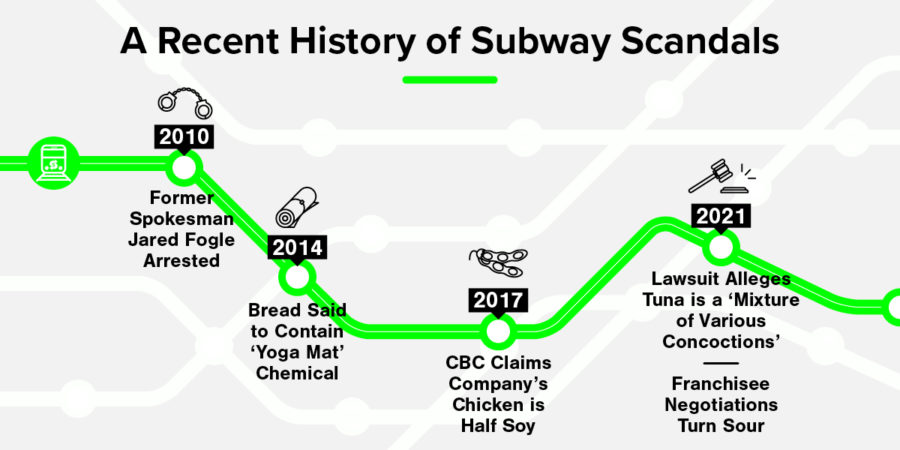 In the Post report, current and former franchisees argued the lack of leniency in store closures would be incredibly difficult to contend with. Paul Steinberg, an attorney who also owned a store in New York City, noted his former location was in the 9/11 frozen zone, and since the act was not of God but of terrorists, he said he could have lost his store under the new contract. Even under less extraordinary circumstances, he argued closures were inevitable.

“Often on holidays such as Thanksgiving and Christmas, nobody wanted to work — even at double or triple pay — and so I and my partner worked and skipped our family gatherings but even with that, we would have times when the snowfall was such that we would not open,” he said.

The company also wants franchisees to keep their stores open even amid a competitive labor market. The company aimed to hire 40,000 workers in May, but franchisees argue it has been difficult to call workers back to their jobs. The company originally told franchisees to resume pre-pandemic schedules in Fall 2020, reported Business Insider (May 11).

Overall, the pandemic wasn’t kind to the chain – it was forced to close a net 1,557 restaurants in 2020, representing 10% of all its stores. However, the company is telling its franchisees to stay open amid the current labor shortage, reported Restaurant Business (May 26).

Some franchisees say their product isn’t very fresh at all, with some detailing the delivery schedule of vegetables to stores. The company utilized vacuum-packed produce which is delivered once per week, causing some to question the validity of the “Eat Fresh” slogan, reported Fox Business (May 2)

“It is vacuum-packed, but the reality is it’s not fresh,” said one franchisee. “If I have it for seven days, it is more like 15 to 20 days since it was picked.”

In April, a group of Subway franchisees sent a letter to the widow of the chain’s founder with a list of demands which included allowing franchise operators to source their own produce. The group, representing about 1% of U.S. store locations, also requested changes like giving operators the ability to negotiate changes to franchise agreements, and leasing property from landlords other than Subway, reported New York Post (April 19).