As the conclusion of The Food Institute Report‘s Women’s History series, we are spotlighting the three female executives who were recently honored as the recipients of Specialty Food Association’s (SFA) eighth annual Leadership Awards. The Awards spotlight industry frontrunners who go above and beyond by creating positive social, economic, and/or environmental impact through innovation and vision. Members of SFA and others in the trade nominate individuals for the Awards and winners are selected by the SFA’s Recognition Industry Work Group. The SFA Leadership Awards are given in three categories: Business Leadership, Citizenship, and Vision. 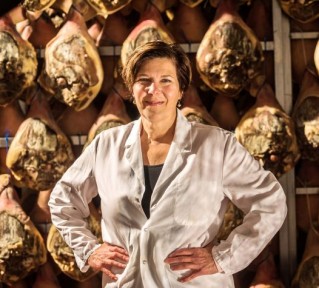 Italians are known for passing their businesses down through the male line, but in 2002 after her father stepped down, Lorenza Pasetti became president of Volpi Foods, a 118-year-old maker of artisan and Italian cured meats. Over the years, Pasetti has widely expanded Volpi’s offerings and its reach in the national marketplace, introducing multiple new SKUs. At the time she officially joined the company in the mid-1980s, there were 12 employees and eight SKUs; today there are 210 employees and 150 SKUs, most launched during her reign.

For instance, the company now offers salami infused with wine, mortadella studded with pistachios, and Roltini snacks of mozzarella and pepperoni. Pasetti also made a push toward sourcing free-roaming, heritage breeds from local, sustainable farms.

As the company continues to grow, her one foot remains firmly planted in Italian tradition, the other on the accelerator for expansion while maintaining quality. “Now dry-cured meats and charcuterie are really in vogue,” Pasetti said. 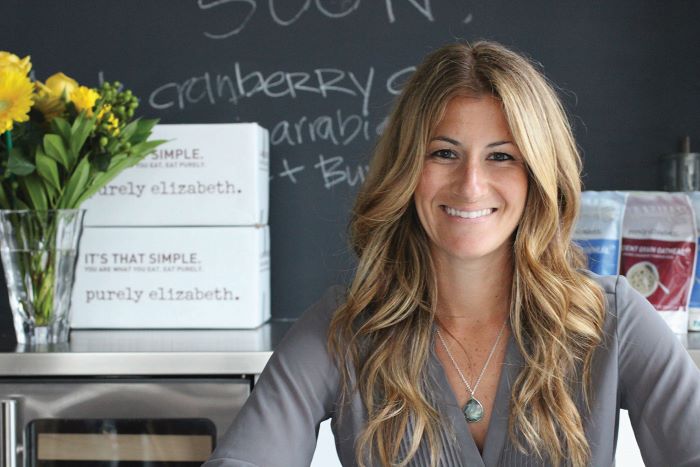 Originally a sales coordinator for a handbag company, Elizabeth Stein long enjoyed cooking and baking but did not take it seriously. After her gluten-free blueberry muffins were a success at the Westchester, NY, race expo, Stein pivoted and set up a practice as a holistic health counselor. In 2009, she launched Purely Elizabeth products including Blueberry, Cacao, and Apple Cinnamon Muffin Mixes, as well as the Perfect Pancake Mix. Stein had 10,000 orders in a two-week time period. Soon after, Purely Elizabeth products were stocked throughout Philadelphia and New York, followed by Whole Foods Mid-Atlantic. Stein added Chocolate Chip Cookie Mix and Purely Elizabeth Granola to her repertoire, which has become her biggest seller. In 2013, Whole Foods launched her brand nationally; sales reached $1 million.

The company, a Certified B Corp. using non-GMO, organic ingredients, seeks to promote a healthy food system through sustainability and transparency and be a force for good. To that end, it has donated to nonprofits such as Slow Food USA, Wellness in the Schools, Charity: Water, and the Fruit Tree Planting Organization. 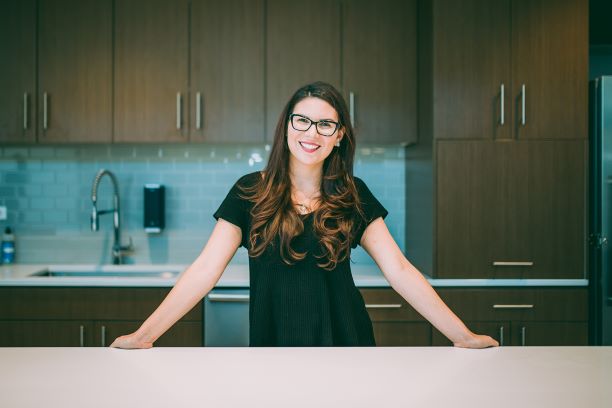 Natalie Shmulik always knew she wanted a career in the food industry. She previously owned and ran a breakfast and lunch franchise in Toronto called Sunset Grill, while also working at supermarket chain Longo’s demo program and culinary school. In 2013, she received a Master’s degree in gastronomy from Boston University then moved to Chicago where she became a consultant for The Hatchery, a nonprofit food and beverage incubator.

“First and foremost, I wanted to create a feeling of safety for the entrepreneurs,” she said. “It’s an uphill battle trying to figure it all out on your own; the margins, dealing with perishable products. We wanted to give them what they needed to be as successful as possible, a way to share strategies and knowledge and be with like-minded individuals.”