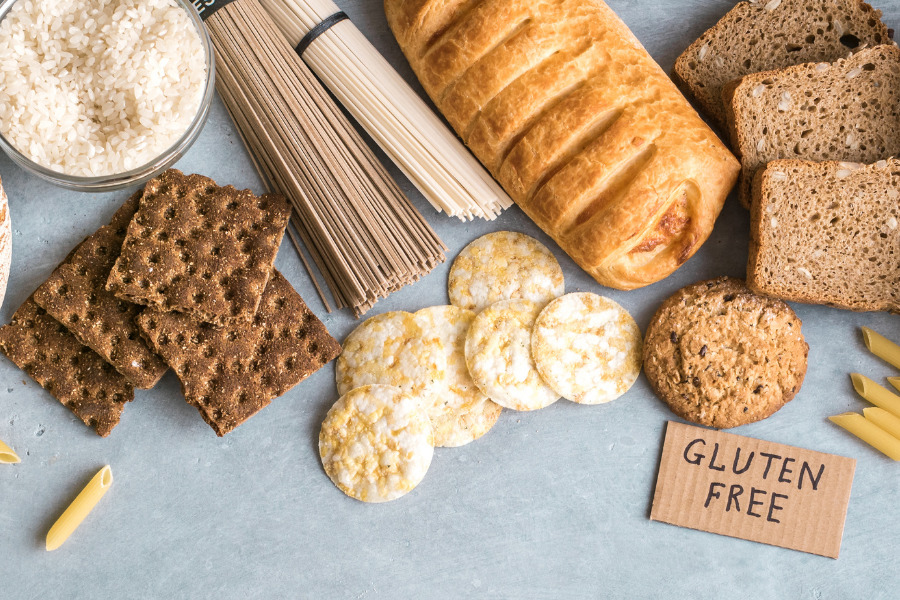 Gluten-free diets are all the rage, but aside from benefitting the small percentage of people with celiac disease and non-celiac gluten sensitivity, there is little to no evidence showing that a gluten-free diet is effective for weight loss or for general health benefits.

Yet, consumer surveys reveal that people perceive gluten-free products to be healthier than their gluten-containing counterparts, and almost a third of Americans are now avoiding or reducing their intake of gluten to facilitate weight loss, increased energy, and improved digestion.

A gluten-free diet is not new. It is the sole treatment for 1-2% of Americans who have celiac disease, a serious conditi`on where the body attacks a protein called gluten, naturally found in many whole grains, causing a spectrum of symptoms that range from bloating to intestinal damage. Up to 6% of people have a related stomach-upsetting but less threatening condition called non-celiac gluten sensitivity, according to the Harvard T.H. Chan School of Public Health.

While such a small number of people truly need this diet, gluten-free product sales are nevertheless booming. In fact, the global gluten-free products market size is projected to reach $43.65 billion by 2027, growing at a CAGR of 9.2%, according to Grand View Research data.

So, why is this happening?

Perhaps the largest contributor to the gluten-free craze has been celebrity endorsements, most notably that of actress and Goop lifestyle brand CEO Gwyneth Paltrow.

In a 2019 interview with The New York Times, Paltrow said her 2015 cookbook helped inspire the popularity of the gluten-free diet. According to Paltrow, “when I did my gluten-free cookbook in 2015, the press was super negative and there were personal attacks about what I was feeding my children and what kind of mother I am. Now the gluten-free market is huge.”

While the market is indeed huge, there is still little evidence showing the benefits of the diet for those without celiac disease or non-celiac gluten sensitivity.

“People who are sensitive to gluten may feel better, but a larger portion will derive no significant benefit from the practice. They’ll simply waste their money, because these products are expensive,” said Dr. Daniel Leffler, director of clinical research at the Celiac Center at Beth Israel Deaconess Medical Center in Boston and an assistant professor of medicine at Harvard Medical School.

That said, the profit-making potential of gluten-free products – whether targeting those with or without celiac disease or non-celiac gluten sensitivity – is too great for food manufacturers to ignore.

The Halo and Placebo Effects

Gluten-free foods also wear a “health halo,” a belief that a food product is healthful even when it may not offer special health benefits for most people. Research has shown that if one aspect of a food is advertised as healthy or people believe it to be healthy (in this case, the term “gluten-free”), there is a tendency to eat more of it, which, may in fact, promote weight gain. Additionally, an overreliance on processed gluten-free products may lead to a decreased intake of certain nutrients like fiber and B vitamins that are protective against chronic diseases.

Arizona State University College of Health Solutions Professor Glenn Gaesser added that the gluten-free diet’s global rise in popularity is due to influential endorsements, clever marketing and wishful thinking, rather than scientific backing. “It’s the placebo effect,” he said. “If you tell someone that this is the problem and if you get rid of it you’ll feel better, they likely will feel better.”

Although a gluten-free diet is the primary treatment for celiac disease and may help to alleviate symptoms in various conditions related to gluten sensitivity, the bottom line, according to researchers, is that there is currently no evidence showing that a gluten-free diet is effective for weight loss or for general health benefits.

That said, the gluten-free market shows no signs of slowing.