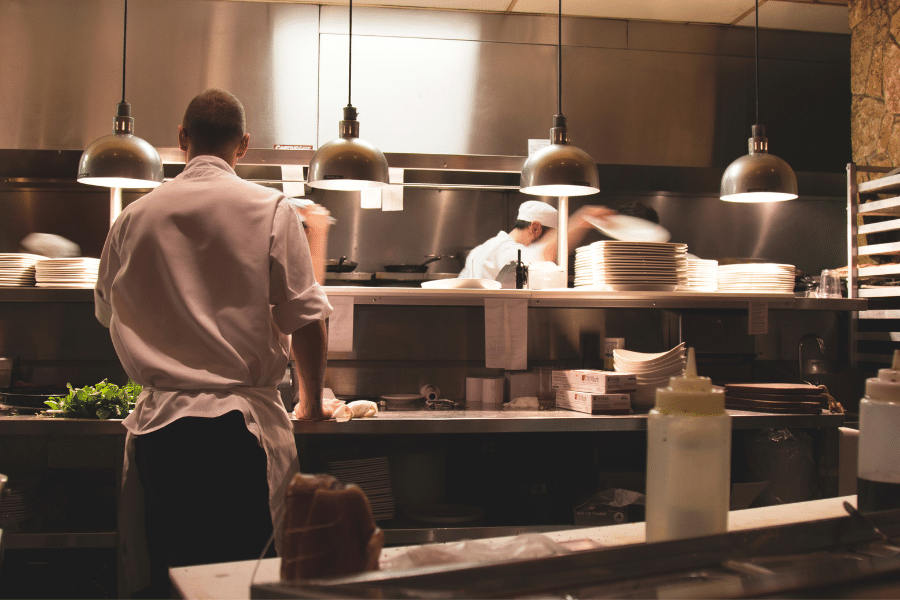 While the pandemic continues, food delivery and ghost kitchens are gaining in popularity as 2020 comes to a close.

Each of the 10 restaurants will get a two-week residency, offering limited-edition meals for delivery only. Because of the financial strains placed on restaurants this year, Thrillist is covering all costs including food, labor, packaging, and delivery.

“Our ambition is to continue offering our passionate audience the experiences they crave while helping the community endure this unprecedented time,” said Thrillist chief content officer Meghan Kirsch.

The Thrillist Ghost Kitchen lineup of 10 restaurants is starting with Rao’s, which is known as one of the city’s more impossible-to-book restaurants. This will be the first time New Yorkers can get a taste of Rao’s through delivery.

Other restaurants to be featured include Sylvia’s, Chinese Tuxedo, Caracas Arepa Bar, and Milu, among others.

Every Thrillist Ghost Kitchen delivery will include limited-edition items custom-designed and inspired by the restaurant. Recipients can expect a special kit containing a t-shirt designed by a local artist, as well as an insulated branded bag, a reusable cutlery set, and a portable wine tumbler.

On the West Coast, Dickey’s Barbecue Pit is ramping up expansion through its own virtual kitchens. Northern California restauranteurs John and Max Lee opened their first two Dickey’s locations in November—the first of nine total virtual kitchens they plan to open in the U.S.

Customers in the surrounding 10-mile area can order food delivered to their doorstep via the website/app or by phone.

The family franchisees signed development agreements to open seven other virtual kitchen Dickey’s locations in the Bay Area and one more off-premise based unit in Las Vegas. They also intend on bringing Dickey’s to the Southeast Asian countries of Myanmar and the Philippines.

Both are available exclusively on Grubhub for any independent and/or chain restaurants interested in generating incremental revenue by adding virtual brands to their existing kitchen.

“There’s no question that it’s been an incredibly challenging year for restaurants. With the launch of new virtual concepts, we’re excited to partner with VDC and bring new, exclusive opportunities to our restaurant network,” said Kevin Kearns, SVP, Restaurant Network at Grubhub. “These concepts will not only help drive additional revenue now, helping in the current state of the industry, but also down the line when we start seeing the country fully reopen.”

“The power of celebrity Virtual Dining Concepts is that it provides an added value for restaurateurs across the country,” said Robert Earl, co-founder of Virtual Dining Concepts. “Similar to Tyga, Mario Lopez and DJ Pauly D come in as partners, playing an active role in marketing and promoting their brands to their millions of followers, driving revenue to the restaurants.”