Apr 21, 2020
How Are Food Companies' Financials Fairing?
By Victoria Campisi 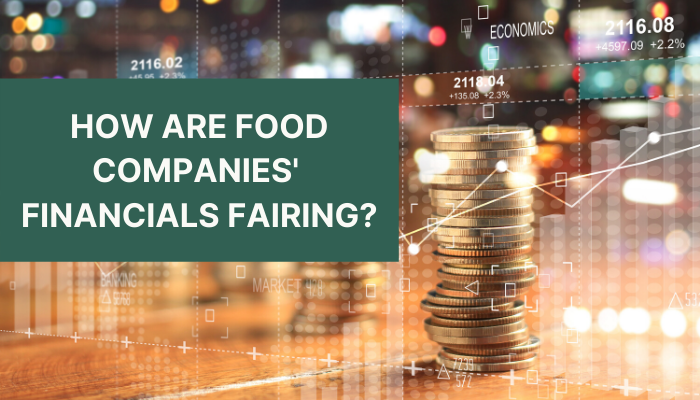 Companies have reported mixed earnings as different industries experience various effects of the coronavirus on sales.

Smucker, which produces Folgers coffee, expects net sales to fall 1% in the fiscal year ending April 30, 2020, compared with a prior forecasted 3% drop. However, the magnitude of demand increases has started to moderate, according to the company.

Additionally, it expects adjusted earnings per share to exceed the high end of its previous forecast range of $8.10 to $8.30, helped by falling costs and increasing production.

Coca-Cola Co.'s global volumes plunged 25% since the start of April, reported CNBC (April 21). The closures of movie theaters, restaurants, and stadiums is continuing to hurt business, as only half of the company's revenue typically comes from drinking at home.

“The ultimate impact on the second quarter and full year 2020 is unknown at this time, as it will depend heavily on the duration of social distancing and shelter-in-place mandates, as well as the substance and pace of macroeconomic recovery,” Coke said. “However, the impact to the second quarter will be material.”

The company saw heightened demand from grocery stores and e-commerce channels for its drinks in some markets in March due to stockpiling. E-commerce growth rate doubled in many countries, but still remains a relatively small part of the business, according to CEO James Quincey. North America was the sole region to see growing volume. In Latin America and Europe, the Middle East and Africa, volumes were flat for the quarter as sales took a hit in March.

Chinese sales have begun to recover as the country gradually reopens and transitions into a new normal, according to Coke executives.

Unit case volume of water, enhanced water, and sports drinks grew 2% in the quarter, while sparkling soft drinks’ volume dropped by 2%. Its juice, dairy, and plant-based drinks segment and its tea and coffee business saw volume declines of 6% during the quarter.

French food group Danone posted higher first-quarter sales as shoppers bought more dairy, plant-based and nutrition products to eat at home, but the company's CEO cautioned the second quarter would not replicate the first because there is bound to be some destocking, reported Reuters (April 21).

Increased at-home consumption and stockpiling in North America and Europe in March lifted demand for Danone’s staple dairy and plant-based products by 4.6%, while sales of specialized nutrition products jumped 7.9%.

This offset a 6.8% fall in sales at its water division, where demand was hit by the closure of restaurants and cafes. About 40% of the division’s sales are normally consumed away from home.

Grocery Outlet said consumer activity "moderated" in the first three weeks of April, but reports percentage gains in same-store sales this month in the high-single digits compared to last year.

However, the company said it will incur significant costs related to cleaning and safety, corporate and distribution center personnel, protective equipment, and its supply chain, warning those costs will be higher in the second quarter.