Mar 25, 2020
Farmers Are In Demand
By Victoria Campisi 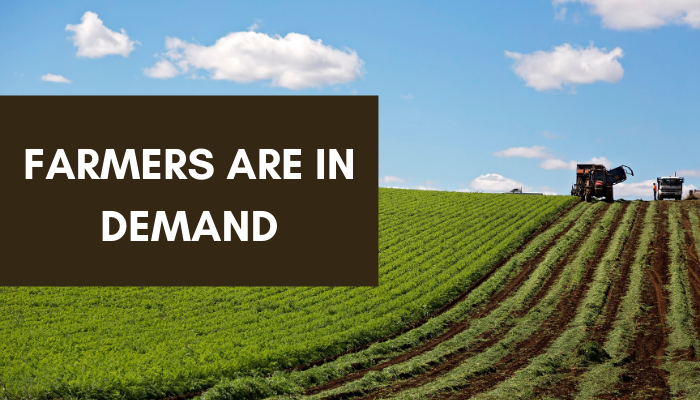 Farmers in rural America are expanding food delivery to meet rising demand from consumers, particularly in areas of the country where grocery delivery services are not widely available, reported Reuters (March 25).

As many consumers want to stay away from supermarkets, farmers said they were experiencing an uptick in demand for home deliveries in areas where grocery delivery services like Instacart and Amazon Fresh are not widely available. “We’re finding that these farms have a lot of opportunity to step in and prove their value now,” said Dan Miller, CEO of Steward, a company that provides capital to sustainable farms and helps them set up e-commerce platforms.

More farmers are shifting focus to direct-to-consumer sales amid declining need from local restaurants, while meat processors such as Tyson scramble to get their supplies to grocery stores.

Tyson indicated it would pay farmers a onetime premium on cattle slaughtered this week after facing objections over the company's soaring profits. “This is an unprecedented time and the intent of our response is to show our support in an effort to help our supply partners weather this extraordinary situation,” Tyson said.

"It’s in challenging times like this when farmers and ranchers true passions shine, feeding and contributing to the stability of local communities,” said CFBF president Jamie Johansson.

However, in Arizona, one of the greatest concerns is the availability of workers, according to Stefanie Smallhouse, state president of AFB. “Our largest impact involves using H2A workers and day laborers who cross the border every day. We have a lot of farmers who employ folks with work visas and we have concerns about how border restrictions will impact these folks being able to get back and forth.”

Meanwhile, Ardent Mills is buying more wheat and durum from farmers to boost flour production as North American flour mills and bakeries are rushing to increase manufacturing as the spread of coronavirus leads to stockpiling of staples like bread and pasta, reported Reuters (March 23). “The flour is in production and the mills are running fine," said Buck Vanniejenhuis, the company’s general manager for Canada. "People shouldn’t be concerned about supply. It’s a demand issue.”