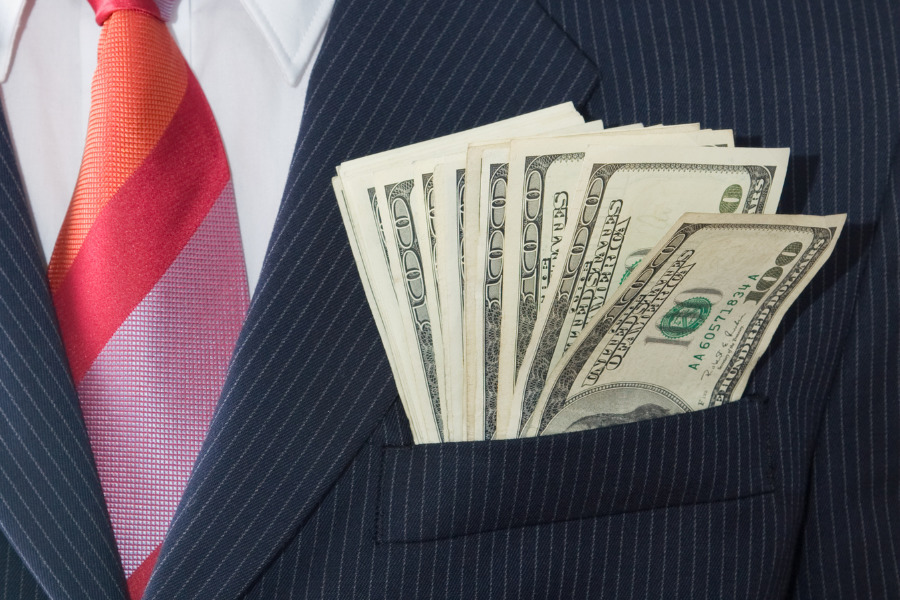 The 2020 pay package of DoorDash CEO Tony Xu far exceeded that of most S&P 500 CEOs. However, it’s not the only one to raise eyebrows.

In fact, CEO compensation rose to an average $15.3 million last year among the 51 companies surveyed by the Institute for Policy Studies.

DoorDash awarded Xu restricted shares shortly before the company went public last December that were initially valued at more than $400 million, reported The Wall Street Journal (June 3). In its filing, the company described the award as a tool to keep the CEO on the job and motivated to increase the company’s value over a number of years.

“DoorDash is a relatively young company with an ambitious vision,” the company told The Wall Street Journal. “The board has structured Tony’s compensation to maximize the incentive towards those long-term goals.

Xu’s equity award consists of 10.4 million restricted shares, roughly 3.5% of Class A shares outstanding as of the end of April. The shares will only become fully his if the company’s share price rises sharply, between 25% and more than threefold and he cannot start earning them until June 2022. For him to receive 100% of the award, the stock price would need to average at least $501 for six months before late November 2027.

The full award could be worth about $1 billion, taking into account DoorDash’s stock price, volatility, and the changes that its stock-price targets will be met, Andy Restaino, the founder of consulting firm Technical Compensation Advisors Inc. told the Journal.

According to a proxy filing by the retailer, Cornell received a total compensation package of about $19.8 million—an increase of about 4.3% year-over-year. His base salary remained unchanged from the previous year at $1.4 million, but he earned a $1.12 million incentive bonus tied to the company’s sales and income performance and $4.48 million for a non-equity incentive plan.

At Walmart, the top six executives cumulatively received total compensation of $79.93 million in fiscal 2021 which ended Feb. 1., reported ABC7 (April 24). Their combined salaries and benefits equate to $9,124 for every hour of the year.