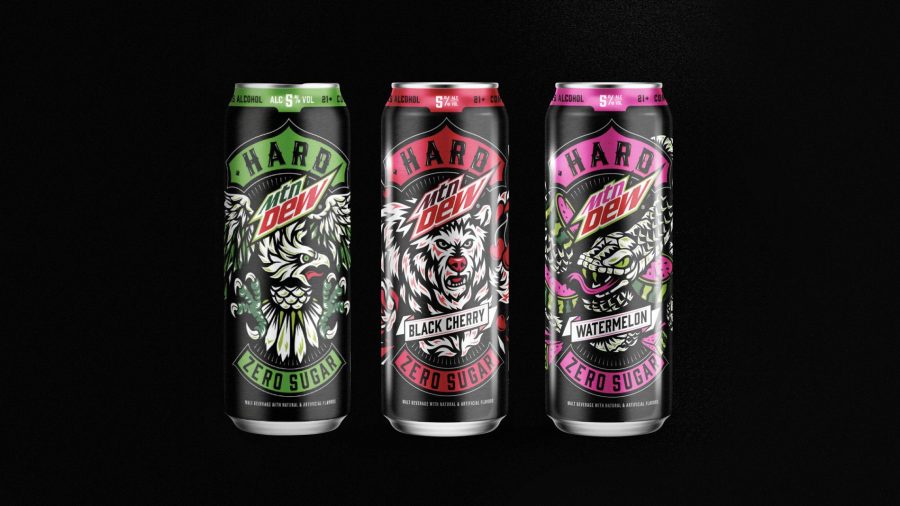 One of America’s favorite sodas is getting a boozy makeover.

The Boston Beer Company and PepsiCo are teaming up to produce an alcoholic version of Mountain Dew called HARD MTN DEW.

The new drink will be in the flavored malt beverage category and contain 5% alcohol by volume. It will come in three flavors—standard, black cherry, and watermelon—which all contain zero sugar.

The accord plays on the success of the Mountain Dew brand, as well as the softening of other alcoholic beverage categories.

The partnership comes on the heels of Boston Beer coming well short of analysts’ second-quarter earnings projections. CEO Dave Burwick said in a statement the company “overestimated the growth of the hard seltzer category in the second quarter.” Additionally, the beer category as a whole has been struggling with volume declining 2.8% last year.

“We know that adult drinkers’ tastes are evolving, and they are looking for new and exciting flavorful beverages,” said Burwick in today’s press release. “The combination of our experience in brewing and developing the best-tasting hard seltzers and hard teas, and MTN DEW, a one of kind multi-billion dollar brand, will deliver the excitement and refreshment that drinkers know and love.”

Back in October, Pepsi CEO Ramon Laguarta told analysts that the company would consider entering the alcohol category following the announcement from rival Coca-Cola that it would launch Topo Chico Hard Seltzer. Pepsi also filed a trademark application in June to sell Rockstar-branded beer and hard seltzer.

For years, Pepsi has been trying to leverage the success of the Mountain Dew brand to move into new categories, such as energy drinks. Earlier this year, the company launched Mtn Dew Rise Energy.

WHY IS MOUNTAIN DEW SO POPULAR WITH CONSUMERS?

Mountain Dew holds about 7% market share in carbonated soft drinks, putting it in fifth place, according to Euromonitor.

So, why has the beverage been so popular for so long?

Its loyal “DEW Nation” fan base, which even has its own DEW Nation HQ website, a free member portal allowing fans to earn points and badges, and even chat with other DEW diehards.

Additionally, the brand is famous for its various branding pacts with other products and companies, according to a report by ArcGIS StoryMaps. Some of its most famous associations include NASCAR and XBOX, as well as its wildly popular Taco Bell collaboration: the Mountain Dew Baja Blast.