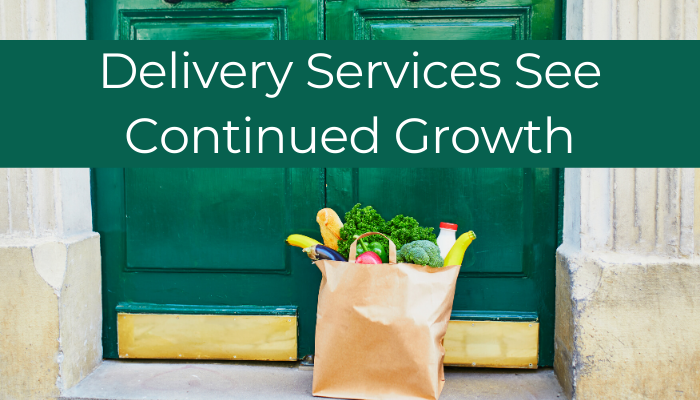 Since the start of the pandemic, delivery developments have continued to make headlines in foodservice and retail with a renewed interest in investments.

DoorDash Inc. is close to securing new funding that would value it at more than $15 billion before the infusion, reported The Wall Street Journal (June 11).

The company plans to sell hundreds of millions of dollars of equity to existing backer T. Rowe Price Group, as well as Fidelity Investments and others, according to people familiar with the matter. The exact size of the deal is still being finalized, so plans could possibly fall through.

Matt Maloney, CEO and founder of Grubhub, will join the Just Eat Takeaway.com management board and will lead the combined group's businesses across North America.

After its service exploded in recent months, Instacart raised $225 million in a funding round, bringing its valuation to $13.7 billion, reported Bloomberg (June 11).

The new value matches the price Amazon paid to acquire Whole Foods in 2017 and is a significant jump from Instacart’s valuation in late 2018, which was $7.9 billion.

DST Global and General Catalyst joined existing investor D1 Capital Partners in the round. Instacart will use the funding to support the surge of new customers, workers, and partners, and fuel behind-the-scenes work in advertising and business software it provides to grocery partners, according to the company.

Since lockdowns began in March, demand for the service rose to a level investors did not expect until 2025. Last month, Instacart said it was on track to process more than $35 billion in sales this year.

Additionally, Instacart is expanding beyond grocery delivery to offer same-day delivery of home goods in a partnership with Big Lots, reported Bizwomen (June 9). Instacart will pull items from Big Lots' 1,400 stores across the country, which offer furniture, electronics, toys, accessories, and food.

In the UK, Aldi extended its trial of grocery home deliveries in partnership with Deliveroo to London, following a successful eight-store trial in central England in May, reported Reuters (June 12).

“In the three weeks since we launched our partnership with Deliveroo, feedback from customers has been very positive,” the company said.

Previously, Aldi restricted online sales to wine and its "Specialbuys" range of nonfood items. However, in April, it started selling online food parcels to help self-isolating and vulnerable customers during the pandemic.

Meanwhile, Chinese grocery delivery company Dada recently launched a U.S. IPO, with a valuation of $3.5 billion, reported CNBC (June 7). Walmart, which became a strategic investor in Dada in 2016, intended to buy more than 10% of shares in Dada's IPO, according to the prospectus.

During the first three months of the year, Dada's active customers increased to 11.9 million, while the average order size rose more than 50% to $21.