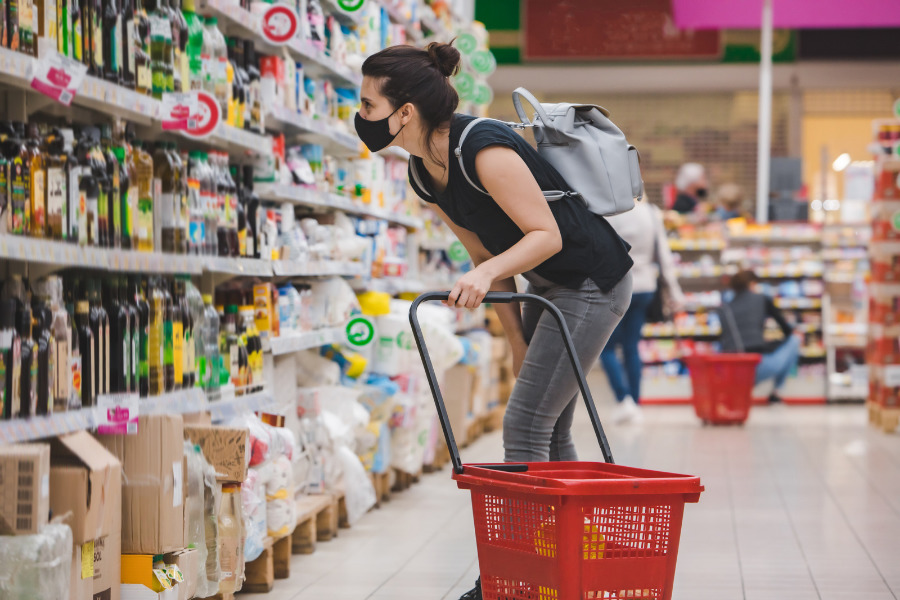 Financial strains caused by the pandemic are the main source of worry concerning grocery prices, according to dunnhumby’s latest Consumer Pulse Survey.

About 58% of shoppers reported shopping where regular prices are low, while 43% are picking the lowest-priced products to fill their shopping carts. Thirty-six percent are using coupons, 34% are searching online for the bet sales, and 21% are buying more private brand items.

Nestle recently launched single-use sachets of Maggi seasoning in Indonesia and smaller sachets and cooking sauces in the Philippines. The company is also working on “enhancing the meatiness of its bouillon” for when meat itself becomes a luxury, according to Nestle’s head of culinary products Agnes Lalanne. It is also promoting recipes that call for cheaper proteins like eggs and canned meat in the Philippines.

“We’ll give this (affordable products) more emphasis,” Nestle CEO Mark Schneider said last week after reporting third-quarter sales, “because affordability, especially when it comes to the economic consequences of COVID, will become ever more important.”

Price promotions are also being reinstated after many companies initially pulled back on them in March and April when shutdowns drove shoppers to hoard groceries.

Unilever said during an earnings call it had reactivated promotion plans with retailers after suspending them during the first and second quarters. In addition, ConAgra increased price promotions since early spring on products such as Pam cooking sprays, Bird Eye frozen vegetables, and Marie Callender pies.

By the end of September, about 26% of U.S. grocery items purchased featured a price promotion, according to Nielsen data, below the 31% average in the one year to Feb. 29, 2020.

Meanwhile, the dunnhumby survey found that consumers are now less concerned about COVID-19. The “dunnhumby Worry Index,” a measure of how concerned consumers are about the pandemic, is down to 24% in the U.S. as of September, a drop of 5% compared to July.

However, just 50% of consumers in the U.S. and 48% globally believe stores are doing a good job regarding the virus. Discontent with government actions also continues to grow with 77% of Americans surveyed saying they disapprove of the government’s actions during the pandemic, compared to 67% of consumers globally.

“Since the pandemic first hit, we have been analyzing and studying consumer reactions to the virus, how it impacted their shopping behavior, and how they in turn reacted to retailers’ actions to combat the virus. Seven months after shutdowns, we are now seeing a major pivot with consumer focus turning away from the virus itself to now being more concerned with increasing food prices while the economy and their personal finances are deteriorating,” said Jose Gomes, president of North America for dunnhumby. “Retailers need to take note that most shoppers right now are on the hunt for more value by shopping at stores with regularly low prices, while also seeking discounts and promotions.”

When it comes to value, 34% of respondents rated Walmart first, with Aldi second at 12% and Kroger third at 9%.