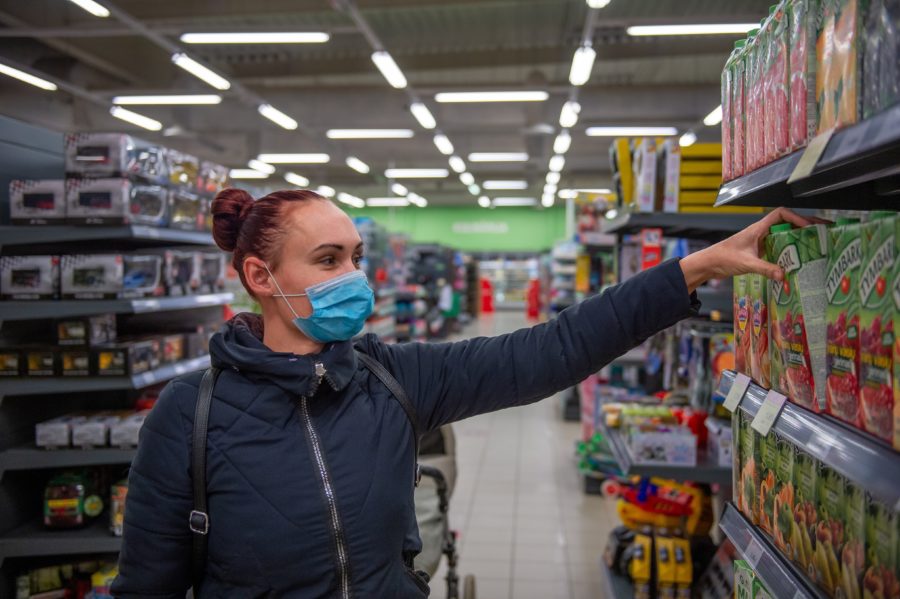 Despite rising coronavirus cases across the country, hazard pay for retail workers is not keeping pace.

Industry observers say many retailers are not sharing enough of the profits they have earned during the pandemic with their workers, but are instead benefitting shareholders through stock buybacks, reported The New York Times (Nov. 19).

Amazon ended its $2-an-hour pay raise for workers earlier this year and then produced a pandemic-related bonus in June, but no new hazard pay was planned, according to a spokeswoman. Additionally, Walmart paid a series of special cash bonuses, but the company has not raised wages broadly despite another big increase in quarterly sales.

Kroger also offered raises at the start of the pandemic and bonuses in June—but those have ended. Employees have staged protests nationwide outside stores asking the company to reinstate the pay raises, especially while sales are soaring.

Some government leaders have tried to get involved and compensate retail workers for the risks they are taking, but the effort to include hazard pay for frontline workers in the various rounds of federal stimulus bills have all failed.

However, some food companies are making positive changes.

Starbucks announced a round of pay hikes for its baristas, reported Bloomberg (Nov. 18).

The company will raise wages by at least 10% for baristas, shift supervisors, and cafe attendants that were hired on or before Sept. 14. The increase will go into effect on Dec. 14.

Starting pay rates will rise 5% “so our store managers can continue to attract and retain new talent,” said Starbucks EVP Rossann Williams. The company will increase the premium it pays above the minimum wage in the markets it operates.

Starbucks previously expanded emergency pay for store staff impacted by the coronavirus and extended it through May 31 for those diagnosed or directly exposed to COVID.

Meanwhile, JBS’s American division will eliminate out-of-pocket costs for employees who need health care due to COVID-19, reported Forbes (Nov. 20). The company hosts 90,000 workers and dependents in the health plan, and those enrolled will not have to pay any deductible or co-insurance if they contract the disease.

Health reimbursement account funds will not have to be used to cover costs either. Workers previously had to meet deductibles before the health plan paid 80% of the costs, and after reaching the out-of-pocket maximum, costs were paid at 100%.

JBS is still determining the number of employees who need reimbursements. “It’s moments of uncertainty for all of us,” says JBS USA CEO Andre Nogueira. “We want to reduce a little bit more. ”

In addition, Ocean Spray gave $100,000 to launch the Ocean Spray Farmers for Chefs Alliance. The program will help independent restaurants cover rent and payroll costs, with Ocean Spray looking for donations to expand the program.

“As a cooperative, Ocean Spray farmers know the importance of building and feeding communities, and share these values with local independent restaurants,” said Chris O’Connor, VP of Marketing at Ocean Spray. “Restaurants are of paramount cultural importance in neighborhoods across our commonwealth and right now they need us.”