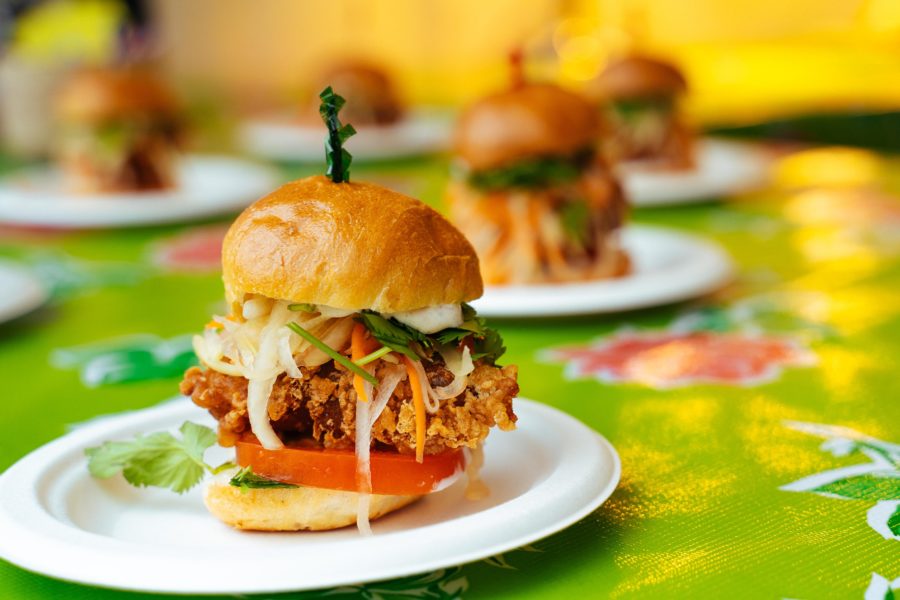 Grubhub released its 2020 Year in Food report, analyzing what foods were most popular with diners this year.

Consumers turned back to comfort foods and caffeine to get through the pandemic, turning away from vegan and vegetarian options which previously experienced growth. The spicy chicken sandwich purchase trend continued as the number one most popular item with a more than 300% increase in popularity. Notably, one consumer went all in on the trend, ordering 135 chicken sandwiches at once.

Chicken sandwiches were also popular in DoorDash’s recent State of Flavor report. They came in at number two among the 10 most popular items ordered this year.

Breakfast delivery in general was something that grew during 2020. This is echoed in DoorDash’s report which found that, as more Americans stayed at home to abide by social distancing guidelines there was an increase in breakfast items ordered during the year. Iced coffee, Sausage, egg, and cheese, Breakfast burritos, Pancakes, and French toast were among the most ordered items on the app in 2020.

Grubhub also found that beverage deliveries were on the rise as morning regiments changed for most Americans in 2020. Ready-to-drink coffee orders rose by 30%. The top coffee beverages were pumpkin spiced lattes, vanilla lattes, flat whites, cold brews, and nitro coffees.

However, it wasn’t just breakfast beverages that consumers wanted delivered. As restrictions on alcohol delivery were lifted across the U.S., diners were able to add a range of alcoholic beverages to their orders. Cocktails, beer, and wine rose nearly 300%.

For dessert, there were a variety of items, as well as some regional classics that brought comfort to consumers. Apple pie was the number one favorite, followed by hot fudge sundaes, caramel crème brulees, Italian ice, and chocolate chip cannolis.

Although Grubhub found that consumers turned away from plant-based/healthier options this year, DoorDash reported that these items could make a comeback in 2021. Seventy-two percent of Americans plan to eat healthier in 2021, with nearly half sharing that they will incorporate more plant-based food into their diets.