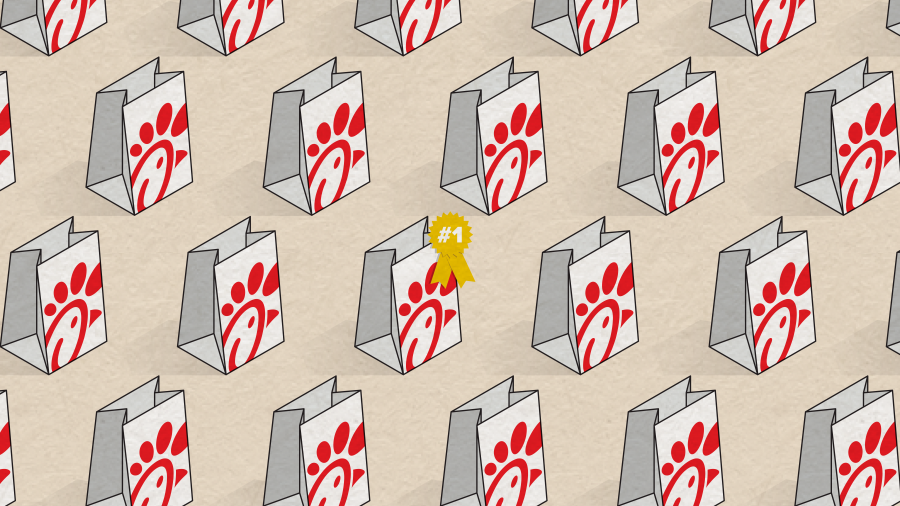 Chick-fil-A was rated America’s top fast-food restaurant for a seventh straight year, according to the latest American Customer Satisfaction Index (ACSI), which provides customer satisfaction benchmarks for major companies in the foodservice sector. At the same time, Subway had the biggest drop among limited-service restaurants, and McDonald’s ranked last.

Privately-owned Chick-fil-A, ranked by Franchise Times Magazine as the ninth-largest franchise company in the U.S., reported record free-standing franchised restaurant sales last year as it added drive-thru lanes, dispatched outdoor order-takers with tablets, and expanded both curbside pickup and third-party delivery amid the pandemic. Sticking to its dedication to customer service and specialized menu, revenue was $4.3 billion in 2020 compared to $3.8 billion in 2019, an increase of 13%. The Atlanta-based company reported comprehensive earnings of $715.9 million in 2020 versus $647.2 million in 2019, an increase of 10.6%. (Restaurant Finance Monitor, April 11)

In general, the quick service restaurant segment fared quite well during the pandemic. For the 12 months ending in March, fast-food chains dominated the restaurant market – taking in 70.2% of dollars spent eating out and 82.9% of all restaurant traffic, according to data from The NPD Group.

Yet, as the ACSI suggests, not all QSRs are making it out of the pandemic with their reputations intact.

The company has struggled to find its footing for years, even before founder Fred DeLuca’s death in 2015. The success of its $5 footlong deal during the 2008 financial crisis fueled massive expansion, helping the chain become the largest in the U.S. by number of units. But rivals lured consumers away, while the company’s large footprint led to sales cannibalization among its remaining customers. And as sales slid, ugly fights with franchisees played out in courts and splashed across headlines (CNBC, July 6). Most recently, the chain has been contending with claims that the tuna served at its restaurants isn’t actually tuna.

Subway is now hoping that upgrading its ingredients and mobile app will help draw customers back. Starting July 13, the company’s U.S. restaurants will offer nearly a dozen new or improved ingredients, as well as 10 revamped or original sandwiches.

The fast-food chain has been under fire for allegations of sexual harassment of workers in its restaurants, which have become a growing and more high-profile issue as groups like the ACLU provide legal support to plaintiffs.

The company is also facing a number of lawsuits from Black franchisees who have accused the chain of racial discrimination. McDonald’s has disputed the allegations, calling the suits without merit, and has sought to have them dismissed (Fortune, April 14).

Until recently, McDonald’s had also been feuding with franchisees over certain technology fees but cut a deal with operators reducing a one-time charge by more than 60%, or about $42 million.

Back on the customer satisfaction front, McDonald’s is looking to boost the customer experience, launching its first-ever loyalty program nationwide this week. In addition to several rewards options, workers will greet loyalty members by name as they move through the drive-thru lane, and customers will also get a personalized email after they pick up their orders that includes upcoming deals tailored to them.

McDonald’s has also worked to integrate its new loyalty program into its broader suite of technology. The program is part of the company’s new “MyMcDonald’s” platform, which ties together its various tech investments, like its app and digital menu boards, and makes it easier for customers to order and pay for their food (CNBC, June 22).