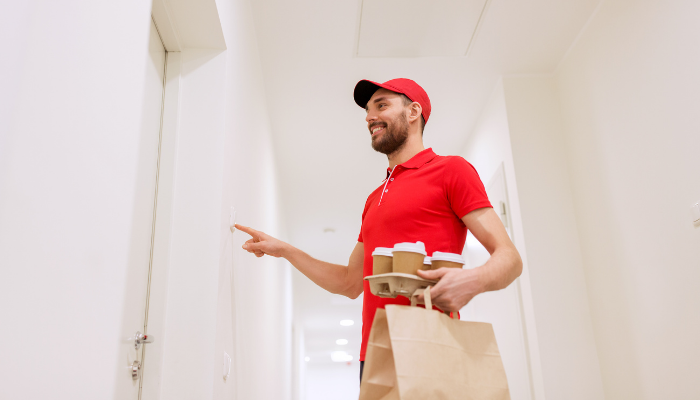 The year 2020 has been like no other in recent memory.  The pandemic has left Americans with many new government-enacted laws which were instituted in order to keep people as safe as possible and they have had to adapt to new norms given this current environment. One thing is for sure, we still need to eat, and this year has brought about many changes that have made food offerings more accessible for the average citizen.

Reports indicate that the total value of online food deliveries expected in 2020 could reach upwards of $26.5 billion—which would be in excess of a 20% increase year-over-year.

A recent study carried out by the National Restaurant Association (NRA) also found that many restaurants have had to adapt their business models to meet the changing demands. It’s predicted that this trend will continue in the winter months—possibly even longer.

It should be no surprise that the highest percentage of customer orders are evening meals, but there’s a new daypart in town: breakfast!

During the first week of November, the NRA study reported that the biggest growth area was breakfast orders, with 35% of people ordering morning food and drink. This is a welcomed option to many who are shuttered down in their homes and it appears to be, in many instances, a beneficial revenue stream for many local restaurants or coffee shops.

Food delivery company DoorDash noted that more Americans ordered breakfast for delivery in 2020, with an expectation that this trend would continue into 2021, according to its 2020 State of Flavor report.

DoorDash witnessed an increase in breakfast items ordered this year as more Americans stayed at home this year. The company cited iced coffee, sausage, egg, and cheese, breakfast burritos, pancakes, and French toast as among the most ordered items in 2020.

In order to expand its delivery presence, and provide hungry morning customers with what they desire, DoorDash inked a sizable deal with Dunkin’ Brands to deliver the chain’s coffee and espresso beverages, baked goods, and sandwiches from 3,500 of Dunkin’s locations, with further expansion anticipated over the coming months.

“That first sip of coffee is what gets most of us going in the morning, and even though our morning routines look a bit different these days, we’re excited to make it easier for Dunkin’ fans everywhere to enjoy their favorite classics from the comfort of their couches, home desks, or wherever they start their day,” says Toby Espinosa, VP of Business Development at DoorDash.

Bite Squad, an up and coming on-demand delivery player with numerous locations in 14 states, recently revealed that it is increasing its breakfast delivery presence in Florida. The popular app now has more than 450 Tallahassee area partners from which to choose from—with at least 34 offering breakfast.

Meanwhile, the playing field is getting more and more competitive as DoorDash is vying for increased market share versus rivals such GrubHub (in a deal to be acquired by Just East Takeaway.com), Uber Eats (who partners with coffee powerhouse Starbucks), UK-based Deliveroo and FreshDirect (whom grocer Ahold Delhaize just announced a majority stake), to name a few.

In addition to the Ahold/FreshDirect news, the UK’s Deliveroo (Amazon holds a 16% stake) appointed Goldman Sachs and JPMorgan to manage an IPO of between 35% to 40% of its business in the first half of 2021, reported Reuters (Nov. 19). The company will reportedly list on the London Stock Exchange, but one would imagine it will make its way over to trade and operate in the U.S. sooner rather than later.

We will ultimately find out if this increasing delivery trend for the “most important meal of the day” continues on its upward trajectory after we finally move on from the pandemic.