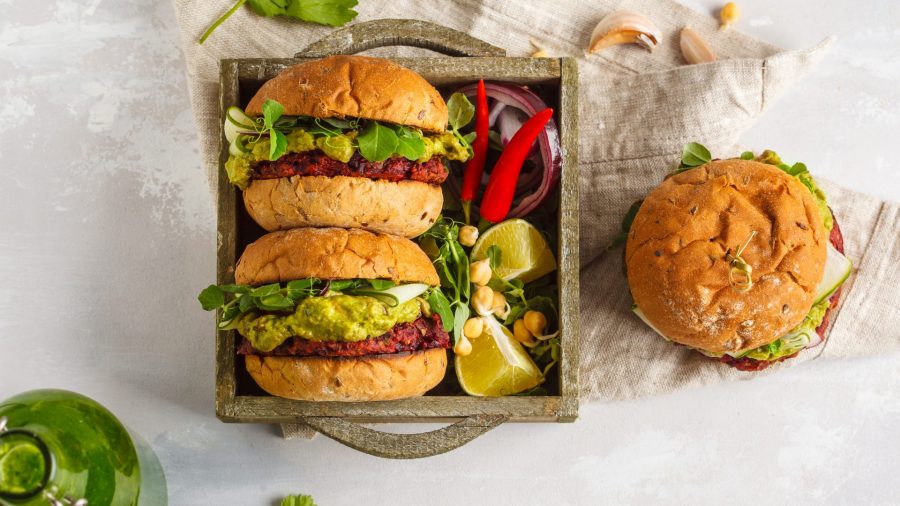 Just when it seems like plant-based food couldn’t get any bigger, the industry is now predicted to grow fivefold by 2030.

The global plant-based alternatives market could grow to $162 billion in the next decade, up from $29.4 billion in 2020, according to Plant-Based Foods Poised for Explosive Growth, a report from Bloomberg Intelligence. The firm expects plant-based food alternatives to reach 7.7% of the expected $2.1 trillion global protein market and for meat and dairy alternatives to outpace conventional products.

Between Beyond Meat filing for over 100 trademarks in the past decade—including one for Beyond Milk—and Quorn beefing up its U.S. presence with the opening of a new culinary development center, the category isn’t slowing down any time soon.

“Product innovation and improving taste and nutritional profiles are key,” she said. “Companies in this space are gaining more scale, which is creating production efficiencies that can help lower the price gap between plant-based and conventional products.”

Bartashus added that, in turn, this encourages consumers to buy products at retail stores. “We are also expecting another wave of plant-based product promotions at restaurants, which help encourage trial and then purchase of items at grocery stores,” she noted.

Recently, NPD Group found that shipments of plant-based proteins from foodservice distributors to pizza operators jumped by 56% in the second quarter of 2021. Plant-based chicken analogue shipments to operators increased by 98%, while plant-based Italian sausage shipments grew by 72%, compared to a year ago.

“Plant-based is no longer just a niche player in the foodservice market,” said Tim Fires, president of NPD’s SupplyTrack service, in a press release. “It’s a mainstream ingredient.”

The report found that, if alternative-meat product retail sales growth and penetration mimic plant-based milk, the market could expand to $74 billion in the next decade, from $4.2 billion in 2020. Increased commercial availability of substitute meat products from Beyond Meat, Impossible Foods, Tyson, and others is adding to this momentum.

“We are forecasting that meat-substitutes will grow at a faster pace than alternative milk, since that is a much more mature category,” said Bartashus. “However, within dairy, we see pockets of growth, particularly in ice cream, cheese, and yogurt. Plant-based egg products, condiments [and] dressings are all still pretty nascent so they will show strong growth but off a smaller base.”

“Plant-based eggs are a totally new category,” Riley noted. “That means the egg category is also the one with the most growth potential in the plant-based space—the category grew 168% in 2020. …”

Additionally, Bartashus said that plant-based chicken products are expected to be a big focus over the next 12-18 months, “due to new products and formulations being offered that mimic the taste and texture of chicken even better than before.”

Fishless-fish has also recently gained traction, leaving some to wonder if it could be the next big thing in the vegan food industry. Future Market Insights (FMI) forecasts that the global plant-based fish market will grow by a 28% CAGR between 2021 and 2031.