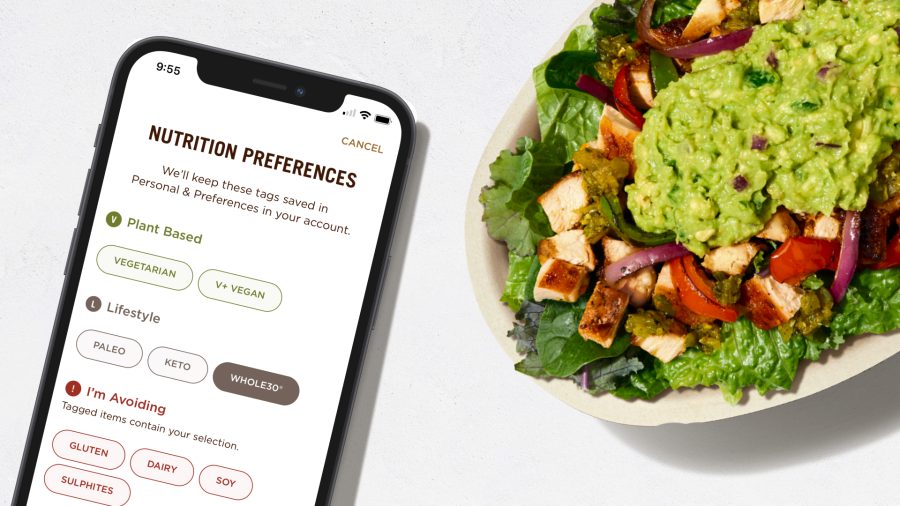 The chain recently added nutrition filters to its app and chipotle.com, a move that allows customers to create a tailored menu that saves options such as vegan, paleo, and gluten- and soy-free to their profiles. Once selected, the chain’s digital users will be shown acceptable menu items flagged for their order.

“Chipotle’s nutrition filters are a good example of customized/personalized nutrition,” said Kaplan, currently the sustainability manager at plant-based dairy producer Miyoko’s, in an email to The Food Institute. “As we see more personalized nutrition options on menus, [like] diet recommendations that have been tailored to meet a consumer’s personal nutritional requirements … I expect to see other customized categories, like sustainability customization.”

Chipotle’s recent move builds on the success of chain’s diet-specific Lifestyle Bowls (curated bowls that include vegan, keto, and double protein options), the sales of which have grown 484% since being introduced in 2019, reported Restaurant Business (Oct. 1).

Executives with Chipotle – which has already surpassed $2 billion in digital sales this year — said the addition of the nutrition filters is in line with their mission to be transparent with ingredients and offer customers more control.

“We want to continue to evolve our digital platform so it’s delivering a completely customizable experience for guests that caters to important diet and lifestyle considerations,” said Stephanie Perdue, the vice president of marketing at Chipotle, in an email to The Food Institute.

The full list of nutrition filter preferences includes: vegetarian, vegan, paleo, keto, and Whole30, as well as items that are free from gluten, dairy, soy, or sulphites. The company, which currently has more than 24 million Chipotle Rewards members, also acknowledged that the nutrition apps aid its marketing efforts and allows it to get to know customers better.

OTHER KEY ELEMENTS OF FUTURE MENUS

The Food Institute recently asked several industry insiders what other factors will play into the restaurant menu of the future. Most agreed that, for starters, future menus will be highly customizable.

“Using Chipotle as an example, they have an up-charge for most add-ons, such as guacamole or queso,” Haris Bacic, cofounder of Pricelisto.com, told The Food Institute. “Additionally, their menu is structured so that they can charge different prices for each protein type, so they can always introduce new protein varieties. Just recently they announced the addition of smoked brisket, which unsurprisingly is the most expensive protein on their menu.”

Most also said they expect future menus to be highly digitized and clearly highlight which ingredients are vegan, allergen-free, locally sourced, etc.

“In the future, we might see apps that not only let you access the menu but also make your order even before you’ve been seated at your table,” said Melissa Collins, partnership manager at Perfect Brew.

Chris Romani, the CEO of Restaurant Smarts, noted that many restaurants are taking an increasingly scientific approach to building menus and said, “in the near future, we will see voice become a way that people can order, [by saying, for example] ‘Hey Google, order me a Big Mac from McDonald’s.’”

Others envision augmented reality, or AR, becoming a key element of restaurant menus in the not-too-distant future.

“People eat with their eyes first,” said Bob Vergidis, founder of pointofsale.cloud. “The menu of the future will use augmented reality to allow guests to see the food from various angles in front of them. … This will serve not only as a great visual, but it will have functional benefits, as well. People will be able to see, to scale, how big a meal is, how it is prepared with contextual information about the ingredients used.” 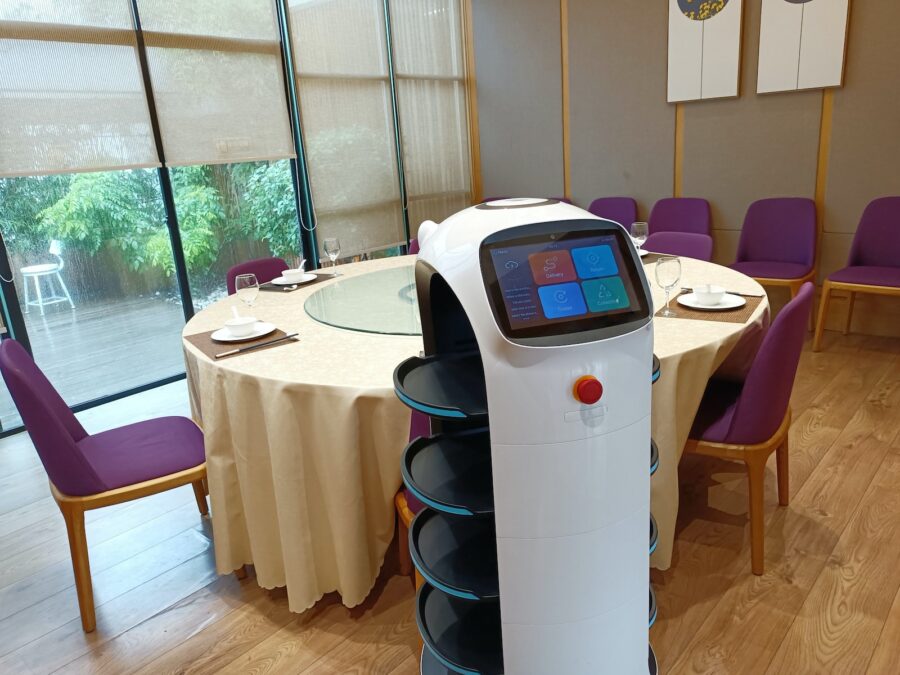