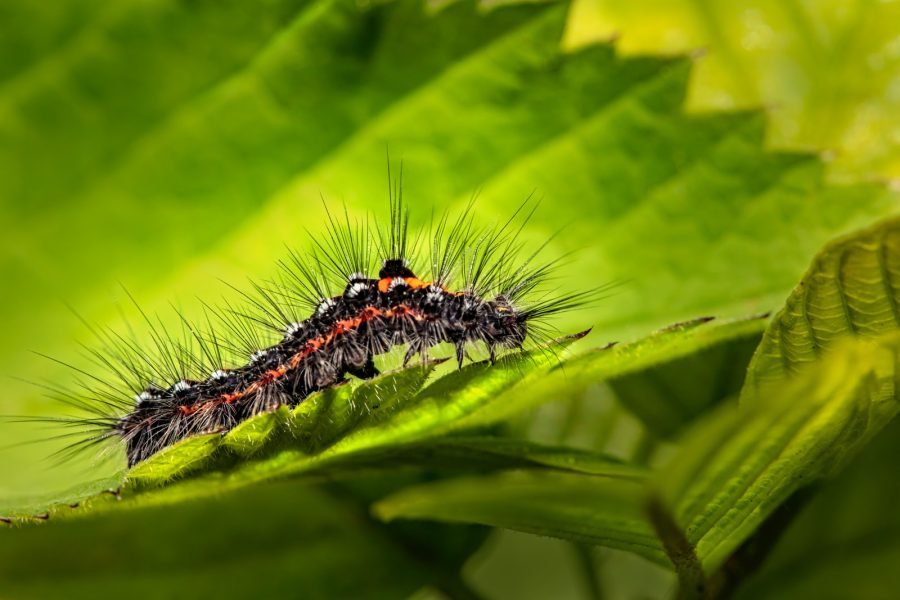 Armyworms are chomping their way across the country, destroying crops (and lawns, for that matter), and leaving masses of eggs behind.

“This year is like a perfect storm,” Rick Brandenburg, an entomologist at North Carolina State University, told USA Today recently. “In my 40 years, I have never seen the problem as widespread as it is this year.”

Fall armyworms are more destructive than their true armyworm cousins.

The latest farm fields to take a hit from the destructive, though rarely seen armyworm are in Kansas. Kansas State University crop entomologist Jeff Whitworth said that, for the first time in roughly 15 years, many Kansas farmers are reporting sightings of the small worm, which feeds on corn, sorghum, wheat and other plants when other food sources become scarce, reported KAKE-TV (Sept. 30).

This short video from WBNS-TV in Ohio displays the devastation armyworms have caused to crops in the central part of that state.

The best way to manage the pests, according to Whitworth, is by planting as late as possible. A study in the International Journal of Pest Management (April 29, 2020) found climate change can be responsible for an outbreak.

Dutch cow-herd reduction: Dutch farmers may bear the brunt of Netherlands climate change fighting efforts as a result of the government’s plan to reduce cow herds by nearly a third by 2030, The Guardian reported (Sept. 9).

Netherlands developed the plan after an administrative court found the country was in violation of EU law and needed to reduce excess nitrogen. The Cattle Site reported (Oct. 2020) the number of Dutch cattle could be reduced from 16,000 in 2018 to about 11,000 in the next decade. The government laid out its plan in August. The problem is cattle waste. If urine mixes with feces, the result is ammonia, which then runs off into streams and lakes. Excessive pollution can damage natural habitats.

Feed limiting: A Kansas State University researcher is studying whether limiting consumption of dry matter by calves can reduce methane released in cow belches and flatulence, AgWeb reported (Sept. 21). One KSU professor said research indicates manure output can be reduced by 35%. The “limit feeding” diet is made up of just 13% roughage and more digestible feeds like dried distiller’s grains or wet corn gluten feed, along with 38% corn.

Mad cow: A case of bovine spongiform encephalopathy – better known as mad cow disease – has been confirmed in Somerset England, Meat + Poultry reported (Sept. 21). The U.K. Animal and Plant Health Agency imposed movement restrictions to try to contain the disease, noting there has been no evidence contaminated meat has made its way into the food supply. The announcement comes just a year after the U.K. had resumed meat shipments to the U.S., which had been banned since 1996 due to a widespread BSE outbreak.