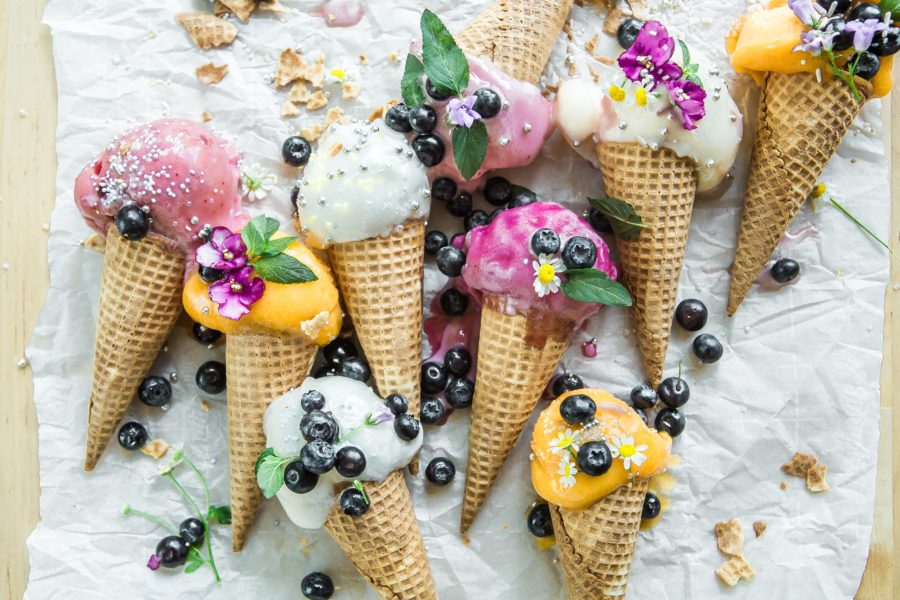 According to a study conducted by Allied Market Research (June 2020), the non-dairy ice cream market was valued at roughly $520 million in 2019 and is growing at a compound annual growth rate of 13.7%.

A separate study conducted by GQ Research (April 2021) found that, with 38.4% of the market, North America dominated non-dairy ice cream sales. The study also indicated that brands like Unilever, Tofutti Brands Inc., General Mills, Van Leeuwen, and Trader Joe’s are amongst the biggest players in the vegan ice cream market.

PART OF A BIGGER TREND

The increasing popularity of vegan ice cream is part of the growing demand for vegan and plant-based food products of all kinds. The plant-based industry was valued at $5.6 billion in 2020 in the U.S. alone and is projected to reach $10.7 billion by 2027, according to Research and Markets  (March 2021).

Multiple major food brands have plans to grow their production of vegan foods. Unilever, the maker of Ben and Jerry’s Ice Cream, has set its sight on a fivefold increase of vegan products in the next seven years — a targeted $1.2 billion of its sales, according to the Wall Street Journal (November 2020).