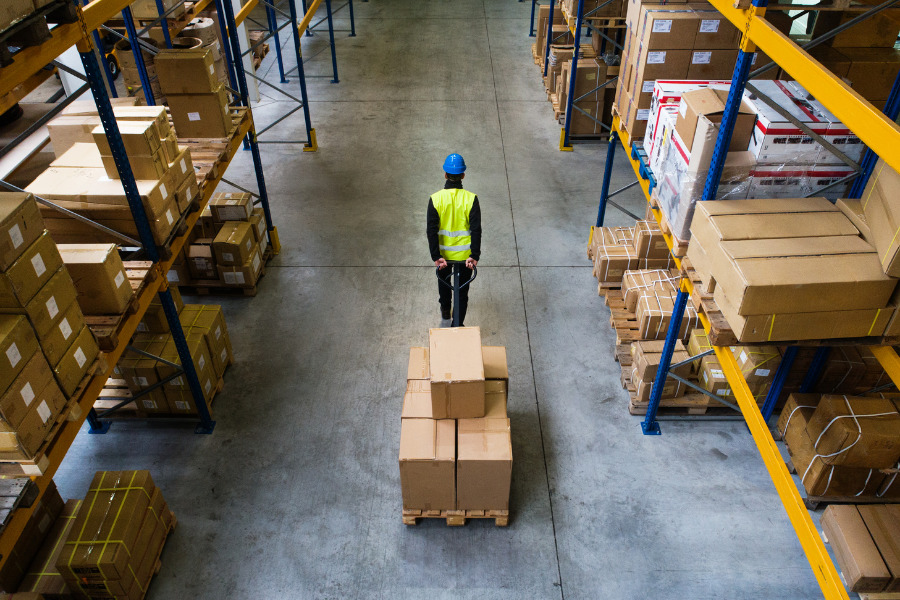 Some 5,800 Amazon employees at the company’s Bessemer, Alabama, warehouse voted in the last two months on whether to unionize in a move that could energize the labor movement and mean higher prices for those buying from the online retail giant.

Vote-counting was to begin this week after both sides exercised their rights to challenge the validity of individual ballots. Warehouse workers began voting Feb. 8 on whether to join the Retail, Wholesale and Department Store Union amid complaints about work rules and disciplinary action.

“It could be an awesome place to work … but there are some things that need to be repaired. And so I chose, and others chose, to stand up and do something about it,” Jennifer Bates, one of the pro-union workers at the warehouse, told NPR (March 29).

More than three dozen complaints have been filed against Amazon with the National Labor Relations Board, detailing unsafe workers conditions and other grievances, including lack of adequate break time that allegedly forced some workers to urinate in garbage cans. Among the other complaints are mandatory overtime, lack of time off for holidays and unreasonable deadlines.

Rodney Holcomb, an agribusiness economist at Oklahoma State University, told The Food Institute it’s tough to determine what impact unionization will have on prices “without knowing the percent of labor costs Amazon attributes to food handling, packaging and shipping,” as well as other merchandise.

“Basically, a vote to unionize Amazon employees would increase labor costs for Amazon and theoretically lessen Amazon’s real, or perceived, advantage in online delivery pricing relative to Walmart and other grocers. Will that happen? We won’t know without seeing how Amazon’s costs would change, or if Amazon changes the number of employees to manage the higher per-employee costs of unionization,” Holcomb said in an email.

The vote also coincides with antitrust investigations of the retail giant and congressional probes of its practices.

“I think everyone is seeing through the P.R. at this point and focusing on both their economic and political power,” Amazon critic Sarah Miller, who runs the antitrust think tank American Economic Liberties Project, told the New York Times (March 25).

This is not the first unionization vote Amazon has faced. In 2014, maintenance and repair techs at a Delaware warehouse voted on joining the Machinists and Aerospace Workers union. That drive failed as did an earlier bid to unionize 400 call-center workers in Seattle, which was closed in the 2000 dot-com bust.

Amazon has been pushing back against the latest effort.

“The fact is that Amazon already offers what unions are requesting for employees: industry-leading pay, comprehensive benefits from the first day on the job, opportunities for career growth, all while working in a safe, modern work environment,” an Amazon spokesperson told The Food Institute in an email.

“We opened this site in March 2020 and since that time have created more than 6,000 full-time jobs in Bessemer, with starting pay of $15.30 per hour, including full healthcare, vision and dental insurance, 50% 401(K) match from the first day on the job. … We work hard to support our teams and more than 90% of associates at our Bessemer site say they would recommend Amazon as a good place to work to their friends. We don’t believe the RWDSU represents the majority of our employees’ views.”

As the Bessemer vote proceeded, Politico (March 20) reported Amazon faced a rash of strikes across Europe, protesting labor conditions and lack of protection from the coronavirus.

“No matter what language they speak, Amazon workers around the globe will not stand for the working conditions they’ve been forced to endure for too long,” RWDSU President Stuart Appelbaum said in a press release. “Last week it was Italian workers, this week German workers, as the union vote count gets underway tomorrow for Alabama workers. What unites them all are the unacceptable working conditions at Amazon facilities everywhere. The Bessemer, Alabama Amazon workers stand in solidarity with Amazon workers in Germany and throughout the world who are standing up and fighting for the dignity and respect they deserve.”