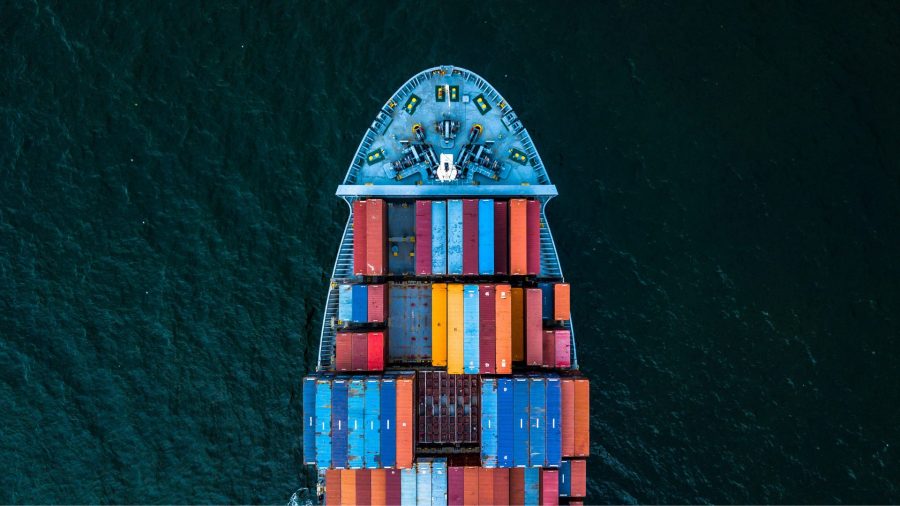 It’s a simple, two-part question, but it begs a complicated answer: Why are global shipping costs so high, and when will they moderate?

While the rest of the U.S. economy seemed to hum in a post-vaccine world, one of the main pain points from the start of the pandemic continues: port backups and delays are causing major issues for importers, exporters, food companies, and consumers.

Backlogs at Ports and Shipping Depots

Tom Greene, president of Bainbridge Island, Washington-based Interpack Northwest Frozen Foods, has a unique perspective on the global shipping situation. He said “an army of fully-loaded ships from Asia [were] parked all over Puget Sound waiting for berths” in an e-mail to The Food Institute.

Global Trade Magazine noted in a Aug. 10 article that backups in Tacoma and Seattle continued, with the U.S. Coast Guard helping to redirect some vessels as they waited weeks to unload. Additionally, these offloading delays could cause a container shortage for new freight.

Greene, who previously worked with global shipping company K-Line, noted the situation was further complicated by backlogs at cold storage facilities, which were sometimes booked out more than two weeks. Meanwhile, shipping rates for trucks within the U.S. were skyrocketing.

Although container factories are expected to produce a record 5.4 million 20-foot-equivalent (TEU) shipping containers in 2021, “container dislocation” continued to push prices up and hamper global shipping efforts, according to Drewry Shipping Consultants Ltd. Drewry’s executive John Fossey said there were enough TEUs in principle, but inventories were not broadly distributed across the globe, reported The Wall Street Journal (Aug. 4).

Meanwhile, China-US container shipping rates hit a new record high on Aug. 11, based on figures from the global container freight index. For the first time, the number surpassed $20,000 per twenty-foot equivalent unit, up from $16,000 on Aug. 2, reported China Daily (Aug. 12).

The Journal noted factories that create containers were concentrated almost exclusively in China, and a years-long decline in production led into 2019 as global trade growth slowed and economic uncertainty grew.

Lars Jensen of Denmark-based shopping consultant Vespucci Maritime spoke with the Journal and noted that in the early months of the pandemic, consumer demand slumped and shipping lines cancelled routes, leaving thousands of empty containers stuck in the U.S. Additionally, the blockage of the Suez Canal and a shutdown at a key southern Chinese port only compounded issues.

Problems to Persist Longer in 2022

Any hopes of the global shipping situation easing in early 2022 appear unfounded.

Josh Gellert, president of global food importer Camerican International, noted the logistics front continued to pose a challenge. Gellert spoke with The Food Institute in a recent episode of The Food Institute Podcast to discuss the situation in June, and provided an update via email.

“Things continue to be challenging on the logistics front. … We are entering the holiday shopping situation so that puts extra strain on a severely strained global freight situation,” he wrote.

Camerican senior director of global supply chain Michael Murphy, who also shared his insights on the podcast, originally argued the global shipping situation would not ease until the beginning of 2022; now, he argues, it could be even longer.

“As the situation becomes more difficult now in 2021 for shippers, the forecast for 2022 becomes easier to predict: the crisis will not ease for trans-Pacific freight until at least mid-2022,” he noted.

Gellert said the delta variant added uncertainty, making it even harder to accurately forecast the supply chain. However, Murphy argued that the delta variant would not impact the global situation much if at all, as it would not increase nor decrease consumer demand. He did note, however, that companies continue to build up some safety stock.

“Logically speaking, this practice adds more to the demand and presses further on the equipment shortage,” he noted.