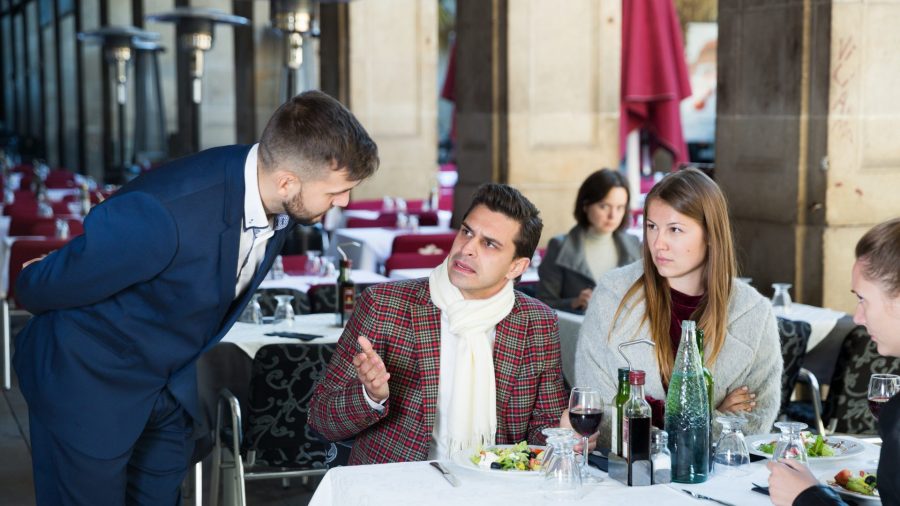 Restaurants and hotels are pushing back against unruly customers and eschewing the adage “the customer is always right.”

Some 60% of restaurant workers said they had suffered from emotional abuse and disrespect from customers, and 78% said their mental health was negatively affected in the past 12 months, according to a report from Black Box Intelligence, reported The Wall Street Journal (Sept. 28).

The report cited concerns about mental and physical health as one of the top driving factors contributing to the restaurant staffing shortage.

Abuse against retail workers in general has also spiked during the pandemic, reported Business Insider (Sept. 20).

In May 2020, a security guard at Family Dollar in Michigan was shot and killed after he stopped a customer from coming into the store because her daughter wasn’t wearing a mask. One month later, a grocery store cashier in Atlanta was shot dead following a mask dispute, according to police.

Business Insider also noted that reports of workers being attacked or customers becoming chaotic or aggressive have become common over the last 18 months with 80% of workers polled earlier this year saying that they’ve experienced hostile behavior from customers who didn’t want to follow safety protocols, and 39% said they were leaving their jobs because of it.

WORKERS BRING ATTENTION TO THE ISSUE

Mike McNamara, founder of Massachusetts-based Hog Island Beer Co. recently posted a message on Facebook that included the hashtags #thecustomerisnotalwaysright and #goodvibesonly, telling customers who don’t have “good vibes” to “please find another place to spend your money.”

He decided to publicly post after a man in a large group became belligerent, badgering a teenage hostess to seat the party at an unavailable table.

In addition to social posts such as the one made by McNamara, several businesses have taped signs to their front doors that simply read “BE KIND OR LEAVE.” The signs are part of a “Please Be Kind” campaign created this summer by the Rhode Island Hospitality Association, which also created signs for break rooms listing mental-health resources for the hospitality industry.

Employees are also taking matters into their own hands. Last month, employees at a Los Angeles McDonald’s held a rally outside the restaurant to protest what they described as a pattern of violence at the hands of the customers.