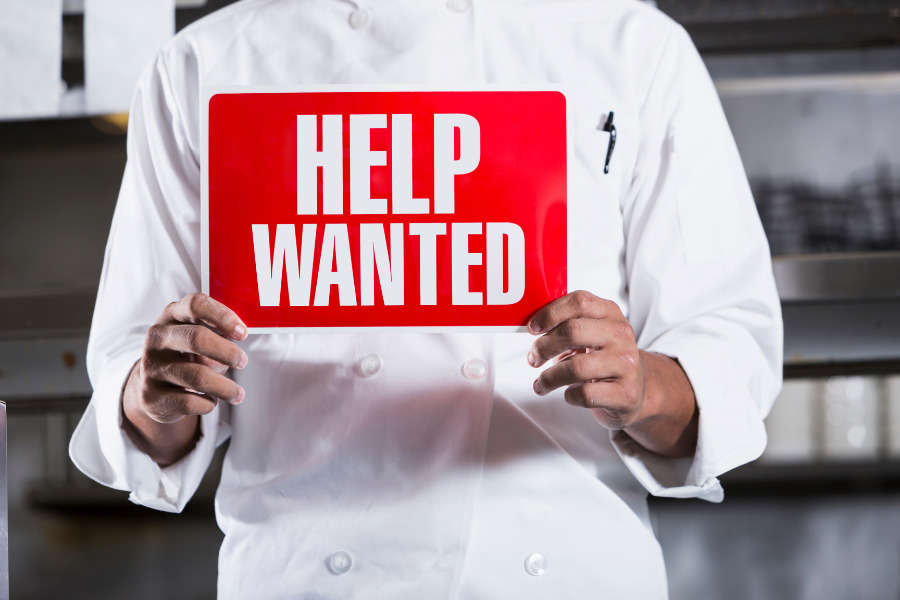 Restaurants and supermarkets are struggling to find enough workers to open new locations, as noted by The Wall Street Journal (June 3).

There were a record-high 8.1 million unfilled jobs at the end of March, according to the Labor Department, including 993,000 at restaurants and hotels and 878,000 at stores. Grocery and restaurant executives say expanded unemployment benefits and federal stimulus checks are making it more difficult to find people willing to work at their stores.

However, there’s also the element of COVID-19, despite increased vaccinations. Surveys have shown that some people still say they aren’t working because they worry about spreading or contracting the virus. Such concerns directly affect restaurants and supermarkets, where workers are indoors and interact in close quarters with customers, who may now be maskless.

Shake Shack, for example, said hiring is a top concern as it seeks to open around 40 restaurants this year. “It will not be easy over this next year,” said CEO Randy Garutti to The Wall Street Journal.

One popular Berkeley, California eatery, Augie’s Montreal Deli, is even going as far as “hibernating” for the summer starting June 1, due to the labor shortage and supply chain issues, reported SFGate (June 2).

Retail is also having trouble with new openings. Fresh Encounter Inc., a Midwest grocery chain, has hired just 15 of the 100 employees it wants for a new store in Carmel, Indiana, according to CEO Michael Needler Jr. He said he expects hiring and retention to be difficult as the pandemic lingers and unemployment benefits remain.

Things could still potentially be looking up for new businesses, as new applications for regular unemployment benefits fell below 400,000 in late May for the first time during the pandemic, reported MarketWatch (June 3). Initial jobless claims dropped by 20,000 to 385,000 in the week ended May 29, the government said today, marking the fifth decline in a row.