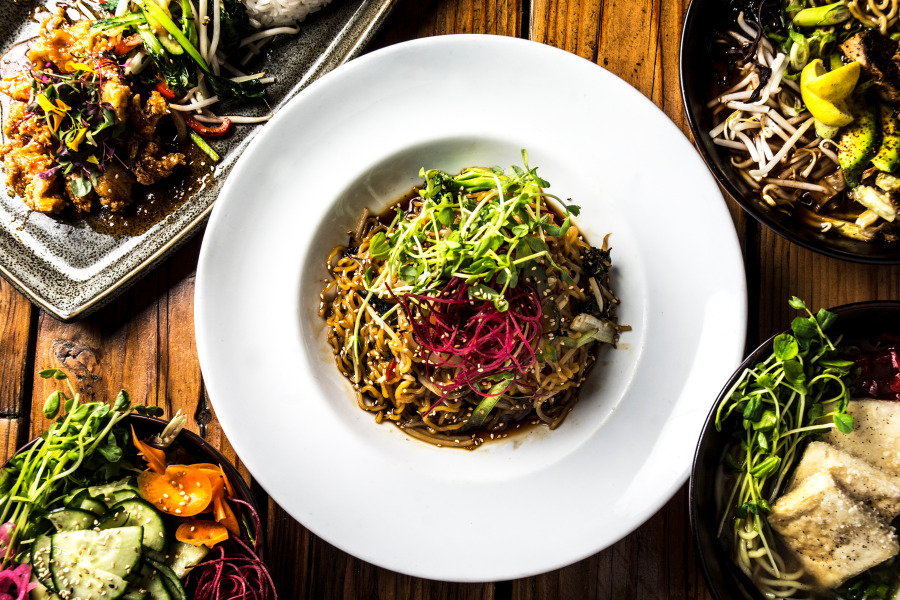 Coming as no surprise, plant-based food is making headlines again. In addition to other news, one of the world’s most renowned restaurants is going entirely vegan.

Perhaps the biggest plant-based news of late is that chef Daniel Humm is leading a relaunch of New York City’s acclaimed Eleven Madison Park as an all-vegan restaurant. Of the 132 restaurants worldwide with three Michelin stars, EMP will become the first with a meatless menu, reported Bloomberg (May 3).

“It was clear that after everything we all experienced this past year, we couldn’t open the same restaurant,” said chef Humm in a letter on the Eleven Madison Park website. “With that in mind, I’m excited to share that we’ve made the decision to serve a plant-based menu in which we do not use any animal products.” Humm added that he found himself “most moved and inspired by dishes that center impeccably-prepared vegetables, and have naturally gravitated towards a more plant-based diet.”

So why an entirely plant-based menu? “This decision was inspired by the challenge to get to know our ingredients more deeply, and to push ourselves creatively. It wasn’t clear from the onset where we would end up.

“All this has given us the confidence to reinvent what fine dining can be,” wrote Humm. “It makes us believe that this is a risk worth taking.”

New York City-based recipe website Epicurious announced it will no longer publish new beef recipes over concerns about climate change, as noted by The New York Times (April 27). The shift was “solely about sustainability, about not giving airtime to one of the world’s worst climate offenders,” Epicurious said in an article. “We think of this decision as not anti-beef but rather pro-planet.”

The publication said the decision to publicize its shift was connected to a recent increase in beef consumption reported by USDA. “The conversation about sustainable cooking clearly needs to be louder; this policy is our contribution to that conversation,” the brand said.

Outside the U.S., Brazil’s JBS is set to buy Dutch vegetable-based protein company Vivera for more than $408 million to expand its offerings and appeal to consumers who want to eat less meat. Vivera includes a portfolio of 50 products and sells in the Dutch, German and U.K. markets, accounting for roughly 60% of Europe’s plant-based protein market.