As 2022 comes to a close, the vertical farming industry has been hit with a series of high-profile closures. This news came as a shock to many given that, just last year, investments into the industry reached US$ 3.66 billion. While there continued to be an influx of investment in 2022, the challenges to indoor farming rose faster. 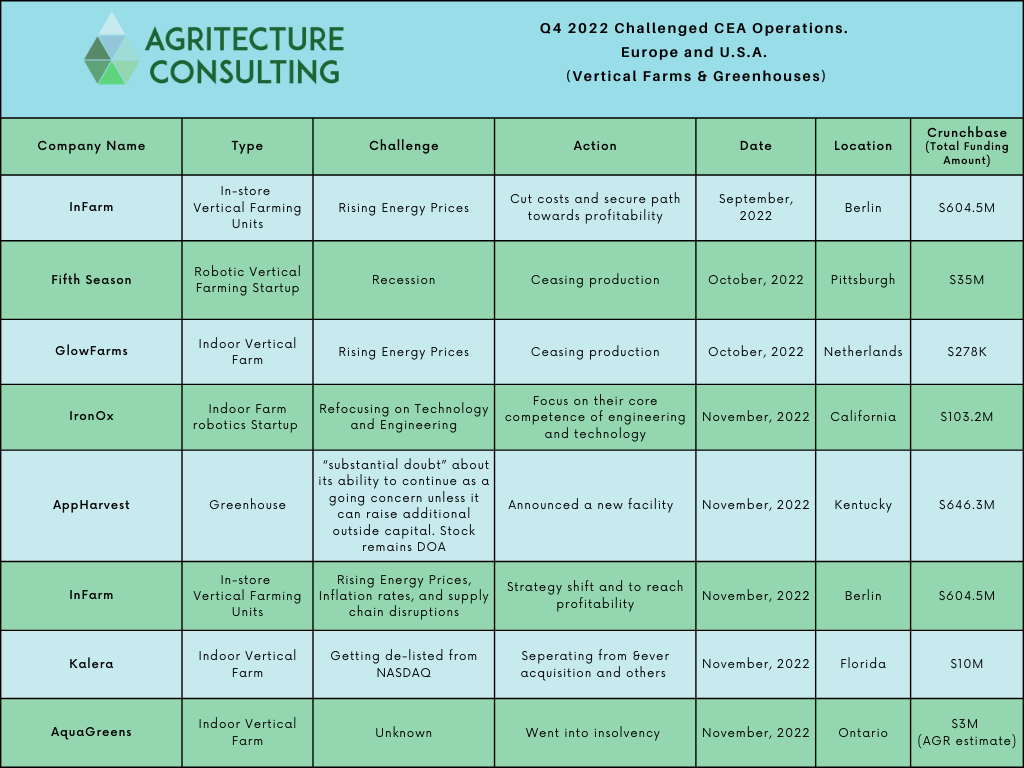 Power is one of the biggest costs associated with running any kind of business, and it’s no secret that indoor farming has an energy problem. Consider:

Why is energy use so high?

In order to produce year-round, vertical farms rely on artificial lighting and humidity control systems which consume energy at high rates. Even before the recent volatility in the energy market, the energy demand of these systems made the sustainability and viability of vertical farming extremely difficult.

How have the worldwide energy crisis and supply chain delays affected the vertical farming industry?

As indicated above, if energy has a standard cost north of a few cents per kwh, it’s easy to see why a vertical farm’s operation costs must be carefully balanced in order to stay afloat. With ongoing supply chain delays for key inputs like fertilizer, labor shortages, recession fears, and the dramatic uptick in energy prices, that balance has been made harder to achieve, and we are seeing reckonings across the world for vertical farms unable to maintain it. Several vertical farms have ceased operations and others are dramatically cutting costs through consolidating operations and layoffs:

There are other CEA businesses, including equipment providers like Iron Ox, and high-tech, indoor farming companies such as AppHarvest that have seen recent struggles as well. 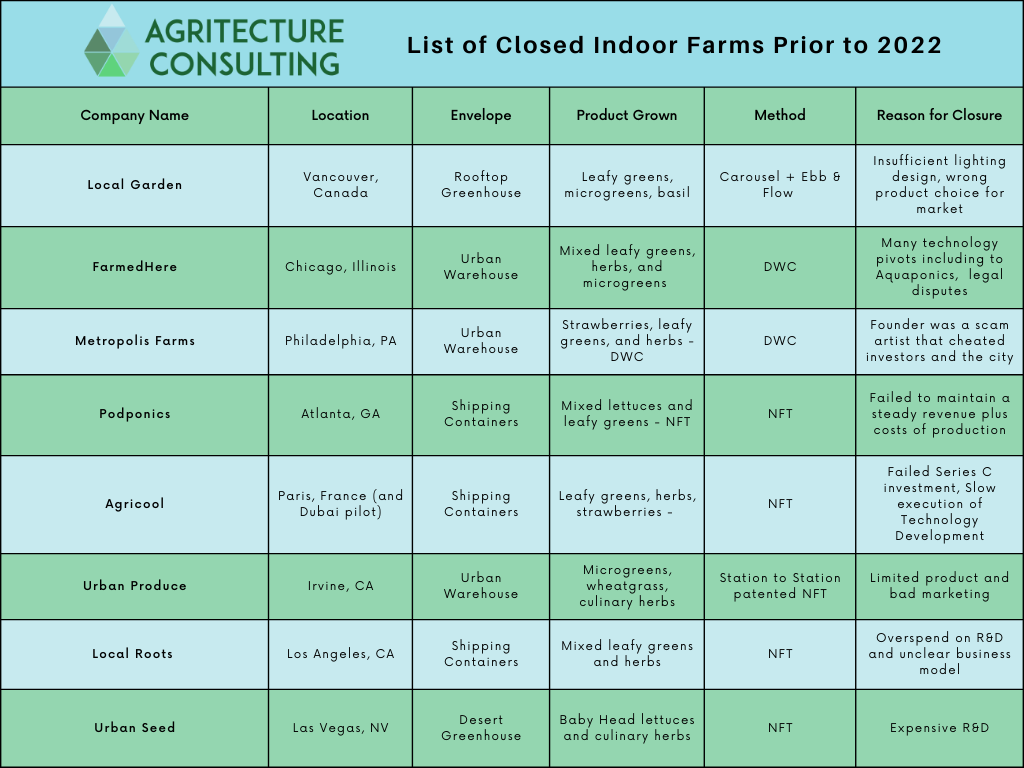 Experts in the industry initially became concerned about the state of the industry last year after CEA darlings AeroFarms and AppHarvest both experienced setbacks. In December of 2021, Henry Gordon-Smith, Founder and CEO of Agritecture, explained in this AgFunder article that he thought the industry was edging towards the “trough of disillusionment” as defined by the Gartner Hype Cycle.

What is feeding the trough of disillusionment?

Outside of the energy issues (for which the industry is continuing to explore solutions), there are two primary enemies that the sector can combat together. The first enemy is hype.

Hype includes activities like exaggeration, dishonest marketing, and greenwashing. Despite numerous warnings, free resources, and education from experts across the industry, most of the biggest players in vertical farming have engaged in hype without remorse. In the long-term, it’s harmful to them, their investors, and the food system as a whole.

The second enemy is a lack of planning and due diligence.

There is something about vertical farming and the dream that Dr. Dickson Despommier first promoted in 2010 that has seduced many to get involved with vertical farming without proper preparation. We see vertical farms today making the same mistakes that vertical farms did 5 years ago. We also see investors in a feeding frenzy of FOMO rushing to bet on a horse instead of understanding the fundamentals of the race itself. There should be no excuse at this point for repeating these mistakes and this unnecessarily risky behavior at this point. Why? Because the industry has matured and there are numerous free and paid ways to get necessary answers.

Industry experts are still ‘long’ on vertical farming. They believe it has a place in the food system, can be more sustainable than it is today, and can be profitable when planned and operated responsibly. Getting the entire industry to rise to the occasion and reach its objectives will require much collaboration, benchmarking, and elevation of successful suppliers and business models.

Editor’s note: Henry Gordon-Smith is the founder and CEO of Agritecture, an advisory services and technology firm focused on climate-smart agriculture. Niko Simos is a researcher for the firm.