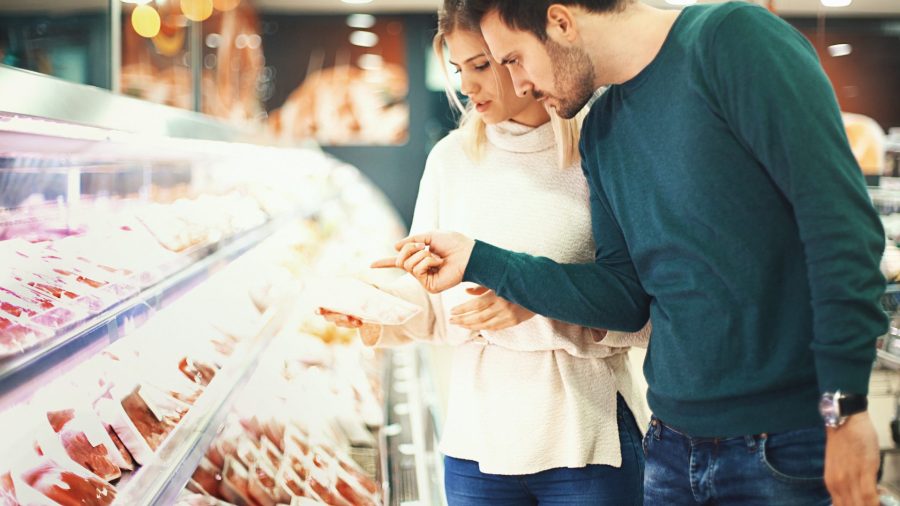 The idea of a meat tax has been in the spotlight as of late to reduce consumption of beef due to its effects on climate change.

The United Nations said that emissions from livestock account for 14.5% of total greenhouse gas emissions across the planet, with almost two-thirds of those emissions coming from cattle, particularly in the form of the methane gas emitted by the animals, noted MarketWatch (Nov. 2).

Ahead of the current U.N. climate change conference, also known as COP26, a British politician signaled his support for a meat, as well as dairy, tax in the U.K.

George Eustice, the U.K.’s Secretary of State for Environment, Food, and Rural Affairs, told the Telegraph that taxes are being considered in connection to meat and dairy due to their impact on global warming. “We need to do the thinking about it now,” he said.

“I wouldn’t support a meat tax,” she told Sky News. “It’s really important that we support our fantastic British farming industry and rather than using the stick to encourage people to become more climate friendly, we use the carrot.”

WHAT ARE THE CHANCES OF A TAX IN THE U.S.?

As of now, the Biden Administration has not signaled the possibility of any meat tax, or any efforts to reduce meat consumption in the U.S. in general. As a result, at present, it seems unlikely that the government would enact a climate change-related meat tax.

At a virtual briefing of the North American Agricultural Journalists association earlier this year, Agriculture Secretary Tom Vilsack said: “There’s no desire, no effort, no press release, no policy paper — none of that — that would support the notion that the Biden administration is going to suggest that people eat less meat.”