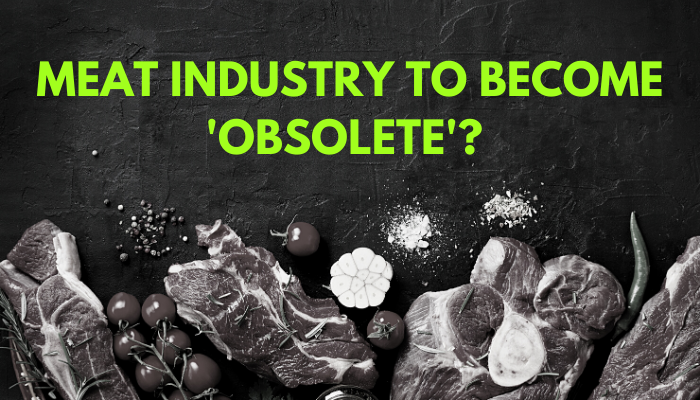 “From a nutritional standpoint our products match the protein quality and content of the animal products that they replace. Ours is a clear winner from a health and nutrition standpoint," said Brown.

“This is why I think people are increasingly aware plant-based products are going to completely replace the animal-based products in the food world within the next 15 years. That’s our mission. That transformation is inevitable," he added.

The company recently inked a partnership with Starbucks to carry the Impossible Breakfast Sandwich at most U.S. locations. Brown noted the deal is important in raising awareness and interest with customers, as about one-third of the U.S. population aged 18 to 29 visit Starbucks at least once a month. This will help Impossible tap into the young adult demographic.

“Starbucks was one of our—if not the top—targeted outlet, just because of the power of their brand and their ubiquity,” Brown said. “It’s just a great opportunity for exposure and trial.”

The Impossible Breakfast Sandwich offering is also an attempt by Starbucks to offer more sustainable food options. Impossible products can already be found in chains such as Burger King, Qdoba, White Castle, Red Robin, among others.

Meat consumption around the world has already taken a hit during the coronavirus pandemic.

Consumption of high-end meat cuts have fallen in Brazil since isolation measures started in mid-March, reported Bloomberg (June 23). The impact on meat consumption will only increase, according to Thiago de Carvalho, researcher at the Center of Advanced Studies on Applied Economics of University of Sao Paulo.

After moving to cheaper beef cuts, many Brazilians probably will replace part or all of their beef consumption with cheaper proteins like chicken and pork. “Lower income earners will have no more options and may stop consuming meat, not only beef, with protein consumption limited to grains, eggs, and cheap processed food, such as sausages,” said Carvalho.

Brazil’s beef consumption , the world's third largest, is seen falling 10% this year. Chicken and pork demand won't increase enough to offset the drop in beef, meaning consumption of the three types of meat is likely to fall 2% in 2020, according to Cesar de Castro Alves, an agriculture consultant at Itau BBA.

In China, analysts predict the country's seafood consumption in June will collapse over concerns that seafood may be the cause of the second coronavirus wave, reported Reuters (June 24).

Alibaba’s Taobao and JD.com have cut imported salmon sales in Beijing, while food delivery company Meituan Dianping pulled all salmon products from its platform nationally. Meituan Grocery said it stepped up examination of raw and fresh products, adding searches for Japanese cuisine and seafood on its app plummeted across China since June 12, a day after the recent Beijing market outbreak started.

However, plant-based fish could help fill the void, reported Forbes (June 3). Atlantic Natural Foods started offering TUNO, a fishless tuna alternative made from soy, yeast, and sunflower extract, in 2018, while Impossible Foods revealed in 2019 that it was working on a plant-based fish.

Currently, this is a gap in the food industry that companies can take advtange of since plant-based seafood only makes up 1% of total plant-based meat dollar sales.

According to recent data from the Plant Based Food Association (PBFA), U.S. retail sales of plant-based foods outpaced total food sales during the pandemic by a considerable margin. Peak panic buying in mid-March saw plant-based food sales up 90% compared to the previous year. This trend continued for the following four weeks, with total plant-based...