Over the past few months, supermarkets needed to adapt quickly to COVID-19-implementing various policies around safety, hiring, and delivery.

One way supermarkets are ensuring safety is by requiring employees and customers wear face masks. Wearing a mask is now compulsory in several states and cities, but some individual retailers also have their own rules.

At Walmart, with 10% of its workforce on leave, the company started to require all staff to wear masks, reported The Wall Street Journal (April 18). Worker absences at Walmart have risen because of illness, fear of coronavirus, and more aggressive health checks and generous leave policies, according to interviews with executives and store workers.

Publix Super Markets provided facemasks to all employees across its system and mandated their use on April 20, reported Miami Herald (April 20). The company cited CDC guidance on the use of masks for the policy shift as the company originally discouraged or forbade wearing gloves or masks.

The grocery chain also set up protective barriers at the registers to block germs between cashiers and customers. Other stores taking this same measure to prevent the spread of coronavirus between shoppers and employees include Publix, Kroger, Giant Foods, and Albertsons.

Many supermarkets across the U.S. are hiring, encouraging the unemployed from other industries to apply to help them keep up with demand.

In March, Instacart announced it would hire 300,000 contract workers on top of its existing 200,000 shoppers. It has since met that goal and now plans to grow its shopper network 250%, reported TechCrunch (April 23).

Kroger will provide a $2 premium above standard base rate of pay for all hours worked between March 29 and April 18. The Hero Bonus, to be disbursed weekly, is in addition to a one-time bonus for frontline associates. The company is also forming partnerships to temporarily hire workers furloughed by restaurants, hotels, and foodservice distributors. It already filled over 23,500 new jobs and plans to hire another 20,000 workers.

The UK’s largest supermarket, Tesco, is hiring 20,000 extra staff to meet surging demand and provide cover for sick colleagues. The company, which spent 12% of total revenue on salaries in its last financial year, increased hourly wages by 10%.

Lidl U.S. also looked to hire up to 1,000 temporary employees during the COVID-19 crisis, reported ABC 11 Raleigh-Durham (March 26). The jobs are for a minimum of two months across its store network and distribution centers.

Even as stores implement the safety measures mentioned above, many consumers are choosing to have groceries delivered, or opting for curbside pickup.

Online grocery ordering is continuing to surge with 51% of shoppers placing an order in the past four weeks ending April 7, according to a report from Acosta. Of online grocery shoppers, 33% made their first-ever online order in that period, up 5% from the previous report.

At Target, digital sales in April nearly quadrupled, rising 275%, reported Fortune (April 23). Additionally, on some days, the volume of orders for its drive-up service have been seven times that of a typical day, while in-store pickup has been twice as busy as Cyber Monday.

“For years, we’ve worked towards using our stores as hubs, and today that is proving absolutely critical in managing record-breaking fulfillment volume,” said Brian Cornell, CEO for Target. “I certainly expect us to continue to gain share in this environment and be a retailer that the guest is turning to during the pandemic.”

However, one grocery store that won’t be implementing curbside pickup, or even self-checkout, is Trader Joe’s, reported SF Gate (April 23). The reason behind this is the company would rather invest in its employees, according to Matt Sloan, Trader Joe’s president of marketing.

“Creating an online shopping system for curbside pickup or the infrastructure for delivery, it’s a massive undertaking,” Sloan said. “It’s something that takes months or years to plan, build, and implement and it requires tremendous resources. Well, at Trader Joe’s, the reality is that over the last couple of decades we’ve invested those resources in our people rather than build an infrastructure that eliminates the need for people.”

Supermarkets have fundamentally evolved as a result of the coronavirus. Analysts predict consumers will continue to cook at home as the economy recovers, noting sales of more than two-thirds of kitchen electronics tracked by NPD Group grew by double-digit percentages in the week ending March 21, reported The Wall Street Journal (April 23).

Although some of the recent modifications may be somewhat relaxed as the U.S. opens the economy, the underlying changes will likely remain for the long term. 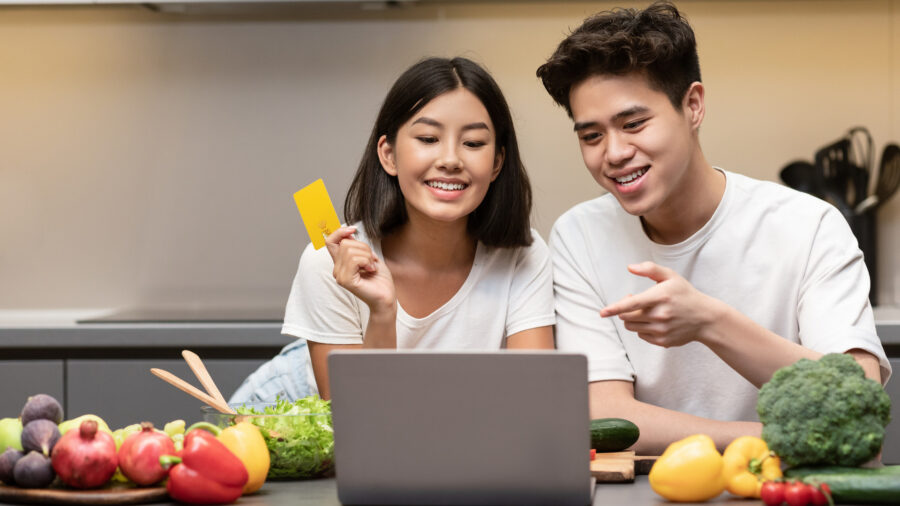