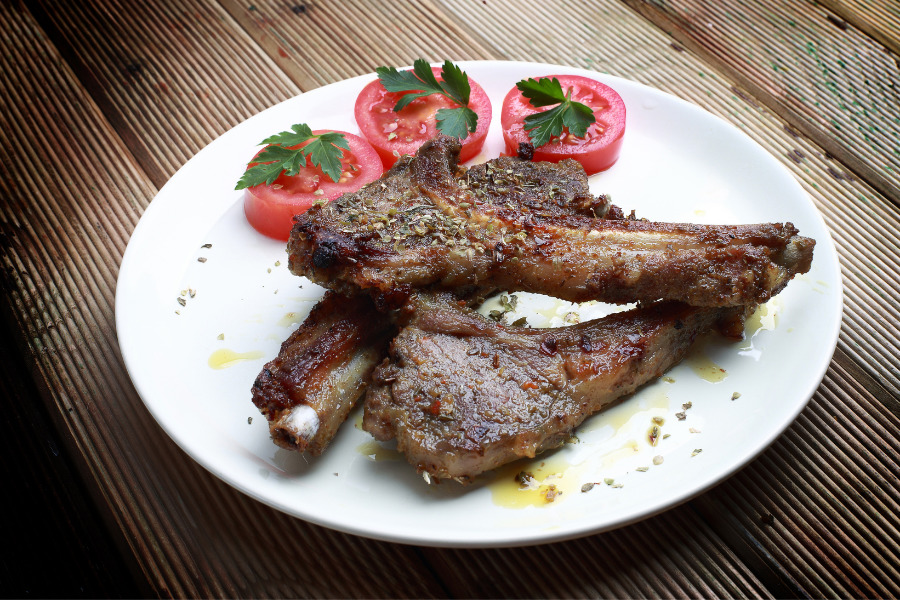 While shoppers used to be wary due to its higher price tag, store sales of lamb jumped 28% year-over-year as of last month, according to Nielsen. Meanwhile, beef sales rose 25.6% and pork sales increased 20.5% over the same period, reported The Seattle Times (April 3).

“Lamb has had a tremendous 2020 and continues to track far ahead of prior year sales levels in 2021,” said 210 Analytics’ Anne-Marie Roerink in an interview with The Food Institute. “When the supply for beef, chicken and pork was tight … out-of-stocks drove people to experiment with other proteins, including lamb.”

Here’s a look at other factors that have increased lamb’s popularity of late.

Adventurous millennial eaters and home chefs have fueled a good portion of retail demand, but there’s another factor that’s been boosting lamb’s popularity in recent years—growing demand among first-generation Americans from the Middle East and southern Europe, where lamb is a staple.

Mediterranean chains, such as Cava and Taziki’s, are also helping fuel demand. Taziki’s partnered with the American Lamb Board in 2020 and the company reported an 11.3% increase in sales of their lamb-based menu items, including the lamb gyro, compared with 2020.

During the pandemic, many consumers have attempted to get the restaurant experience at home.

“There are several reasons for [lamb’s] popularity at retail, starting with people recreating restaurant meals at home,” said Roerink. “Foods like pizza, burgers or chicken did really well in terms of takeout and delivery, but lamb dishes are not much of a takeout food.”

Roerink also noted that many holiday celebrations became at-home affairs over the past year.

“Some of these holidays were huge eating out occasions [in the past] and we’re now looking at the second year that many of those dollars are spent at retail. People are trying to serve up something special and that brings lamb to many more tables around the country,” she said.

THE FUTURE OF LAMB

Will lamb’s popularity continue to increase? There’s still a considerable amount of uncertainty, particularly as restaurants open back up and consumers are able to order their favorite lamb dishes when dining out.

Another important note is that the growing trend of lamb consumption contradicts the “climatarian” diet, which is now favored by a growing number of consumers. Climatarian diets aim to reduce the consumer’s carbon footprint by eating locally produced food, and choosing pork and poultry instead of beef and lamb (to limit gas emissions). As climate-driven diets become more mainstream, it will be interesting to see if lamb—and other meat products—remain as popular.